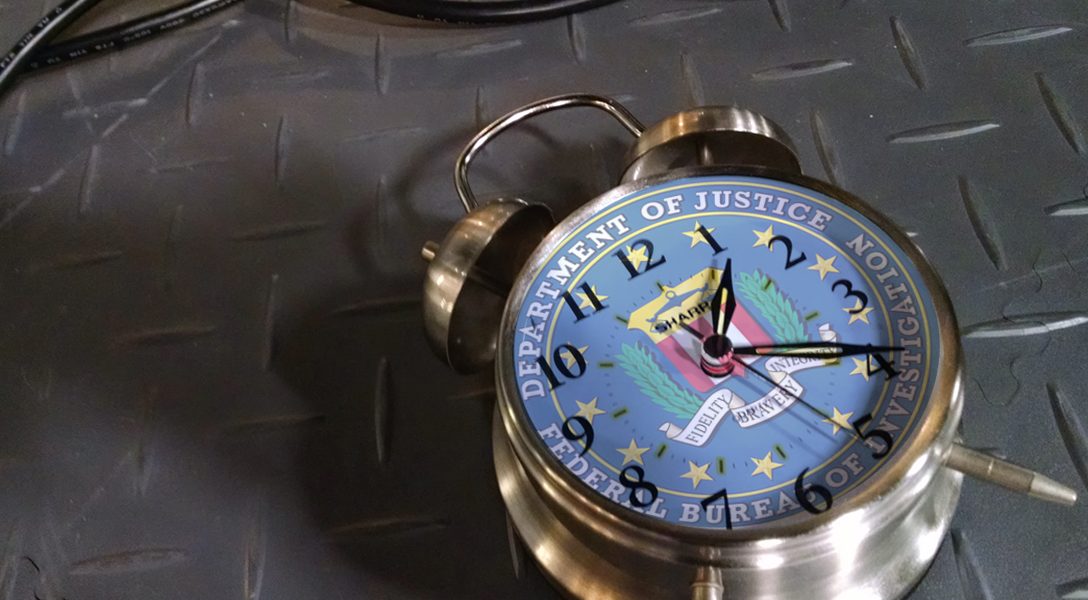 Open Letter to John Podesta: This Is Your FBI Wakeup Call

I get that you’re upset about the Federal Bureau of Investigation’s (FBI) role in the outcome of the recent presidential election. I read your op-ed.

You noted that the FBI had its agents crawling all over every aspect of Hillary Clinton’s email server, and that the director, James Comey, re-fanned that scandal’s flames in late October in a way that may have swung the election. Yet as you pointed out, Comey couldn’t be bothered to send a single agent to the Democratic National Committee to share the Bureau’s conclusion that the Dems were being hacked by Russians.

Congress should more vigorously exercise its oversight to determine why the FBI responded overzealously in the Clinton case and insufficiently in the Russian case. The FBI should also clarify whether there is an ongoing investigation into Trump, his associates and their ties to Russia. If ever there were a case of ‘intense public interest,’ this is it. What’s broken in the FBI must be fixed and quickly.

But, as you are experienced in the ways of Washington, it is hard to believe that you are just discovering something “broken” in this enormously powerful institution.

Or just learning that it marches to the beat of some other drummer — never truly conforming to the dictates of the president, or the public.

Since you blew it with Hillary Clinton’s campaign, it seems self-serving to announce only now that there’s something troubling at the J. Edgar Hoover Building — and to confine your comments to the narrowest possible issue, the one that deals only with your candidate.

If you really want to do something for the country, you should take a good look at the broader and deeper — much deeper — range of problems related to an agency that is, in some respects —America’s secret police.

WhoWhatWhy has been almost alone among news organizations in asking questions about the FBI — about the frequent “mistakes” it makes, about its imperviousness to outside investigation or legitimate criticism.

These “mistakes” are inextricably linked to basic threats to democracy in America  —  and even to the physical safety of its citizens.

And we can prove it. Here are a few stories that are well-documented — and that is why they are so hair-raising:

The FBI had advance knowledge of a contingency plot to assassinate Occupy leaders in Houston and issued no warning to those in danger.

The FBI targeted friends of the Boston bombers to silence them — to keep them from revealing, among other matters, some curious Russian aspects to the story.

The FBI was warned about the future NY/NJ bomber but did nothing.

The 1993 World Trade Center bombing occurred after the bureau pulled a key informant out of the ring behind the attack. That same year, the FBI had a human source in direct contact with Osama bin Laden and discovered that he was eager to finance terror attacks on the United States.

The FBI ignored and then covered up warnings, from one of its own agents, about a 9/11 conspirator, the so-called “20th pilot”.

The FBI discovered direct ties between 9/11 hijackers and a Florida family wired into the Saudi royal family — and has covered that up ever since.

The FBI warned the former head of the Senate Intelligence Committee to stop looking into aspects of the 9/11 attacks.

The FBI had a snitch in the middle of the Oklahoma City bombing conspiracy — before the bombing.

Reports of interviews filed by FBI agents are known to be so unreliable and dishonest that in one case, a federal judge refused to be interviewed by agents unless he was allowed to review their report and make corrections.

The FBI sat back while its snitch directed cyber-attacks and tried to entrap others.

The Department of Justice admitted that the FBI “microscopic hair comparison unit”regularly overstated forensic matches when testifying against criminal defendants  — which may have led to wrongful convictions in hundreds of cases.

Instead of correcting the problems they exposed, the FBI punished agents who quietly brought those problems to their attention, and who became whistleblowers only as a last resort.

Half a century ago, the FBI hyped false claims about Lee Harvey Oswald in order to connect Fidel Castro to the assassination of John F. Kennedy.

The FBI continues to withhold evidence related to Pearl Harbor 75 years later. At the time, Hoover had been informed of a “general investigative delinquency in the field during the period immediately prior to and subsequent to Pearl Harbor.” But Hoover pointed the finger at others.

And that’s just a sampling.

Curious why the FBI still holds its vaunted and enormously powerful position atop the American establishment after so many egregious “missteps”? Why J. Edgar Hoover’s ghost has never been exorcised from the place?

In part, the blame rests with the media, which has been complicit with the FBI by continuously presenting the FBI in a falsely flattering light from its inception until now.

And in part, it rests with Democrats who wear the mantle of reformers, but perpetually play it safe, and avoid asking tough questions or demanding change.

As for Republicans, they — with the exception of Iowa Sen. Chuck Grassley — have never shown the slightest interest. Indeed, the GOP has long viewed the FBI as a reliable ally with shared values.

With Trump’s election, we may have a better sense why.