There are some striking similarities between the recent New York/New Jersey bombings and the Boston Marathon bombing, including the use of pressure cooker bombs. But the similarity that really should be ringing everyone’s alarm bells — yet apparently has not — is the revelation that the FBI had prior connections with both bombing suspects.

A number of contradictions and discrepancies in the FBI’s account of those contacts prompts troubling questions about whether the FBI is coming clean about its interest in Ahmad Khan Rahami.

And just as the Bureau did with the purported Marathon bombing mastermind Tamerlan Tsarnaev (and Orlando mass murderer Omar Matteen — another person with whom the FBI was familiar prior to the act), the FBI is painting a minimalist picture of its prior contacts with Rahami, the accused Manhattan and Jersey shore bomber.

Another reason for concern is the contradiction between the FBI’s “hands off” approach to investigating Rahami (and Tsarnaev) and the well documented and usually very aggressive tactics used against most people with even the thinnest of terrorist connections.

Rahami’s father, Mohammad Rahami, claims he first alerted the FBI about his son’s radical tendencies after his son assaulted family members. “He warned federal agents explicitly about his son’s interest in terrorist organizations like Al Qaeda and his fascination with jihadist music, poetry and videos,” according to The New York Times.

The FBI denies that Rahami senior told agents who interviewed him anything about “radicalization” or “links to Al Qaeda, the Taliban or their propaganda.” By definition, if he had, then the FBI botched the investigation. Or is something else going on?

Based on what they were told, the FBI says it conducted an “assessment,” the lowest level of investigation also used to check on Tsarnaev, which included an interview with the father, a review of Bureau databases and public records, and checks with other agencies. The FBI claims the assessment did not turn up anything that warranted further inquiry.

“If he had been communicating directly with the terrorist organization and the father said ‘Look here’s the email, here’s the phone call, here’s the communication,’ that would be something different that would allow the FBI to get an investigation,” ex-FBI special agent and counterterror expert Tim Clemente, said on Fox News’s “Fox & Friends.”

The implication is clear: Had Rahami senior given investigative agents more specific information about his son’s activities, the Bureau would have dug deeper. But is it really up to the tipster to provide the FBI with iron-clad proof before they investigate a serious accusation?

Besides, many of the individuals targeted by FBI terrorism investigations and stings had no known connections to terrorist organizations, hence the moniker “lone wolf.” 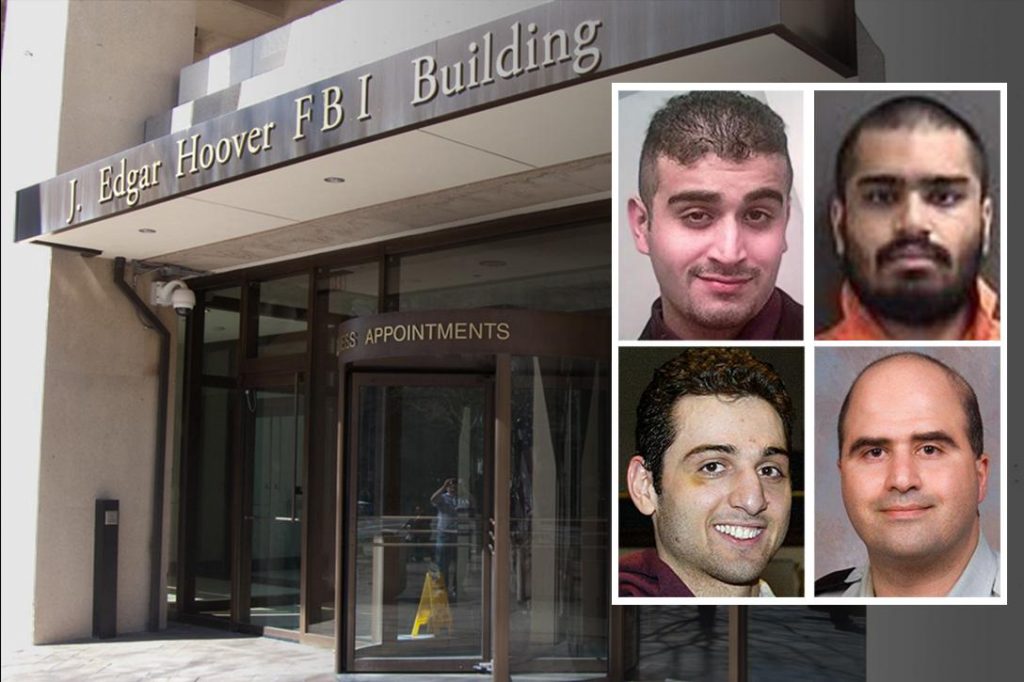 This was the official line after the Marathon bombing: If only the Russian intelligence services gave us more information on Tamerlan Tsarnaev, we would have investigated him more. The New York Times explained why:

The Russian government declined to provide the FBI with information about one of the Boston marathon bombing suspects two years before the attack that likely would have prompted more extensive scrutiny of the suspect, according to an inspector general’s review of how US intelligence and law enforcement agencies could have thwarted the bombing.

The “information” withheld by the Russians, according to an anonymous official, was a vague description of an intercepted phone call between Tamerlan and his mother during which they discussed Islamic jihad. But as we pointed out at the time, “the reality is that the Russians had already warned that Tamerlan was an Islamic radical, and it is not clear how this additional information would necessarily have provided anything truly substantive to add to a request for spying authority.”

That is, unless FBI agents already knew, or thought they knew, what Tsarnaev was up to with all the jihadi-talk.

Further complicating the FBI’s version of events, then-FBI director Robert Mueller — in a little noticed exchange at a congressional hearing weeks after the bombing — admitted that Tsarnaev’s name had come up twice in FBI records prior to Russia’s warning. Mueller’s admission renders dubious the claim that it was Russia that brought Tsarnaev to the attention of the FBI.

Unequal before the FBI?

The mainstream press has taken note of the alarming number of “known wolves” carrying out violent acts after having some kind of interaction with the FBI.

However, this is typically noted as a curious “coincidence,” which is quickly explained away. The fallback claim for the FBI, and FBI apologists, is that the Bureau’s agents are somehow hamstrung by America’s laws protecting civil liberties and that the system is overwhelmed by the number of terrorist investigations.

But if that were actually the case, then why does the Bureau, in some cases, spend years of man-hours and untold sums of money following around and provoking certain individuals into terrorist plots that, upon closer inspection, were not really much of a threat to anybody until FBI provocateurs got involved?

Take Sami Osmakac. A hapless if disturbed young man suffering from mental illness, whom the FBI “investigated” for years, including using a paid provocateur who ultimately cajoled Osmakac into plotting to bomb a local Irish bar. One of the FBI agents on his case can be heard in a recording leaked to the press calling Osmakac a “retarded fool” who didn’t actually have the capacity to plan the attack.

Then there is Khalifah al-Akili, who was also watched for years — and “worked” for months — by a paid informant who ultimately said of his target: “That dude ain’t going to bust a grape — he ain’t going to throw rice at a wedding, believe me.” But that didn’t stop the FBI from introducing yet another informant and continuing the (probably very expensive and time-consuming) investigation.

Advocacy groups like Human Rights Watch and Project SALAM have painted a picture of an FBI that is engaged in a systematic program of entrapment and trumping up charges against many Muslims who pose no real danger to the US.

Conversely, the FBI’s account of how it handled its investigations of Rahami and Tsarnaev contradicts this well-established track record of using extremely aggressive measures to “investigate” Muslims living in the US.

Why is the FBI applying this aggressive approach in such an unequal and seemingly arbitrary manner? Does the Bureau “go easy” on certain people whom they are using for some unknown purpose?

The Bureau claims to have conducted an “assessment” of Rahami that lasted all of three weeks. Predictably, it didn’t turn up anything. A similarly superficial assessment was conducted on Tsarnaev, who was not even an American citizen. Why the soft touch on these guys? Both of them already had a record showing a propensity for violence.

A line from the “it was Russia’s fault” New York Times article about Tsarnaev’s investigation  illuminates the kind of risky game that agencies like the FBI play with dangerous individuals: “At the time, American law enforcement officials believed that Mr. Tsarnaev posed a far greater threat to Russia.”

It’s not made clear whether the author was quoting or paraphrasing his source, but it’s a telling comment nonetheless. The US has a sordid history of supporting Islamic radicals who fought against Russian interests. (In a rather intriguing “coincidence,” Rahami’s father claims to have fought with the CIA-supported Afghan Mujahedin against the Russians in the 1980s.)

It’s important to remember that the FBI, despite its best efforts to portray itself as America’s premier law enforcement agency, is in fact a domestic spy agency involved in all kinds of domestic espionage and international intrigue.

If an individual brought to the FBI’s attention is somehow working for, or unknowingly recruited to play some “useful dupe” role for the Bureau or another federal agency, it stands to reason he or she would not be categorized as a threat.