Why Is the FBI Ignoring Bomb-Maker Connected to Tsarnaevs? - WhoWhatWhy
Reading Time: 7 minutes

With few exceptions, most major news outlets faithfully repeat the official account of what led to the 2013 Boston Marathon bombing, despite a number of still-unanswered questions.

The standard version of events pushed by federal agencies is that Tamerlan and Dzhokhar Tsarnaev, Muslim immigrants who had fallen on hard times, were disillusioned with America and were “radicalized” on the internet. Acting as co-conspirators and equals, they decided to exact revenge on their adoptive country by blowing up the Boston Marathon, without the involvement of anyone else — full stop. Case closed.

From the beginning, however, WhoWhatWhy has questioned this facile storyline put out by the FBI. There was — and still is, five years on — an unprecedented level of official secrecy surrounding the case.

But it’s important to juxtapose all that secrecy — by itself unusual — with the deluge of “unauthorized leaks” to the media from anonymous officials. What the public has been subjected to is secrecy-cum-spin. Steering the narrative by handing out self-serving “scoops” to establishment news outlets has largely discouraged any deeper inquiry.

It got so bad that the defense team for the surviving Tsarnaev brother, Dzhokhar, filed multiple motions pleading with the judge to order an investigation into the leaks.

Five years later, there are still many questions about the bombing that authorities have failed to answer. Perhaps the most troubling question for those living in Boston is: Who made the bombs?

And if the FBI knows, why hasn’t it bothered to tell the public? 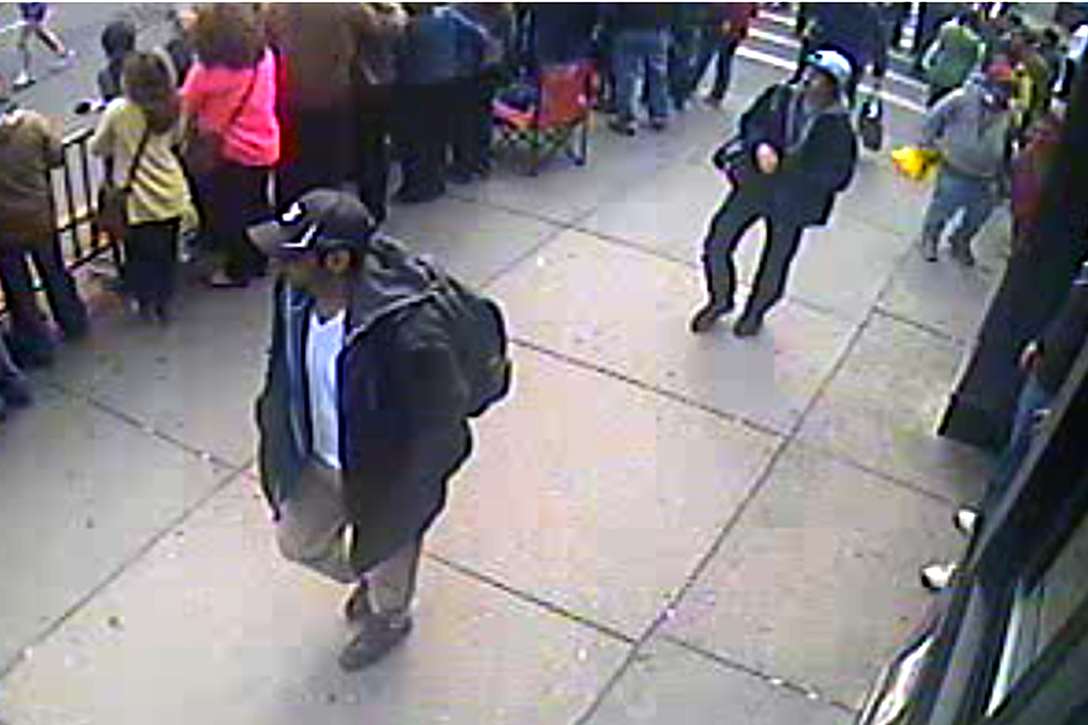 Tamerlan Tsarnaev (front) and Dzhokhar Tsarnaev, AKA suspects 1 and 2, on the day of the marathon bombing. Photo credit: FBI

WhoWhatWhy has documented how the government, from the beginning of the investigation through the conclusion of the trial, played a frustrating game of hide-the-ball regarding how the Tsarnaevs got the bombs. And from the time the bombs went off until late in Dzhokhar’s trial, law enforcement officials, explosives experts and even the prosecution claimed that the bombs were “sophisticated,” and that it would have been difficult for the Tsarnaevs to construct them without outside help or training. NBC News reported that FBI agents testifying at Dzhokhar’s trial said that the bombs were built in Tamerlan’s apartment using instructions downloaded from al Qaeda’s online magazine, Inspire.

However, according to ABC News, analysts at the FBI’s Terrorist Explosive Device Analytical Center (TEDAC) determined the bombs had a “much more sophisticated design than that in the online magazine.” Retired Army Lt. Gen. Mike Barbero, former director of the Joint IED (Improvised Explosive Device) Defeat Organization (JIEDDO), told ABC News: “For a ‘novice’ pair of IED builders and emplacers, for them to work as they did, to be effective, that indicates to me a level of sophistication that they received some sort of training from somewhere.”

And a May 2014 motion filed by prosecutors states that:

Government prosecutors also wrote in that same motion that the fact they didn’t find any significant amounts of explosive powder in the Tsarnaevs’ apartment or cars “strongly suggest[s] that others had built, or at least helped the Tsarnaevs build, the bombs, and thus might have built more.”

So what does all this mean? It’s pretty clear the brothers were involved in constructing the bombs. It’s possible — even likely — they had help.

We also showed how much of the evidence the government presented, particularly about the bomb-making materials, was (intentionally?) selective and vague. This allowed prosecutors to imply that younger brother Dzhokhar played a direct role in preparing the bombs, without actually stating flatly who did what.

Ultimately, testifying FBI agents and the prosecution engaged in rhetorical gymnastics when it came to exactly where the bombs were made.

Recently, Newsweek published an article with the provocative headline: “Whoever Built the Boston Marathon Bombs Is Still on the Loose, Able to Kill Again.” In it, Boston-based investigative journalist Michele McPhee reviews a perplexing case involving bomb-making materials discovered two months after the Marathon bombing. This case was brought against a former Massachusetts Institute of Technology (MIT) employee, Daniel Morley, only to be subsequently dismissed.

What’s perplexing is that there were a number of suggestive similarities between the bomb-making materials found in Morley’s bedroom and the materials used to construct the bombs that exploded at the Boston Marathon finish line. And this was not the only “coincidental” connection between Morley and the Tsarnaevs.

The Newsweek article expands on previous reporting McPhee did for her book about the marathon bombing, Maximum Harm: The Tsarnaev Brothers, the FBI, and the Road to the Marathon Bombing. Among other startling revelations, McPhee’s book reports a significant strain of skepticism among Boston’s local law enforcement that the feds revealed all they know about the backstory of Tamerlan Tsarnaev.

And, as McPhee documents throughout the Newsweek article, multiple local law enforcement officers who were involved in the Morley case before the FBI came in remain baffled as to why the charges against Morley weren’t pursued further. 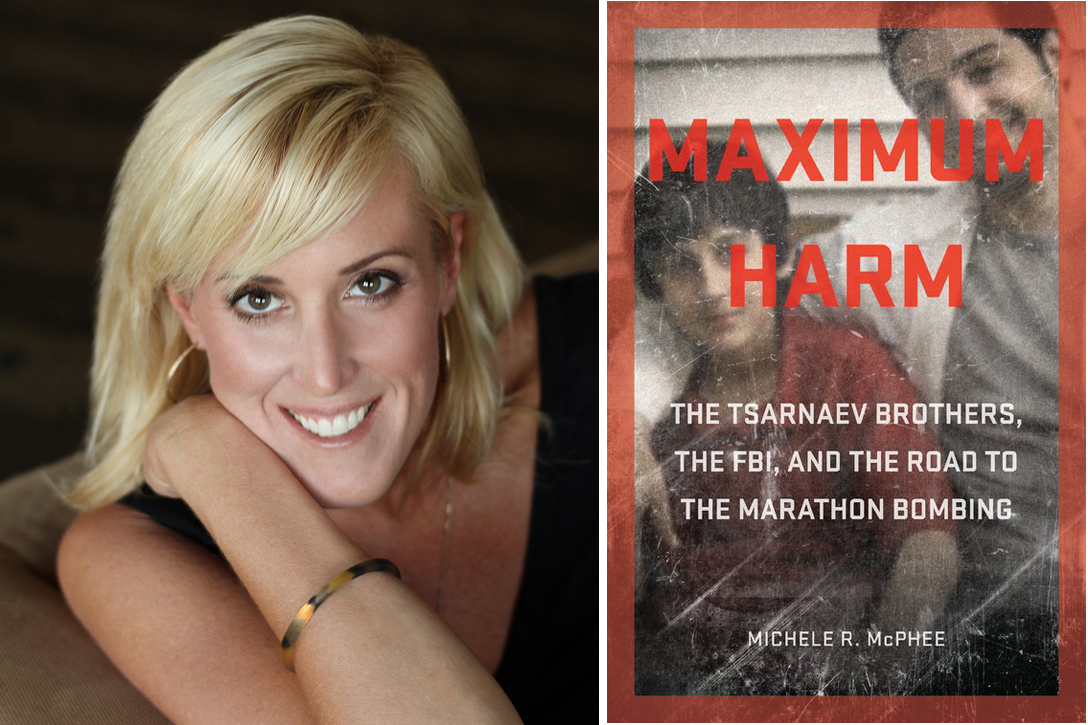 Less than two months after the bombing, police responded to a domestic disturbance in the small suburb of Topsfield outside of Boston, according to a police report reviewed by McPhee. Morley, 27 years old at the time, had allegedly attacked his mother and her boyfriend — both of whom then fled the house and called the police. Morley’s mother, Glenda Duckworth, told the police her son was acting erratically — behavior that had been building over the previous eight weeks, according to McPhee.

After a tense four-hour standoff in which Morley threatened to burn the house down and hijack an airplane, police finally coaxed him out of the house and sent him off to a mental health facility for treatment.

But when police searched Morley’s bedroom, they found something startling: “His room was a well-stocked bomb-making facility, and it had several components identical to those in the explosive devices used at the Boston Marathon,” McPhee writes in Newsweek.

There was “a staggering cache of explosive materials: metallic BBs, electrical wires, batteries, cell phone parts, circuit boards … buckets of aluminum foil, bags of powdery rice flour, tubs of chemicals, hobby fuse and wires … [and] fire starters.” He also had various firearms, ammunition and knives. A shed on the property that his mother described as a “work area” contained even more “known elements in homemade bombs.”

Most chillingly, investigators found the top of a box for a six-quart Fagor pressure cooker just like the ones that had exploded among marathon spectators only weeks before. Police also found an even bigger 24-quart pressure cooker in a closet next to a bag of fertilizer commonly used to make explosives.

Is it possible that Morley was just a copycat inspired by the Marathon bombing? McPhee told WhoWhatWhy in an email that the Topsfield police report indicates Morley was in possession of the materials “before the Boston Marathon [bombing].”

The FBI “didn’t find anything”?

According to a state trooper McPhee spoke with, FBI agents showed up on scene without having been called. The FBI ultimately seized the evidence that Topsfield police had collected — only to return it months later with the terse and vague statement “we didn’t find anything,” a Topsfield police commander told Newsweek.

Morley was initially charged by the Essex County prosecutor “with two counts of assault and battery, making a bomb/hijack threat and a threat to commit a crime.”

But the charges were ultimately dropped. The prosecutor did not explain the decision other than to issue a statement through his spokesperson: “Mr. Morley must comply with Department of Health, including medications, and not abuse his family.” The Essex County spokesperson referred all questions to the FBI.

The Bureau refused to answer any of Newsweek’s questions related to Morley. WhoWhatWhy reached out to the FBI requesting comment on the Newsweek article, but did not receive a response.

The FBI’s handling of Morley’s case is especially curious when one considers the way the Bureau has dealt with other individuals suffering from psychological problems who have engaged in any kind of activity associated with terrorism.

The FBI has ensnared dozens of individuals with mental health problems in elaborate terrorism “stings.” In many cases, paid undercover informants lured these individuals into a terroristic plot in an effort to see if they’d take the bait — even going so far as to provide the person of interest with the means to carry out a bogus attack (See here, here, here and here).

In the Morley case, the FBI failed to prosecute an individual who had allegedly amassed all the materials needed to carry out a real attack like the one that caused so much death and destruction at the Boston Marathon.

Keeping the Bomb-Maker Under Wraps?

Ultimately, Morley was held at three different mental health facilities for about two years, then released about a month after Dzhokhar Tsarnaev’s trial concluded. One local cop remarked to McPhee: “That’s a good way to keep someone out of sight until the trial is over.”

Jerry Flynn, executive director of the New England Police Benevolent Association, told McPhee: “It is incredibly troubling to look at the facts surrounding this guy Daniel Morley, and have no understanding whatsoever about why the FBI got involved … why the charges were dismissed and how the circumstances about his connection to the Marathon bombers were kept quiet [ellipsis in original].”

According to McPhee, “investigators” — it’s not clear which investigators — “suspect Morley also knew Tamerlan — they were in the same criminal justice class at Bunker Hill community college in 2008 and were both devotees of mixed martial arts.”

McPhee’s longform article is worth reading, as it details many other disturbing facts about Morley’s actions related to the Marathon bombing. But the FBI’s current disinterest in Morley, as documented in her article, seems especially relevant because it follows a pattern we’ve noticed.

WhoWhatWhy has pointed out other instances of strangely selective behavior toward individuals connected to the Tsarnaevs and/or the bombing.

There was an apparent “scorched earth” campaign of harassment, intimidation, and in one case killing, of individuals associated with the Tsarnaevs. Many of these people were close to the Tsarnaevs, and could, presumably, have filled in key details about the brothers’ backstory.

We have also written about other individuals who, like Morley, appeared to have plausible — indeed suspicious — connections to the case, but who were, as far as we can tell, ignored by investigators.

The very fact that some of these questions are slowly dripping out into the mainstream is a positive development. For our part, we will continue to chisel away at the still-formidable dam of secrecy.

7 responses to “Why Is the FBI Ignoring Bomb-Maker Connected to Tsarnaevs?”