Tsarnaev Guilty, but Who Made the Bombs? - WhoWhatWhy
Reading Time: 3 minutes 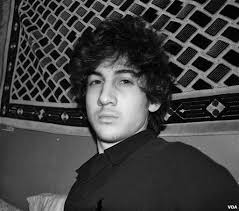 Dzhokhar Tsarnaev now faces the sentencing phase of his trial, even with some crucial questions about the case left unanswered.

It took a jury just over 11 hours to find Boston Marathon bomber Dzhokhar Tsarnaev guilty of 30 counts in connection with the worst terrorist attack on American soil since 9/11. Federal prosecutors argued Tsarnaev, 21, deliberately “shredded the bodies” of his victims and waged violent jihad to “punish Americans.”

Assistant US Attorney Aloke Chakravarty portrayed Tsarnaev as a heartless terrorist who, along with his  brother Tamerlan, carried out the April 2013 attacks that killed three and injured 264 others.

But while evidence of Tsarnaev’s culpability—including an admission of guilt from his own defense team—virtually guaranteed a guilty verdict, that wasn’t enough to stop prosecutors from twisting important facts to suit their own agenda.

Referencing “bomb-making” paraphernalia seized from Tamerlan Tsarnaev’s apartment, Chakravarty told the court that, “there is evidence, at least in part, that the bombs were built at 410 Norfolk Street.”

What the jury didn’t know is that in May 2014, prosecutors said they had no evidence the bombs were constructed at Norfolk Street, and in October 2014, a year-and-a-half after the bombings, the FBI said it still had no idea where the bombs were built, or who actually built them. 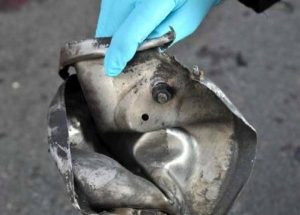 A remnant of the pressure-cooker bomb that exploded at the 2013 Boston Marathon.

The government’s own witness, FBI explosives expert David McCollum, testified he could not determine where the bombs were constructed—a fact seemingly forgotten by Chakravarty during closing arguments Monday.

And when prosecutors tried to explain away the total lack of Dzhokhar Tsarnaev’s fingerprints on the ‘bomb making’ materials, they simply tossed aside the pressing issue of who really constructed the marathon bombs and where:

“Inspire magazine [an Al Qaeda publication] advises to wear gloves when building bombs—it could mean the defendant was wearing gloves,” said Chakravarty. “But more important than who built the bombs is how they used the things.”

While no one was expecting anything other than a guilty verdict for Tsarnaev, the question of who built the bombs and where is a salient one. It should concern anyone who would seek to prevent future bombings.

In the rush to condemn Dzhokhar to death, why is the government seemingly content to ignore evidence that might point to the involvement of others in the planning and execution of the attack? What is their overall objective here?

For context, see this article in the Christian Science Monitor, on a recent case in which the FBI lured an unstable young man into a bomb plot and then practically handed him a bomb—albeit one that, at least in that case, was inert. This follows a long history of the FBI “helping” those expressing anger at the US to fulfill their wildest fantasies of revenge, before busting them. That the FBI was in contact with Tamerlan Tsarnaev, the now-dead elder brother of Dzhokhar Tsarnaev, prior to the Boston bombings, obviously deserves much more attention given the uncertain provenance of the bombs themselves.

0 responses to “Tsarnaev Guilty, but Who Made the Bombs?”