For more than six months, WhoWhatWhy has been asking questions about the Boston Marathon bombing and aftermath, pursuing our constitutionally protected duty. By and large, reaction from official sources has been mute.

Is the FBI conducting an honest investigation or working diligently on a cover-up? It’s impossible to know.

But the Bureau’s silence should be a red flag, since the FBI and other secretive U.S. agencies have a well-known record of duplicity when left to operate in the shadows.

Secrecy has become the rule. In Boston, the prosecutor of accused bomber Dzhokhar Tsarnaev has asked the judge to withhold filings from the media. The FBI won’t even identify the agent who shot and killed a key witness in the investigation in Orlando, Florida, let alone clear up the muddy circumstances around the shooting. And the Bureau has ordered the sealing of a county coroner’s completed autopsy report of that killing.

And it’s not only the media that is being stonewalled. Politicians are being shut out, as well.

U.S. Sen. Charles Grassley, a reliably conservative Republican from Iowa, is now demanding answers from the FBI about its bombing investigation. In a letter to bureau Director James Comey, Grassley criticized the FBI’s lack of transparency and asked for answers to a series of questions about the bombing he first asked in June.

Three months ago, U.S. Rep. William Keating, a Massachusetts Democrat, asked his own questions in a scathing letter to Comey. 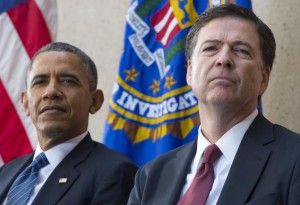 The information blackout of the past six months stands in stark contrast to the FBI’s river of leaks to pet reporters during the week following the April 15 bombing.

This tactic of handing out selective “scoops” gave the FBI control of the narrative as it steered public opinion toward viewing the Boston Bombing as an open-and-shut case against the Tsarnaev brothers, Tamerlan and Dzhokhar.

As part of the quid pro quo for these scoops, favored journalists are not likely to press the government for answers to discomfiting questions.

But don’t take our word for it.

CBS News correspondent John Miller enjoys most-favored-journalist status as a former flack for the FBI and other law enforcement agencies. He explained the scoops-for-softballs system in an interview with David Bauder of the Associated Press.

“I am reluctant to criticize authorities,” Miller said. “My interpretation of when they need to be (criticized) and somebody else’s might be different…If you’ve been there and you know how that works and what it’s like, and how easy it is to take potshots from the outside, your criticism is more measured, your analysis of what is worthy of criticism and what isn’t is slightly different.”

Our Pursuit of a Police Report

According to the official narrative, the Tsarnaev brothers were “self-radicalized” Muslims who hatched the bomb plot unassisted, constructed rather sophisticated bombs on their own, killed university police Officer Sean Collier for his gun (which they somehow did not take), and carjacked the still-anonymous “Danny” (who either escaped or was let go).

And in order to catch the Tsarnaevs, the Boston region was in essence locked down under martial law.

In scrutinizing the prevailing narrative, WhoWhatWhy has found it instructive to follow one of the many loose threads.

We sought a copy of a Cambridge, Massachusetts police report related to the “Danny” carjacking in Cambridge on the night the Tsarnaev brothers were revealed as suspects. We hoped to clear up some conflicting information.

We know the report exists. The Wall Street Journal published a story based on the document. The reporter, Pervaiz Shallwani, claims to have been given access to the official document.

Police incident reports are considered public information. Since the report had already been released to a Wall Street Journal reporter, we thought it would be a simple matter to get a copy for WhoWhatWhy.

We called Daniel Riviello, a Cambridge police communications specialist, to ask for the report. He replied that he would have to find out whether it was available for release.

Later that day, he replied by email that the report was being withheld under an exemption of the Massachusetts Public Records Law because it was part of an ongoing investigation.

That’s a broad exemption. It is hard to conceive of a fresh police report that is not part of an ongoing investigation.

We pointed out to Riviello that the report already had been released to the Wall Street Journal, and we sent him a link to the story. We asked him to explain what had changed in the release status of the police report since that reporter was given access.

I do not know how the Wall Street Journal (reportedly) obtained a copy of the report in question as it was not released by my office. My office is responsible for all releases to the media and this report was not released to the WSJ or any other outlets.

So we called Journal reporter Shallwani. He said he got the report from “a law enforcement source,” although he would not elaborate. He said the narrative section of the report included the name of the police officer who interviewed “Danny,” but the carjacking victim’s real name was blacked out.

Later, Cambridge police said the report had been forwarded to the U.S. Attorney’s Office in Boston, which is prosecuting the bombing case. We contacted Christina Dilorio-Sterling, the prosecutor’s spokeswoman, many times. She hasn’t replied.

WhoWhatWhy and the two skeptical politicians are not alone in wondering why law enforcement agencies are refusing to allow access to information about the Boston Marathon bombing.

Gatehouse Media, which publishes the Quincy Patriot Ledger, the Fall River Herald News and other papers in the Boston area, complained in a letter to the federal district court in Boston about the unprecedented lock on information about the bombing investigation.

Gatehouse alleges violations of the public’s constitutionally guaranteed right to scrutinize legal proceedings. The Herald News reported in late August that 48 entries were missing from the court file related to Dzhokhar Tsarnaev, which the publisher says is a violation of the First Amendment.

The article quoted from the letter:

Wide swaths of court records have been omitted in their entirety from the docket listings. The incomplete public docket sheet maintained in this case … does not accurately reflect the materials on file with the Court. As a result, the Newspapers’ constitutionally protected newsgathering and reporting efforts have been frustrated.

The fact that the circumstances culminating in Mr. Tsarnaev’s arrest and the charges against him have received extensive media attention is simply not enough to seal allegedly prejudicial information, (attorney Michael) Grygiel said, arguing that the high-profile nature of the case requires more transparency, not less, because justice must not only be done, it must be perceived as being done.

And, it turns out, Dzhokhar Tsarnaev’s defense team is facing the same obstacles.

A motion filed in court by the defense team lists numerous requests for exculpatory information that have either been denied or provided incompletely during discovery.

“Discovery” is a good idea, whether it’s part of a legal compact between adversarial attorneys or the often-contentious relationship between law enforcement and a robust, skeptical media.

Rushing to judgment, after all, is certifiably foolish.

One egregious media stampede involved Richard Jewell, the luckless security guard on whom was pinned the Atlanta Olympics bombing of July 27, 1996. The media circus was triggered by a scurrilous “extra edition” scoop in the Atlanta Journal, based largely on the reporting of an intern. 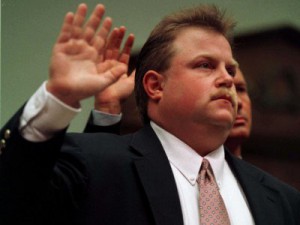 The article said Jewell “fits the profile of the lone bomber,” and the rush to judgment commenced. The FBI pursued Jewell relentlessly after the bombing, which killed two and injured 111 people.

Ultimately, it became clear that Jewell could not possibly have perpetrated the bombing. The FBI and the media were forced to admit their mistakes after tormenting Jewell and his family for months.

A decade later, Eric Rudolph, a violent anti-abortionist activist, was identified as the Olympic bomber. Jewell died of complications from diabetes not long after the true bomber was outed. 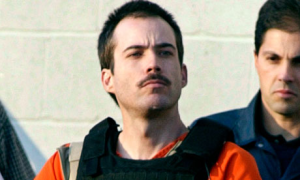 Would the investigation of Jewell have developed any differently today?  And how would we have reacted to the false accusation of this man today?  If anything, we seem even quicker now to accept simplistic views of complicated events—at least in part because we are kept in the dark by law enforcement.

In Connecticut, for example, the Hartford Courant continues to argue for release of the full state report on the massacre last December at Sandy Hook Elementary School.  Are there details in the report that might help stop future atrocities?

We may never know.

The timely release of detailed information related to complicated criminal investigations – the Kennedy assassinations, Sandy Hook, the Atlanta and Boston bombings–is one thing that makes open societies different from closed ones, democracies from oligarchies.

In all such cases, the media has a simple imperative: disclosure to the full extent possible. To do this, we must ask tough questions in the name of a public that has the right, and the need, to know the truth.

71 responses to “Monday Morning Skeptic: In Boston Bombing, FBI Fights for Public’s Right to Know… Nothing”