Heavily redacted notes from the hospital bed interrogation of Dzhokhar Tsarnaev were released at the end of February. Most media reports about the documents focus on portions that portray Dzhokhar as having played an active role in building and detonating the bombs that exploded on Boylston St.

But a closer read of the FBI’s summary of Tsarnaev’s statements to his interrogators raises questions about key details of the bombing and its execution.

First off, it is important to note that the interview notes are heavily redacted and therefore incomplete. But some of the things the FBI says Dzhokhar told his interrogators indicate a level of confusion or ignorance, or both, about important facts. They also raise questions about why the FBI has been selectively vague about key details of the case.

According to the interrogation notes, “Jahar carried a brown backpack [emphasis added] while his brother’s backpack was black. After parking, they walked…”

Now the backpack is brown?

The indictment, which was written a month and a half after the bombing, states that both bombs were concealed in black backpacks.

In a photograph of the shredded backpack lying in Boylston Street released by the FBI, it does indeed look black. 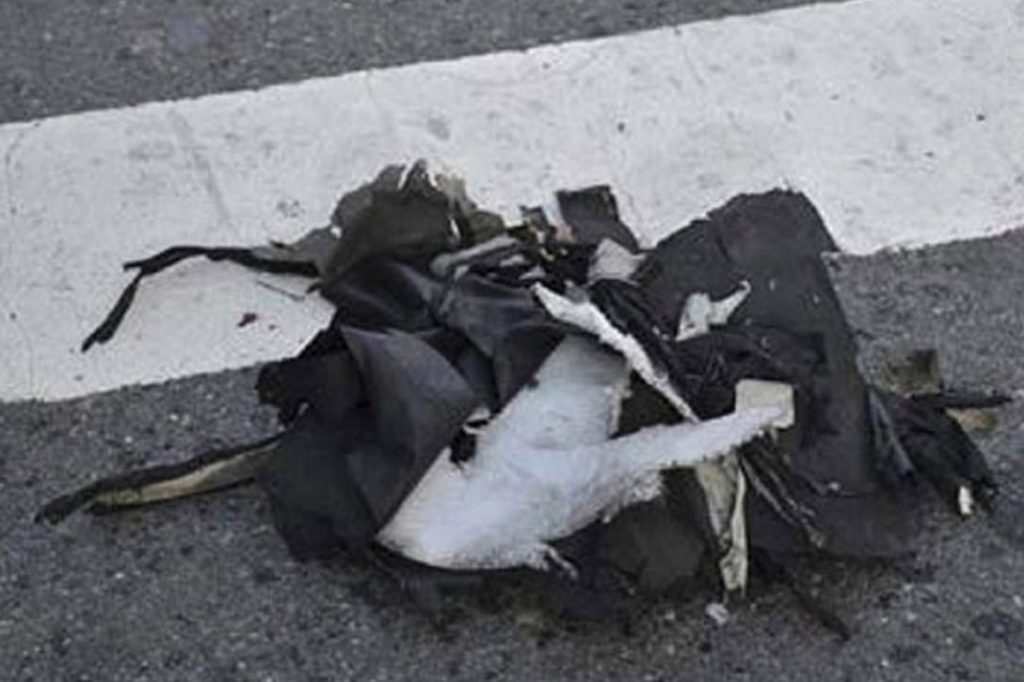 However, many observers have pointed out that, in surveillance photos, the backpack Dzhokhar can be seen carrying does not look black — or brown for that matter — but mostly white or light gray. 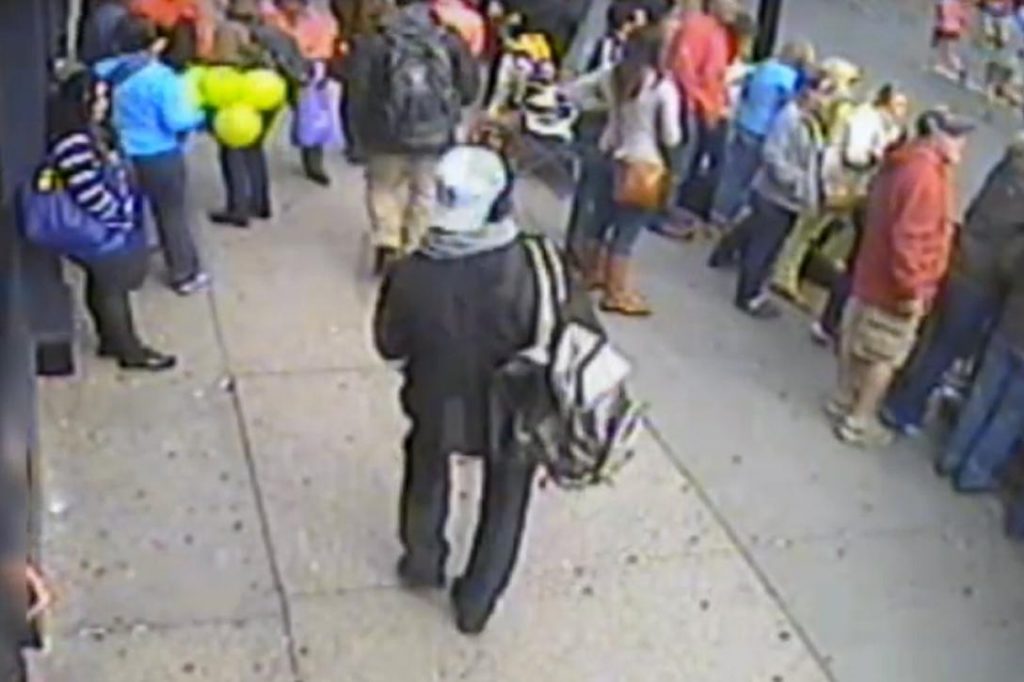 Why the discrepancy? Did the interviewing agent challenge him on this detail? Why is there so much ambiguity around such an important detail?

And there’s another problem: The “smoking gun” video that supposedly proves Tsarnaev placed an explosive laden backpack on Boylston Street. It actually shows very little. His actions are obscured by the crowd of people.

Shouldn’t the government be obliged to prove unequivocally that the exploded backpack found at the scene was at least the same color as the one Dzhokhar was carrying that day?

Also according to the FBI agent’s notes, Tsarnaev ”stated that he and his brother Tamerlan built two explosive devices in his brother’s home at 410 Norfolk…”

This implies that Dzhokhar took a more active role in constructing the bombs than has been previously described.

Dzhokhar also told agents, apparently, that the powder came from $200 worth of fireworks that he and Tamerlan had purchased in New Hampshire about a year prior. But that’s when Tamerlan was in Russia — January to July 2012. Considering Tsarnaev was being interrogated April 21 and 22 , 2013, the time-line can’t be accurate. 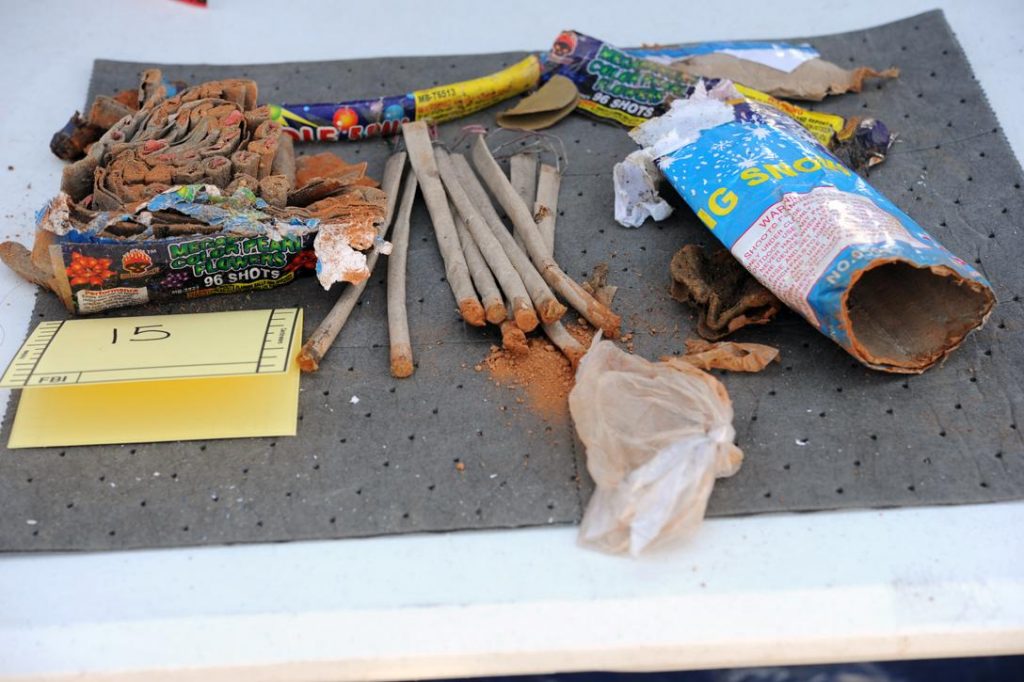 At which store, or exactly when these particular fireworks were purchased, is not clear.  But since the bombing, law-enforcement and media reports have consistently referenced a $200 purchase made by Tamerlan at Phantom Fireworks in Seabrook, New Hampshire two months before the bombing. Nothing about Dzhokhar buying fireworks was ever made public.

Most notably, that particular purchase would only constitute a small fraction of the amount of explosive powder needed to produce all the bombs the Tsarnaevs are accused of making and detonating.

According to the owner of Phantom Fireworks, the brothers would have been able to harvest, at most, 1.5 pounds of explosive powder from the $200 purchase.

On the other hand, each pressure cooker bomb that exploded on Boylston Street probably contained anywhere from 8 to 16 pounds of explosive powder, according to testimony from Special Agent Edward Knapp.

The pressure cooker that exploded in Watertown probably contained another 4 to 8 pounds. And in Watertown, three more pounds of powder were found in a Tupperware container, along with a number of pipe bombs each containing yet more powder. That means the Tsarnaevs would have had to collect between 23 and 43 pounds of explosive powder — or more.

Either they made numerous purchases of fireworks or they got explosive powder from another source.

At the very least, Tsarnaev’s statement that they got the explosive powder from $200 worth of fireworks shows his ignorance regarding what it actually took to make them. Either that or he did discuss the provenance of the rest of the explosive powder with his interrogators — was that information in a redacted part?

Why does the FBI continue to withhold information on where the explosives came from?

All of this reveals either a marked level of ignorance or confusion by Dzhokhar Tsarnaev about details of the bombs’ construction — even the color of the backpack. Or, it reveals that the government is still withholding key details about how the bombs came to be. Why is anyone’s guess.

But why do any of these small details matter? Because, as we all know, the devil can be found in the details. And the outcome of a life-and-death prosecution can sometimes hinge almost entirely on such seemingly small details.

Painting Dzhokhar Tsarnaev as an equal partner in the planning, preparation and execution of the violence that erupted in Boston was critical to the government’s goal of winning the death penalty against the sole surviving brother.

But when close scrutiny has been applied to the government’s case, we continually find troubling inconsistencies that hint at a prosecution hell-bent on winning the case — damn the specifics of who did exactly what and when.

Why Details Matter: See for Yourself with One Click

For instance: in our past reporting we showed how the government claimed Tamerlan drove as Dzhokhar was sitting menacingly behind Dun Meng, the carjacking victim, as they circled around greater Boston in Meng’s stolen Mercedes SUV. But when we see the Mercedes pull up to the gas pump where Meng ultimately gets away, Dzhokhar appears to get out of the front seat — not the back.

As we reported previously:

Officially, by the time the Mercedes SUV can be seen pulling into the Shell station on the video in question, Tamerlan was driving, Danny was in the passenger seat, and Dzhokhar was sitting in the backseat.

In the video, we see the SUV pull up to one of the gas pumps and stop. Strangely, we see Dzhokhar emerge from behind the gas pump, obscuring the front passenger door before he makes his way into the store.

Strange because we were told he was sitting in the backseat. Yet we don’t see Dzhokhar get out of the rear door. Neither do we see him walk from the other side of the SUV.

Did they edit that out? Why?

Was the “escape” story embellished? After all, what cold-blooded criminals would allow a carjacking victim to sit in the back seat to make an easy escape? Or did they let him go? In fact, the carjacking victim’s account changed significantly early on until it finally solidified into what sounded most damning.

And the government’s glossing over of its pre-bombing relationship with the Tsarnaevs, who hail from a geopolitical hotspot on Russia’s southern flank, strongly hints that Tamerlan in particular may have been a pawn in some tangled international intrigue with Russia.

We still don’t know why the family was granted asylum and yet freely returned to the Caucasus region — a reality that has experts scratching their heads.

Instead, what we witnessed was a theatrical effort on the part of the government to portray Dzhokhar Tsarnaev as a cartoonish fanatical monster — the enemy of you and me and our way of life. Whipped up into a vengeful frenzy, the public is far less likely to ask questions.

Notably, the caricature of Dzhokhar as a crazed Jihadi fell apart under a mild cross-examination of his twitter feed. The government’s examples of Islamic religious fanaticism turned out to be run-of-the-mill song lyrics that any 19-year-old would be familiar with.

The no-holds-barred prosecution of Tsarnaev looked more like an effort to disguise the backstory of how and why this happened, than an effort to find the truth.

For an intriguing, sinister, and even likely explanation for what that backstory was really about — please go here.