For almost four years, WhoWhatWhy has been a lone voice casting doubt on the FBI’s official narrative of the Boston marathon bombing. Now, investigative journalist and Boston-based ABC news producer Michele McPhee has raised many of the same questions we’ve been asking since two explosions and the subsequent manhunt traumatized New England’s largest metropolitan area.

In her new book, Maximum Harm: The Tsarnaev Brothers, the FBI, and the Road to the Marathon Bombing, McPhee adds weight to WhoWhatWhy’s skepticism that the feds have fully disclosed  their dealings with the Tsarnaevs prior to the 2013 bombing.

The reason: Many in Boston’s local law enforcement don’t buy it either.

McPhee, with deep connections to the rank-and-file of Boston area law enforcement, documents an apparent widespread skepticism among many of the cops who were tasked with confronting the violence and bloodshed that week.

A seasoned crime reporter, McPhee is currently the Boston producer for ABC News In the Brian Ross investigative unit and was formerly the Police Bureau Chief for the New York Daily News where she has covered corruption cases, murders, mobsters and terrorism trials. In Maximum Harm, she uses that experience to lay bare the feds’ interactions with Tamerlan Tsarnaev in the years before the bombing. She comes to some disturbing conclusions.

Most shocking of all, McPhee claims that the government played a “direct role in creating the monster that Tamerlan Tsarnaev became.”

In the years since the bombing, WhoWhatWhy has documented a disturbing number of half-truths, reversals, and outright lies that led us to question whether the FBI is telling the truth about what it knew about the Tsarnaevs prior to the bombing.

But the Bureau, as well as most mainstream news outlets, has consistently discouraged any inquiry that goes beyond the question of whether the Tsarnaev brothers were innocent or guilty.

No one doubts that the Tsarnaev brothers were guilty — of something. However, like a judge who refuses to admit evidence into a trial that might unduly influence a jury to consider anything beyond simple guilt or innocence, the FBI seems to be taking great pains to stifle any information that would cause the public to question the role of the feds in the events leading up to the tragedy of April 15, 2013.

Thanks to McPhee’s reporting, it’s now clear that many in Boston’s law enforcement community have the same suspicions.

Law enforcement officials told her that they suspect “Tamerlan was an informant for the feds… [t]hey believe that he was working for the US government, motivated by the promise of citizenship.” McPhee theorizes that because the government kept denying Tamerlan’s citizenship application, he snapped and went on a murderous rampage.

The FBI adamantly maintains it had no idea who the bombing suspects were until older brother Tamerlan was killed in a shootout three days after the bombing. Younger brother Dzhokhar was taken into custody the following day after he was found hiding in a dry-docked boat. He was convicted and sentenced to death in 2015 for his participation in the bombing.

Within hours of the brothers’ identities being made public, their mother told Russian media that the FBI had investigated her son Tamerlan two years before the bombing. The Bureau put out a statement soon after, acknowledging that they had conducted an “assessment” of him in 2011. This was based on a warning from Russia’s Federal security service (known in English by the acronym FSB) that Tamerlan was becoming radicalized.

It didn’t take long for some observers, including WhoWhatWhy, to point out that Tamerlan Tsarnaev fit the exact description of a prototypical FBI “informant,” a role often played by individuals after having been themselves the target of an FBI investigation. With Tamerlan’s involvement in the bombing, the FBI felt enough pressure to put out a press release denying it had ever used Tamerlan as an informant.

Law enforcement officials she spoke with believe that Tamerlan was recruited by the feds as early as 2010 and used as an informant to take down a drug running operation between Boston and Portland, Maine, with international connections. And in a bizarre twist, the pistol allegedly used by the brothers to kill MIT cop Sean Collier traces back to that same drug ring.

McPhee also theorizes that Tamerlan was used by the CIA and/or FSB in a mysterious operation that resulted in the deaths of multiple young men in Dagestan said to be associated with Tsarnaev. This scenario was considered by WhoWhatWhy as well.

Other questions about Tamerlan Tsarnaev’s prior interactions with law enforcement surfaced not long after the bombing. He was never questioned about a gruesome 2011 triple murder in Waltham, Massachusetts, despite the fact that some of the victims’ friends suspected his involvement and told investigators as much. Brendan Mess, Erik Weissman, Raphael Teken were found nearly decapitated in Mess’s apartment — with marijuana sprinkled all over the bodies and cash scattered about.

McPhee writes that “seasoned investigators” say Tamerlan was “too valuable as an asset” to be investigated for that murder, even though he was an obvious suspect. The case remained cold until the bombing refocused attention on him. 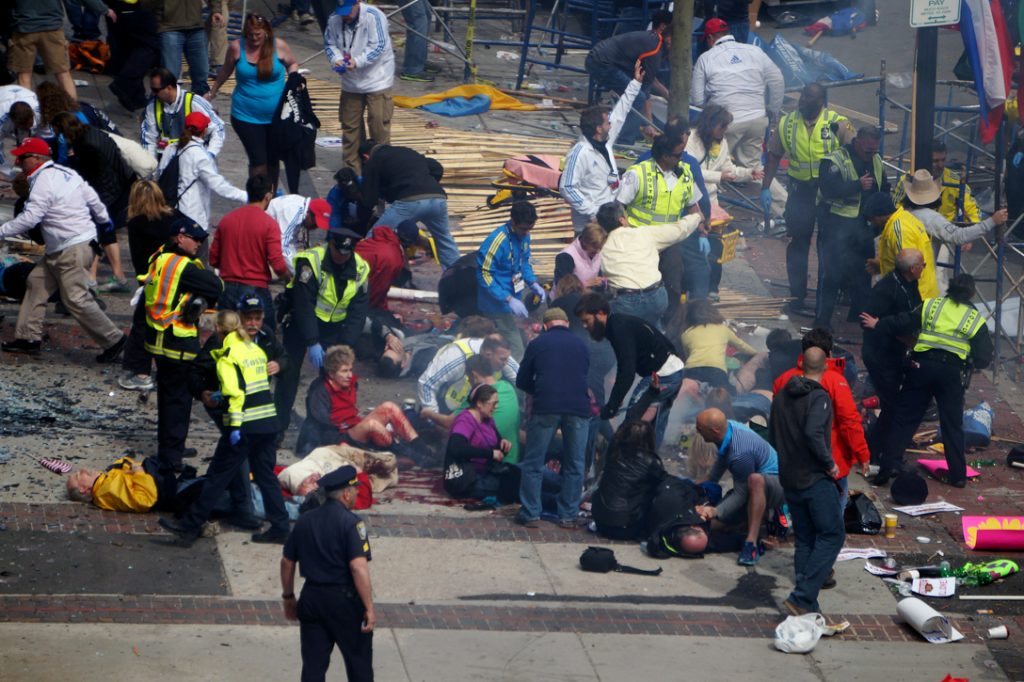 Although much of this material would likely never have been admitted into the trial of Dzhokhar Tsarnaev — and therefore would not have changed the verdict — it could have certainly raised some questions in the court of public opinion about what kinds of things the national security apparatus is up to in the shadows.

The book also contains some revelations about the night Tamerlan was killed in a shootout with police that beg for further investigation. For one, many of the cops who engaged the brothers in a shootout on Laurel Street in Watertown, Massachusetts, swear they saw two different muzzle flashes, indicating they were being shot at with two different firearms. However, only one firearm was ever recovered.

Watertown cop Jeffrey Pugliese encountered a still unknown individual in the backyard of one of the houses next to the shootout who appeared to be fleeing the scene. He did not pursue the mystery man at the time because he was focused on neutralizing the shooters. Is it possible this individual was the source of the second muzzle flash? Despite FBI pronouncements to the contrary, it appears possible, even likely, the Tsarnaevs had at least one accomplice.

Also, carjacking victim Dun Meng told investigators he first saw Dzhokhar emerge from 89 Dexter Avenue, a house around the corner from the scene of the shootout and an area the Tsarnaevs would return to repeatedly that night. After loading their stockpile of bombs into the back of Meng’s Mercedes SUV on Dexter Avenue, the brothers headed back to Cambridge to get gas, at a station where Meng made his escape.

According to McPhee, some cops suspect that members of a larger cell who may have helped the Tsarnaev brothers lived at 89 Dexter Avenue. When McPhee interviewed the owner of the property days after the shootout, he warned her to watch what she said because “the place is bugged by the FBI,” he said.

Strangest of all, according to McPhee, two of the residents of 89 Dexter have an uncanny resemblance to both Tamerlan and Dzhokhar. McPhee claims the now infamous “Naked Man,” who many still believe was actually Tamerlan Tsarnaev, but who police claim was just an innocent bystander, lived in the apartment. The other was a Saudi national who looked so much like Dzhokhar that he was taken into custody and questioned for hours. To this day, no one else has been named a suspect.

As we approach the fourth anniversary of this traumatic event, it’s clear that there are still many unanswered questions and loose threads that federal investigators and the mainstream press, for that matter, seem all too happy to ignore. It’s encouraging to see that many in Boston’s local law enforcement don’t feel the same.

McPhee’s book is a brave and commendable effort to shed light on some of these questions. We hope it will inspire other law enforcement insiders to come forward with more of the missing pieces of the Boston marathon bombing puzzle.