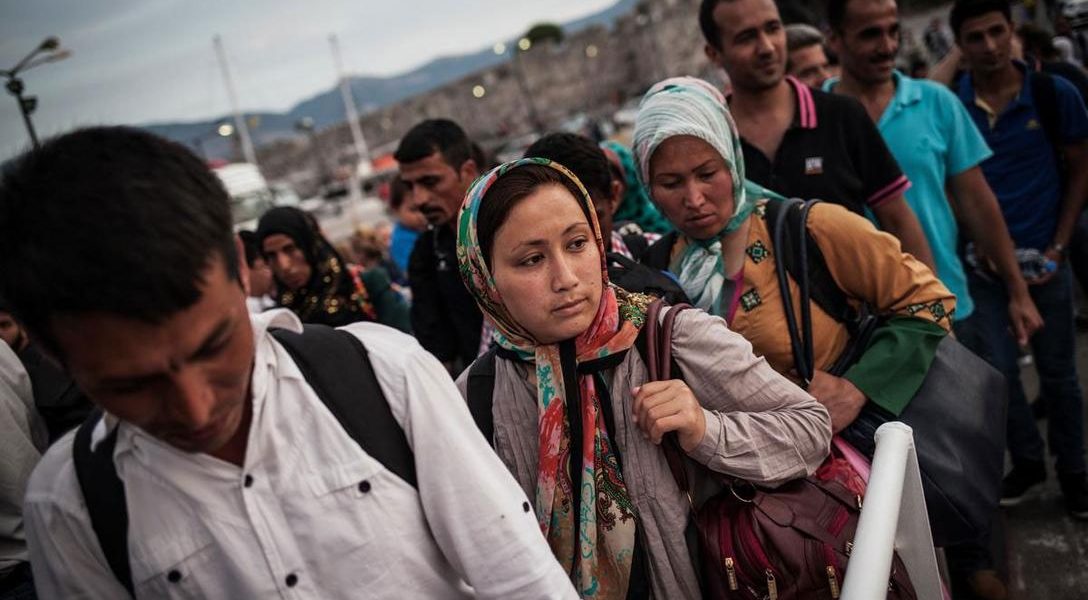 Just over 300 Syrian refugees with passports lining up to board the night ferry from the Greek island of Kos to Athens where they can be registered. Photo credit:  S. Baltagiannis / UNHCR
Video

In this wide-ranging interview, Russ Baker talks about the current refugee crisis and how it is tied to several issues that WhoWhatWhy has covered long before the mainstream media caught on. Including that a massive problem was headed Europe’s way from Syria, Iraq and Afghanistan.

Baker noted that, just like with many other issues, the media generally covers the symptoms of a crisis but rarely its true origins. In this case, what has led to millions of Syrians fleeing their country? What are the deeper issues in the Middles East that make it such a hotbed for violent conflict? How come US fingerprints are often all over these crises?

The resulting disasters result in ordinary citizens having to pay for various wars (actual ones as well ideological ones, such as the War on Drugs or the War on Terror), both with coin and their individual liberties.

No “hijackers” dropped three buildings in their own footprints.

This country is rampant with crooks like we have never seen, starting with murdering of JFK. Oil is what they were after and they are rotten to the core and planned the whole damn thing.

Media interest in Saudi Arabian connections to the crimes of 9/11 has centered on calls for the release of the 28 missing pages from the Joint Congressional Inquiry’s report. However, those calls focus on the question of hijacker financing and omit the most interesting links between the 9/11 attacks and Saudi Arabia—links that implicate powerful people in the United States. Here are twenty examples.

More hard core “truthers” (including myself) dismiss the “28 pages” angle as a sop to divert researchers from a deeper and scarier truth. Whilst proving nothing, Sen. Graham’s vague hints about the contents suggest Saudi Arabia as the perpetrator, and not the neo-cons and the Bush crime family.
Hearing this interview, however, puts Saudi Arabia into the narrative – not as the perpetrator of 9/11 but as another part of the conspiracy. If the “alleged hijackers” did stay at that deserted house, it doesn’t prove they were on the airplanes. There is evidence the hijackers were never even on the planes. If the US Govt. is protecting the Saudis’ reputation while protecting their mutual alliances, (and IMO maybe blackmailing them) concealing the contents of these pages whilst hinting at their existence does muddy the 9/11 truth waters. But if Saudi Arabia is actually in on the conspiracy, well, I will do my part to try and get those pages exposed. They just may lead us to the Saudis and beyond.