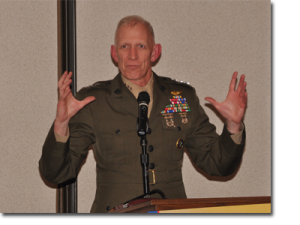 Article Summary:  When you look closely, nothing seems right about what will surely become the accepted account of the raid that nailed America’s enemy number one. And then things get even weirder… he establishment media just keep getting worse. They’re further and further from good, tough investigative journalism, and more prone to be pawns in complicated games that affect the public interest in untold ways. A significant recent example is The New Yorker’s vaunted August 8 exclusive on the vanquishing of Osama bin Laden. The piece, trumpeted as the most detailed account to date of the May 1 raid in Abbottabad Pakistan, was an instant hit. “Got the chills half dozen times reading @NewYorker killing bin Laden tick tock…exquisite journalism,” tweeted the digital director of the PBS show Frontline.  The author, freelancer Nicholas Schmidle, was quickly featured on the Charlie Rose show, an influential determiner of “chattering class” opinion. Other news outlets rushed to praise the story as “exhaustive,” “utterly compelling,” and on and on.

To be sure, it is the kind of granular, heroic story that the public loves, that generates follow-up bestsellers and movie options. The takedown even has a Hollywood-esque code name: “Operation Neptune’s Spear”

Here’s the introduction to the mission commander, full of minute details that help give it a ring of authenticity and suggest the most intimate reportorial access:

James, a broad-chested man in his late thirties, does not have the lithe swimmer’s frame that one might expect of a SEAL—he is built more like a discus thrower. That night, he wore a shirt and trousers in Desert Digital Camouflage, and carried a silenced Sig Sauer P226 pistol, along with extra ammunition; a CamelBak, for hydration; and gel shots, for endurance. He held a short-barrel, silenced M4 rifle. (Others SEALs had chosen the Heckler & Koch MP7.) A “blowout kit,” for treating field trauma, was tucked into the small of James’s back. Stuffed into one of his pockets was a laminated gridded map of the compound. In another pocket was a booklet with photographs and physical descriptions of the people suspected of being inside. He wore a noise-cancelling headset, which blocked out nearly everything besides his heartbeat.

On and on went the “tick-tock.” Yet as Paul Farhi, a Washington Post reporter, noted, that narrative was misleading in the extreme, because the New Yorker reporter never actually spoke to James—nor to a single one of James’s fellow SEALs (who have never been identified or photographed–even from behind–to protect their identity.) Instead, every word of Schmidle’s narrative was provided to him by people who were not present at the raid. Complains Farhi:

…a casual reader of the article wouldn’t know that; neither the article nor an editor’s note describes the sourcing for parts of the story. Schmidle, in fact, piles up so many details about some of the men, such as their thoughts at various times, that the article leaves a strong impression that he spoke with them directly.

Remnick says he’s satisfied with the accuracy of the account. “The sources spoke to our fact-checkers,” he said. “I know who they are.”

On a story of this gravity, should we automatically join in with the huzzahs because it has the imprimatur of America’s most respected magazine? Or would we be wise to approach it with caution?

Most of us are not the trusting naïfs we once were. And with good reason.

The list of consequential events packaged for us by media and Hollywood in unsatisfactory ways continues to grow. It starts, certainly, with the official version of the JFK assassination, widely discredited yet still carried forward by most major media organizations. (For more on that, see this.) More and more people realize that the heroic Woodward & Bernstein story of Nixon’s demise is deeply problematical. (I’ve written extensively on both of these in my book Family of Secrets.)

And untold millions don’t think we’ve heard the real (or at least complete) story of the phenomenal, complex success of those 19 hijackers on Sept. 11, 2001. Skeptics now include former White House counterterrorism adviser Richard Clarke, who recently speculated that the hijackers may have been able to enter the US and move freely precisely because American intelligence hoped to recruit them as double agents—and that an ongoing cover-up is designed to hide this. And then, of course, there are the Pentagon’s account of the heroic rescue of Jessica Lynch in Iraq, which turned out to be a hoax, and the Pentagon’s fabricated account of the heroic battle death of former NFL player Pat Tillman in Afghanistan, who turned out to be a victim of friendly fire. These are just a few from scores of examples of deceit perpetrated upon the American people. Hardly the kind of track record to inspire confidence in official explanations with the imprimatur of the military and the CIA.

Whatever one thinks of these other matters, we’re certainly now at a point where we ought to be prudent in embracing authorized accounts of the latest seismic event: the dramatic end to one of America’s most reviled and storied nemeses. The bin Laden raid presents us with every reason to be cautious. The government’s initial claims about what transpired at that house in Abbottabad have changed, then changed again, with no proper explanation of the discrepancies. Even making allowances for human error in such shifting accounts, almost every aspect of what we were told requires a willing suspension of disbelief—from the manner of Osama’s death and burial to the purported pornography found at the site. (For more on these issues, see previous articles we wrote on the subject, here, here and here.)

Clarke’s theory will seem less outrageous later, as we explore Saudi intelligence’s crucial, and bizarre, role at the end of bin Laden’s life—working directly with the man who now holds Clarke’s job.

Add to all of this the discovery that the reporter providing this newest account wasn’t even allowed to talk to any raid participants—and the magazine’s lack of candor on this point—and you’ve got an almost unassailable case for treating the New Yorker story with extreme caution.