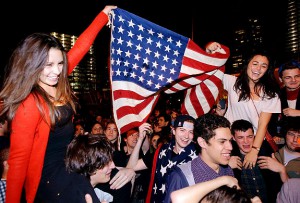 It is at times of peak emotion that rationality is most important. With that in mind, we published “Twelve Questions on Bin Laden.” This drew a strong response from readers interested in carefully studying the situation. Here are some more matters to ponder and discuss:

With rumors circulating abroad (and even in the United States) that Osama bin Laden was not really killed on Sunday, why not provide proof and be done with it? President Obama says, he doesn’t want to provoke violence by releasing photos, so why not invite a group of respected journalists and forensic experts to examine the evidence that the White House has—photos, DNA, etc?

The White House declared that bin Laden’s identity was established quickly using a variety of methods, including DNA. But a DNA expert says it takes 16-20 hours to confirm a DNA match. Can the administration provide a detailed accounting that addresses this discrepancy? Given the rush to dispose of his body at sea, the public has a right to understand how sure, really, the authorities were before they threw away the evidence.

This raid was, without question, the single biggest p.r. coup of the Obama presidency. A key part of this success was the initial version given to the public, which contained serious misinformation that presented the occupants of the house as more resistant than they actually were.

We were told that Osama bin Laden’s death was unavoidable because he was “resisting” the invaders in some manner that posed a serious threat. We were also told that the men of the house were cowardly and used a woman as a human shield. Now, when the moment of maximum public attention is past, we learn in dribs and drabs that these characterizations are inaccurate.

How did these inaccuracies get out in the first place? This operation was long-planned, top officials monitored the raid together in real time, and statements to the press—on and off the record—are generally coordinated and cleared in advance, especially with highly sensitive matters of this kind.  Thus, it is not apparent how such serious misstatements of the most central facts of the raid would even be possible. Was there an attempt to spin this in the most favorable way at the moment of maximum attention and make the apologies and corrections when fewer are paying attention?

Ultimately, it is hard to see such profound misstatements by well-informed central figures as anything other than either deliberate or the result of gross incompetence. Which is it—or if an excusable error, how so?

If Osama bin Laden was the sick and feeble individual (with kidney disease and walking with a cane) we have long been told he was, how did he constitute a serious threat to highly-trained, highly-armed individuals in protective gear using night-vision goggles who had apparently already apprehended more able-bodied individuals in the house and managed to bind their hands together?

Wouldn’t Osama bin Laden, alive, be just about the most important intelligence catch ever? Couldn’t he have cleared up the mysteries and speculation that abounds about Al Qaeda, its nature, capabilities, size, activities and plans? Thus, shouldn’t a premium have been placed on bringing him in alive? And a detailed explanation of how this approach failed, if indeed it was attempted? And if a premium were placed on that, couldn’t a physically unthreatening individual have been apprehended through disabling technology commonly used in other raids?

The White House has said that they would have liked to capture bin Laden alive, but outgoing CIA director Leon Panetta has now told NBC that the troops’ orders were to kill him absent the most obvious form of surrender. How do Americans feel about anyone being shot rather than apprehended and given a proper trial? Doesn’t the United States aspire in all of its activities to set an example for other countries to emulate?

Regarding bin Laden’s fate, why did the US not follow the procedure in the cases of others, including Slobodan Milosevic and Radovan Karadzic, accused of complicity in the deaths of tens or hundreds of thousands, and make extraordinary efforts to capture bin Laden alive and then turn him over to the International Court of Justice? Would that not have impressed the world with the United States’ respect for international law (which forbids going into a sovereign country and murdering anyone even if proven guilty) and commitment to a single standard in the global pursuit of justice?

Or is there such a thing as “too risky to live”—in which no chances may be taken with an individual, even where doubts exist?