Our coverage of election hacking 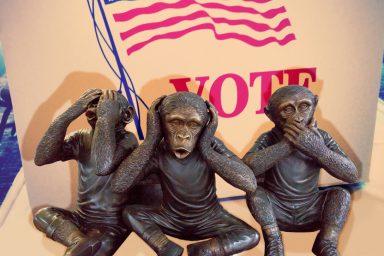 Is too much talk about election rigging eroding the very system critics are trying to save? That was the point a keynote speaker made at a conference for election integrity experts, though the assertion earned considerable pushback from the audience. 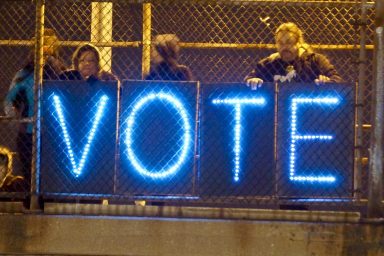 The Media Can’t Get Its Story Straight on Election Hacking

In August, the corporate media was falling all over itself with breathless coverage on how Russia is interfering in the US election. Back then, stories citing experts suggested that voting machines were vulnerable to tampering that could change the outcome of the vote. A month later, something curious happened.

By September, government officials were doing all they could to tamp down those concerns, and the media duly reported their reassurances.

Should the public be comforted that election mischief will be homegrown?

The articles, usually citing active government officials, serve a dual purpose in reassuring the public: First, there is no way Russia View article … 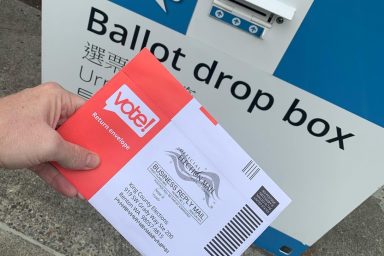 A recent Public Service Announcement from the FBI and the Cybersecurity and Infrastructure Security Agency (CISA) warns that cybercriminals may circulate false election results.

The PSA encourages the public only to trust election results coming from local and state election offices. What are the implications of this given that election officials cannot see inside the insecure, software-based systems that produce those results?

Scrutineers Series host Emily Levy is her own “guest,” in this episode, talking about how the election protection community should act in an environment where the elections must be protected both from unsecured View article … 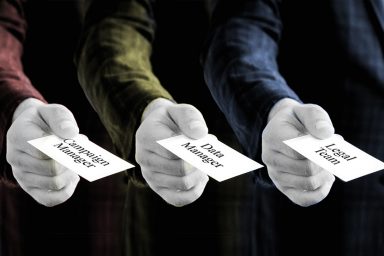 Judging from the past several presidential contests, it now seems that a crack postelection legal team is as necessary as a good campaign manager and a data-crunching “war room.”

In this week’s special edition double WhoWhatWhy podcast, we speak to two of the most distinguished members of the election bar. First, we talk with Matthew Seligman, a DC-based legal View article … 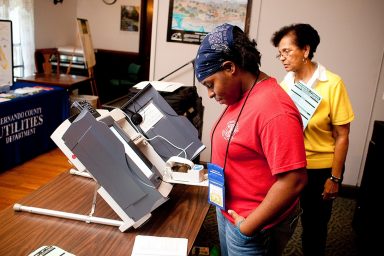 Election Day Is 165 Days Away… Be Afraid!

No matter which side of the political debate you’re on, election security seems to be the issue of our time. Both sides accuse the other of trying to steal the next election. Ironically, it may be one of the few issues that both parties can agree on, but that’s where the agreement ends.

In this week’s WhoWhatWhy podcast, we talk with election expert Emily Levy about her organization, Scrutineers, and about some of the specific election security challenges that will dominate the next 165 days.

Levy gives us a primer on View article … 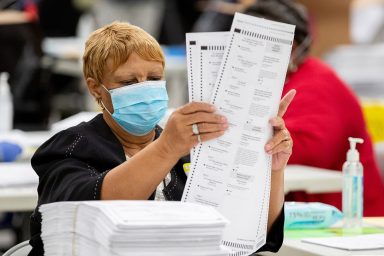 Republicans calling for the resignation of Georgia Secretary of State Brad Raffensperger are echoing some of the findings of long-time nonpartisan election security advocates in the state.

In this episode of the Scrutineers Series, Jeanne Dufort, a volunteer with the Coalition for Good Governance, shares background about the challenges to some of the state’s decisions about how to conduct its elections. The group is partly responsible for ending the state’s use of the insecure and dangerously outdated DRE voting equipment before 2020. 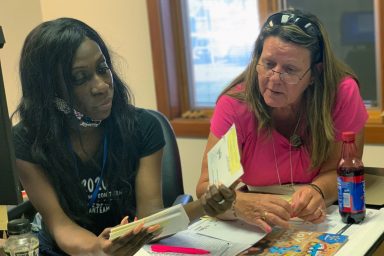 Restoring Faith in Elections One Doubter at a Time

With distrust in elections at an all-time high and in the face of raging misinformation, a North Carolina poll worker has made it her mission to save future elections at the local level by bringing people from all parties together and educating them on how the process actually works.

Lynn Bernstein has been advocating for election transparency most of her adult life. In 2018, she founded the organization Transparent Elections NC. And when former President Donald Trump lost the election in 2020 and widespread misinformation led to the January 6 View article …

The 2020 presidential race could come down to Florida. But unless drastic changes are made, election advocates believe the next presidential vote count in the Sunshine State will be yet another mess.

They say that Florida in 2018 once again served as an example of how not to run an election. Their concerns involve voting machines vulnerabilities and partisan election officials who lack necessary qualifications. And those officials repeatedly demonstrate that winning seems to be more important to them than democracy.

It doesn’t have to be that way, critics View article … 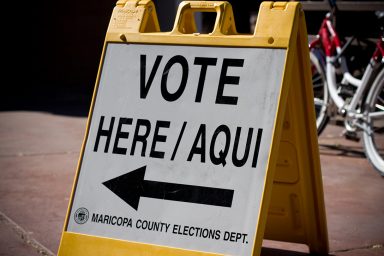 Nearly 100 percent of votes cast in the US are counted by “black box” computers, generally owned by one of three private companies with partisan ties. These voting system vendors have insisted even government officials can’t see their software, claiming proprietary information.

These companies have successfully managed to keep private the means by which our votes are counted, even though the voting apparatuses are paid for by public dollars.

As a result, there is extremely limited insight into the actual mechanisms by which View article … 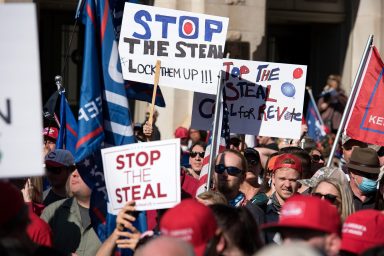 Was a ‘Stop the Steal’ Election Hijacking Strategy Brewed Up in Coffee County?

Hello, friends. Here’s the second installment of my new Substack newsletter. I hope you like it. You can subscribe here.

Today, I’m covering a technical matter. I understand with all the things going on in the world competing for our attention that our default reaction is to skip anything arcane and complicated. That’s a mistake. The world IS complicated, and if we don’t take time to figure things out, View article … 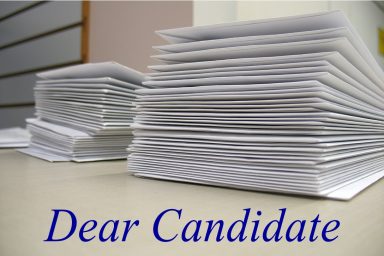 Elections rightly belong to the public. Yet not only does the US allow proprietary voting systems, but laws in many states specify that only candidates have the legal right to challenge election outcomes.

Because of this, candidates for public office must start taking their unique role in election protection seriously. It is a huge responsibility, says today’s guest, April Smith, who is a volunteer with Scrutineers.

To make it easier for candidates to understand their role, Smith has created a template letter that people can send to candidates running for View article … 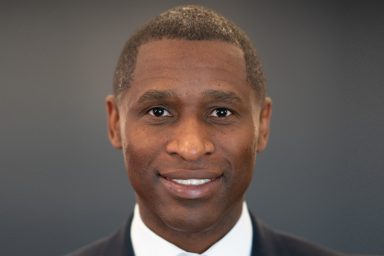 What happens when a financial analytics manager applies his skills to how we determine the winners of elections?

In this episode of WhoWhatWhy’s Scrutineers Series, Emily Levy interviews Bennie Smith, an election commissioner in Memphis, TN. When losers of a local election came to him claiming their races had been stolen, he set out to prove them wrong.

Instead, he discovered a high-risk tampering mechanism built into US election systems.

Smith explains what he found, its implications, and how election officials and members of the public can detect this “feature” View article …