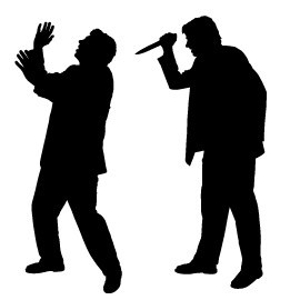 We’re just one year off from the half-century anniversary of John F. Kennedy’s death. So this is as good a time as any to start considering the kinds of issues we won’t see raised in the media at large.

One is the gap between the official history, in which all assassins and would-be assassins of American presidents have been crazed or unbalanced loners—never working for, controlled by, or framed by powerful interests, despite exactly the opposite being true virtually everywhere else in the world.

Recently, I reviewed a paper from Cornell Law Professor Josh Chafetz, introducing us to the fact that assassination has long been considered a legitimate recourse for removing problematical leaders. Brought to my attention from a tweet by @parapolitical, it is summarized here.

Just a few key points, and you can read the lengthy essay yourself for more….

-Benjamin Franklin felt that political assassination was justified in some cases.

Franklin had the assassination of Julius Caesar and the trial and execution of Charles I centrally in mind when discussing the removal of obnoxious chief magistrates. Both Caesar and Charles were tyrants who had subverted their countries’ constitutions in ways that undermined republican liberty, and both had prosecuted bloody civil wars in the process. Franklin and his compatriots therefore believed that Brutus and his coconspirators were justified in killing Caesar and that the English regicides were justified in killing Charles.

-Political assassination and impeachment have long been closely tied, as both involve removal of a leader outside of elections. Conservative firebrand Ann Coulter may not have realized this when, in 1998, she wrote (and was roundly condemned for) saying that President Clinton should be either impeached or assassinated. (To be fair, I recall hearing people routinely say that, perhaps facetiously, about George W. Bush.)

Chafetz makes the very interesting argument that, aside from the obvious recklessness and outrageousness of such advocacy, Coulter and company were not even applying the right rationale:

[Regarding the] impeachment and acquittal of President Clinton in 1998–1999….This Article argues that those favoring impeachment and conviction in this case applied the wrong substantive standard. They criticized Clinton for “debas[ing]” or “defil[ing]” the office of the presidency—in effect, for making it too small. But, the focus on assassinability as the substantive standard for impeachability allows us to see that impeachment is meant to combat precisely the opposite problem. The paradigmatically assassinable—and therefore impeachable—chief magistrate is one who, like Caesar or Charles, seeks to make the office too big, one who seeks to aggrandize his own power. The Senate was therefore right to acquit Clinton, and once again, the procedural mechanisms of impeachment worked to produce the correct result.

That same logic seems to apply with regard to the symbolic assassinations of John Edwards, Eliot Spitzer, Gary Hart, Anthony Weiner, et al. Read our WhoWhatWhy take on that here.  One could say the same thing about many of the complaints directed at President Obama (or perhaps Romney and his mistreatment of his dog.) We love to whack politicians for small, generally titillating, things they do, but rarely give them trouble over huge problems they create for the country and its population, or inflict on people elsewhere.

-Chafetz has a fascinating ability to get beyond our normal inclination to dismiss assassination as barbaric, and note, dispassionately, that those who commit it do so based on some values or rationale. (We would do well to remember this in light of the United States’ increased use of drones for assassination, and Obama’s secret “kill list.”)

[Consider] the assassination of President Lincoln in 1865 and the impeachment and acquittal of President Johnson a mere three years later. This Part argues that both John Wilkes Booth and Johnson’s Radical Republican opponents in Congress were using the correct substantive standard for removal, but both made mistaken judgments on the merits: neither Lincoln nor Johnson was, in fact, behaving tyrannically. But while Booth’s unilateral action led to tragic results, the Radical Republicans’ compliance with the proper constitutional procedures led to the correct outcome.

Chafetz says that assassination itself is usually intended to right a perceived wrong…but is actually not so great in practice:

As we have seen, it is this conception of tyranny, arising out of the subversion of the constitution and the accompanying destruction of republican liberty, that the Founding generation regarded as substantively justifying assassination. But assassination was disruptive at best and counterproductive at worst.

Moreover, the Founders were deeply aware of individuals’ cognitive limitations. They sought a less disruptive, more epistemically humble means of removing obnoxious chief executives than assassination, and they created one in the constitutional process of impeachment.

And here’s why I find academics useful for helping start a conversation, but not always for guiding it: Chafetz declares the impeachment of Richard Nixon justifiable. But that’s because he apparently has not read new investigative work on what Watergate was really about, and how it was perpetrated not by Nixon, but by those seeking to damage Nixon. And therein lies a profound danger: often, the only reason we think someone is doing something bad is because someone else with an agenda has managed to persuade us.

And, like most professors, Chafetz is more comfortable with the distant and the abstract than with the unresolved controversies of recent decades. He makes no mention of the deaths of John F. Kennedy,  Robert Kennedy, and Martin Luther King, whose behavior was repeatedly adjudged a kind of “tyranny” by individuals and groups who felt threatened by the beliefs and actions of King and the Kennedys. Bottom line: one person’s “Barack Obama, Wall Street lackey” is another person’s ““socialist and reckless Barry O,” who must urgently be removed.

We could all stand to do less finger (and dagger) pointing, and make more of an effort to get a cool reading on just who is doing what—and why.