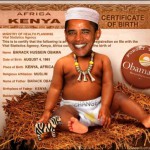 Anyone who reads this site regularly knows that it is no shill for Obama or the Democrats. It is rigorously non-partisan, and regularly runs articles that must infuriate the White House. But nonpartisan is one thing. Naive is another.

We can see certain patterns. And one is that Republicans seem to lie somewhat more than Democrats, at least if we measure honesty by what is circulated by their partisans.

The reason we say this is that we’re constantly on the receiving end of various jeremiads, aimed at politicians of all stripes. Being curious (and working hard to stay open-minded), we look these things up. Sometimes we just do the easy thing: go to Snopes, a quality site that’s been around for years now, and explores and often debunks various claims circulating on the Internet. Sometimes we dig in a bit ourselves.

In most cases, when we receive an e-mail with seemingly alarming information, it is about a Democrat. And when we look into it…..it is hardly ever true. Just some angry sounding thing with a bunch of made- up stuff, being frantically forwarded by people who like the sentiment and don’t apply any kind of logic to see if it might be legitimate.

Here’s the latest one I have received (nothing personal against the fellow who sent it to me—a nice enough guy).

It’s from almost a year ago, but my friend just discovered it.

From a website called “Before It’s News,” and headlined “Why Barack and Michelle Obama Both Surrendered Their Law Licenses”, it asserts that:

This has been circulating and it’s most interesting:

Let’s stop already. A website calling itself “Before It’s News” either means what they have is an early scoop, or they’re just passing around rumors. When a piece begins with “This has been circulating and it’s most interesting,” you know exactly what you’re getting.

Like a case of you-know-what, lots of things circulate, and you might not want to touch them. Anyway, that’s the sum total of the website’s work, that one sentence.

This is from a former Chicago lawyer now practicing law in Tyler, TX.

Maybe so, but how about a name? None given.

This is legit. I checked it out myself at  www.iardc.org Stands for Illinois Attorney Registration and Disciplinary Committee. [SNIP] Even I, at the advanced age of almost 65, maintain (at the cost of approximately $600/year) my law license that I worked so hard and long to earn.

Typically, when an email says, “This is legit,” what they mean is, “We’re about to pick your pocket.”

Anyway, in this case, a website that passes around rumors is recommending something purportedly passed along by an unnamed lawyer in Illinois who is passing something along that was purportedly investigated by another unnamed lawyer (this one a Texas transplant). Here’s an excerpt that pretty well captures the core allegations:

1. President Barack Obama, former editor of the Harvard Law Review, is no longer a “lawyer”. He surrendered his license back in 2008 in order to escape charges that he lied on his bar application.

3. So, we have the first black President and First Lady – who don’t actually have licenses to practice law. Facts.

Ok, what assertions do we have so far? Obama lied on his bar application, and surrendered his law license to escape charges on the matter. His wife “voluntarily surrendered” her license, too—suggesting something sinister afoot. And just in case you don’t get the subtext, they add “the first black President,” which seems to have exactly nothing to do with the “facts” of the matter, except to someone who thinks that “black” adds something. Don’t need to spell this out for you, I hope.

The Illinois lawyer, whoever that is, and whether or not it is a lawyer (though probably not—as lawyers don’t tend to send around anonymous, poorly-written missives to strangers) claims to have checked out these claims. And whoever is really behind this knows that many of us will just pass this along without actually checking it out ourselves, or even bothering to go to that link.

In fact, Snopes, which is credible and really did check this out, concludes:

Such claims are based on misreadings of information about license status and erroneous interpretations and assumptions about such information….

Snopes goes on to offer, in considerable detail, how and why the anonymous email is wrong. Just one example: Michelle Obama does have a license to practice law in Illinois. It is on inactive status because she has no reason to use it. The email falsely claimed that she was legal counsel for the University of Chicago Hospitals, and therefore should have an active license. But she was not legal counsel, and none of her jobs with the hospitals required her to have a law license.

Variations on this email have been circulating since 2008. What’s much more interesting to me than the allegations is who is behind them—because someone is, and that person or entity goes to the trouble of changing their own claims regarding their own identity. In an earlier version, featured on Snopes, the person making these claims is not a lawyer but rather a nurse, and both have very similar writing styles.

Never mind. Just step back and think: How likely is it that Obama was disciplined for lying on his bar application, and this has never made it into either the news or been raised by his opponents?

The claims about Obama being born abroad are as bad, if not worse.

A new twist to this has recently surfaced, and I’m a little shamefaced to even be drawing your attention to it, but here it is:

Breitbart.com, founded by the late attack specialist Andrew Breitbart, has obtained a 1991 brochure from a literary agent who was then pitching a proposed book from a little-known Barack Obama. The brochure  actually states that Obama was “Born in Kenya and raised in Indonesia and Hawaii.”

That’s certainly a kind of a “WHOA” moment, since there it is, on the page. Still, in a remarkably restrained and responsible display, the editor of the site notes that they do not necessarily believe that Obama was really born abroad:

Andrew Breitbart was never a “Birther,” and Breitbart News is a site that has never advocated the narrative of “Birtherism.” In fact, Andrew believed, as we do, that President Barack Obama was born in Honolulu, Hawaii, on August 4, 1961.

It is evidence–not of the President’s foreign origin, but that Barack Obama’s public persona has perhaps been presented differently at different times.

And that’s fair game. We should be vigilant about politicians who say different things at different times.

Yet if that is the standard, a fellow like Romney, who has reversed himself so many times on so many important issues, deserves at least as much scrutiny. Especially for his assertion that he was a job creator when that was hardly either his objective or his result. That claim looks far more problematic than the claim of a young man who, according to Breitbart.com, was trying to exaggerate his international-ness in order to sell a book.

Some More American Than Others

Methinks the anger toward Obama is less about where he was born, and more about what that “law license” rumor email mentions, gratuitously: “the first black president.”

If the issue is about being American—and about the importance of leveling with Americans—may I point you to this report from the Miami Herald? It recounts the experience of a fellow named Bill Internicola:

He received a letter last month from the Broward County Supervisor of Elections informing him the office had “information from the state of Florida that you are not a United States citizen; however, you are registered to vote.” So Internicola had to prove he is an American. He sent the county a copy of his Army discharge papers.

Internicola is 91 years old. He was born in Brooklyn. He is a veteran of the Second World War. He earned a Bronze Star for his part in the Battle of the Bulge. Yet he was required to prove to a county functionary that he is entitled to vote in an American election.

… this is part of a campaign by Florida Gov. Rick Scott, a Republican, to weed non-citizens off the rolls of the state’s voters. Initially, Florida claimed roughly 180,000 were possible noncitizens. That number was eventually whittled way down to about 2,600 people. In Miami-Dade County, where the largest number of them live, 385 have been verified as citizens. Ten – 10! – have admitted they are ineligible or asked to be removed from the rolls.

The Herald recently analyzed the list and found it dominated by Democrats, independents and Hispanics. Republicans and non-Hispanic whites were least likely to have their voting rights challenged.

Want to get angry about who is and is not an American—and how Americans are treated by other Americans who lie and cheat? Shouldn’t you be emailing this around?

There are 53 comments Our Comment Policy: Keep it civilized, keep it relevant, keep it clear, keep it short. Please do not post links or promotional material. We reserve the right to edit and to delete comments where necessary.