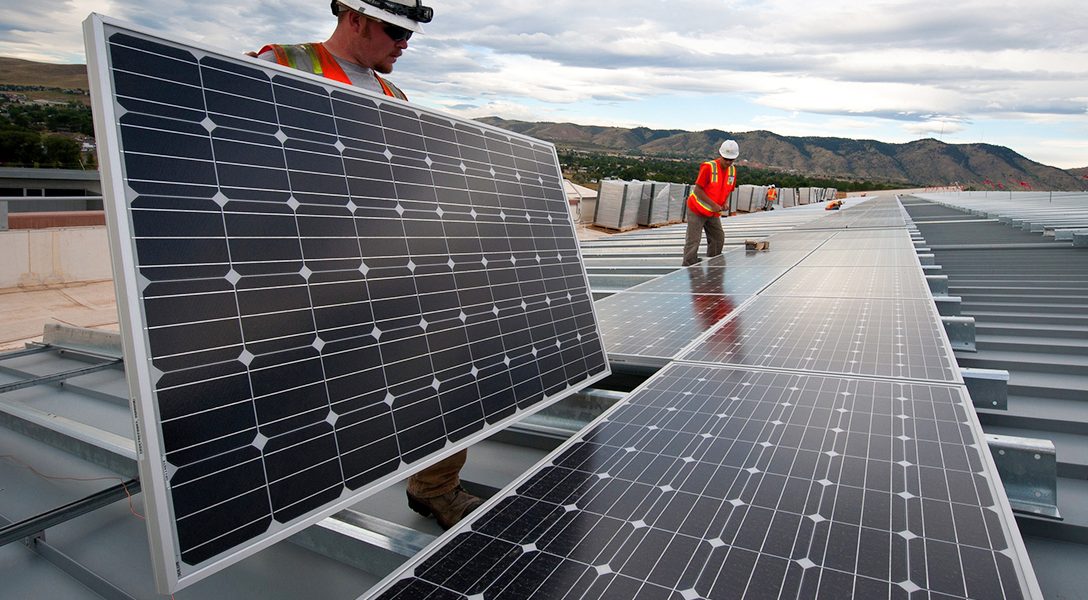 President Donald Trump made good on his “America First” promise last Monday by slapping a hefty 30 percent tariff on imported solar panels. Combined with a duty on imported washing machines, the move is the first of what could be many protectionist shifts in America’s global trade policies.

But while the purported benefit to domestic manufacturing is dubious, a tax on solar panels can in fact precipitate US layoffs — and a nasty trade war with China.

Solar energy is one of the fastest-growing sectors in the US and currently employs more than half a million Americans. Low import and production costs have made it a $29 billion industry. Nonetheless, the International Trade Commission still recommended a 35 percent duty on imports during a hearing last October. The tariff, far from expanding the labor force, could eliminate 23,000 manufacturing jobs by depressing demand for solar products. The Solar Energy Industries Association warned of a loss of billions in investment dollars.

Domestic solar developers reject the administration’s claim that bargain imports are hurting them, and given that solar manufacturing has never been a particularly lucrative operation in the US, the tariff appears futile. Foreign companies build cells and modules at a much lower cost, attracting American installation firms with the prospect of greater profits. Imports comprise 80 percent of solar panels in the country. In anticipation of soaring production costs, businesses have been hoarding foreign panels since last fall.

At the moment, it seems like only a handful of firms stand to benefit from the president’s decision. One happens to be a bankrupt solar panel producer that influenced his decision. Suniva Inc., asserting that it had suffered “serious injury” from cheap Asian panels, urged the Trump administration to impose duties of 32 cents per watt for imports. The new tariff, though lower than what the firm demanded, can lift its value and sales.

There is, however, a sliver of hope for the country at large. With the tariff windfall — roughly $1 billion a year — the government could build cost-effective domestic plants, each an ecosystem that would spur new jobs and support renewable energy. Unfortunately, that’s not a road the president is likely to take.

In the videos below, physicist Richard Komp examines how solar panels operate, and Bloomberg reporter Chris Martin argues why the sun may soon overtake coal as America’s primary energy source.