President Donald Trump campaigned across America with an energetic promise: Coal is coming back. In his view, the moment that environmental regulations are swept aside, the mines will reign once again — unencumbered by policies that seek to curb emissions in hopes of mitigating climate change.

Experts, activists, even former miners tell a different story: Coal is doomed, and it is high time that mining communities come around to booming renewable-energy technologies.

These diametrically opposed narratives are now converging in eastern Kentucky, where  coal employment is at its lowest in over a century.

In early April, the Harlan County Coal Museum began the switch to solar power in hopes of reducing its own energy costs. A few weeks later, a local company, Berkeley Energy Group, went public with plans to develop a solar farm on a former strip mine. The announcement came a year after regional coal production dipped below 1917 levels.

The Berkeley Energy Group’s project would be the most substantial of its kind in Appalachia, producing between 50 and 100 megawatts of power. Currently, Louisville Gas & Electric and Kentucky Utilities operates the largest solar energy project in Kentucky, which produces just 10 megawatts.

“Everyone loves power and we’re not trying to advocate that one source is better than the other,” Ryan Johns, project development executive at Berkeley Energy Group, told WhoWhatWhy. He recognizes the potential bottom-line benefits of being the first company to bring a major solar project to Kentucky.

While the Trump Administration blames the loss of coal jobs entirely on environmental regulations, other factors have contributed to the decline: the rise in natural gas production, the limited supply of available coal, and a fundamental change in how coal is mined.

The industry’s transition to strip mining by the early 2000s — abetted by a controversial process called mountaintop removal — brought explosive change to coal mining. Strip mines not only require less labor but, with the change-over, coal companies were able to bring in non-union labor to do the work.

This new kind of mining dealt a heavy blow to local communities. Eastern Kentucky has a long history of bloody labor struggles around traditional coal mining, and many of these battles resulted in hard-won victories for unionized workers. However, those jobs have been disappearing at alarming rates in the past several years.

“Either we can bury our heads in the sand or we can try and do something about it,” said Johns. The company is considering the development of solar farms in several played-out strip mines near Pikeville, the seat of Pike County, KY., which produced the most coal statewide for much of the 20th century.

Strip mines that have ceased production are attractive to developers of solar farms for several reasons: the sites are flat or gently slanted with ample sun exposure, and they are served by roads built to carry heavy machinery that connect to major highways.

Former coal miners make up a substantial labor pool, but they will need to be retrained. Still, Johns has no doubts that he can find a willing and able workforce for his company’s renewable-energy initiative. 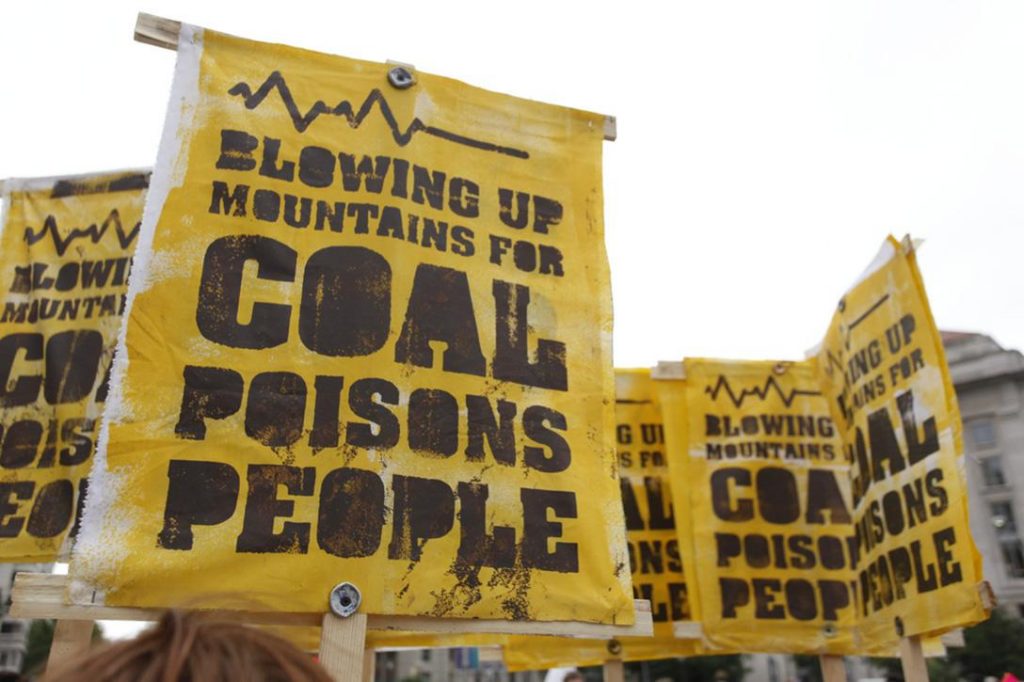 Seizing the opportunity to build the next generation in energy production from the ground up will require regular and dedicated investment — and not just in infrastructure, but in education, training, and creative approaches to new technologies.

Johns and his business partner, Adam Edelen, the former state auditor of Kentucky, had no trouble securing initial funding from EDF Renewable Energy, a subsidiary of the French-owned EDF Group (Eléctricité de France) and a leader in developing solar and wind projects worldwide,

“Within 30 seconds we had everyone hooked,” said Edelen, who sees the project as a way to expand the winners’ circle for renewable energies and bring the boom to all corners of the country.

“Given an energy policy that creates an open competition between energy sources on the basis of cost — including environmental costs — it is difficult to see that coal has much of a future in a world that meets global environmental goals,” Henry C. Kelly, the former director of renewable energy at the US Department of Energy, told WhoWhatWhy.

Investing in solar projects can do more than create jobs in renewable energy; it can trigger broader economic growth — in areas like eastern Kentucky. Without ample renewable-energy resources, the state has a limited capacity to bring in new companies that want to power their facilities, at least in part, with sustainable technology.

Johns mentioned in particular Apple, Facebook, and car manufacturers.  Kentucky is the third largest producer of automobiles nationwide; the world’s largest Toyota plant is in Georgetown, Kentucky. The company has expressed interest in renewable resources, according to Johns.

Since there is no comprehensive federal initiative on renewable energy, states and municipalities are largely left to their own devices to devise energy programs. As a result, energy profiles differ greatly from state to state.

Promises to restore America, and coal country in particular, to a bygone era won’t bring back jobs. Re-engineering the local energy mix, though, has a real shot at bringing more well-paying, highly skilled work back to Pike County, and boosting the larger economy through increasing access to renewable energy resources.