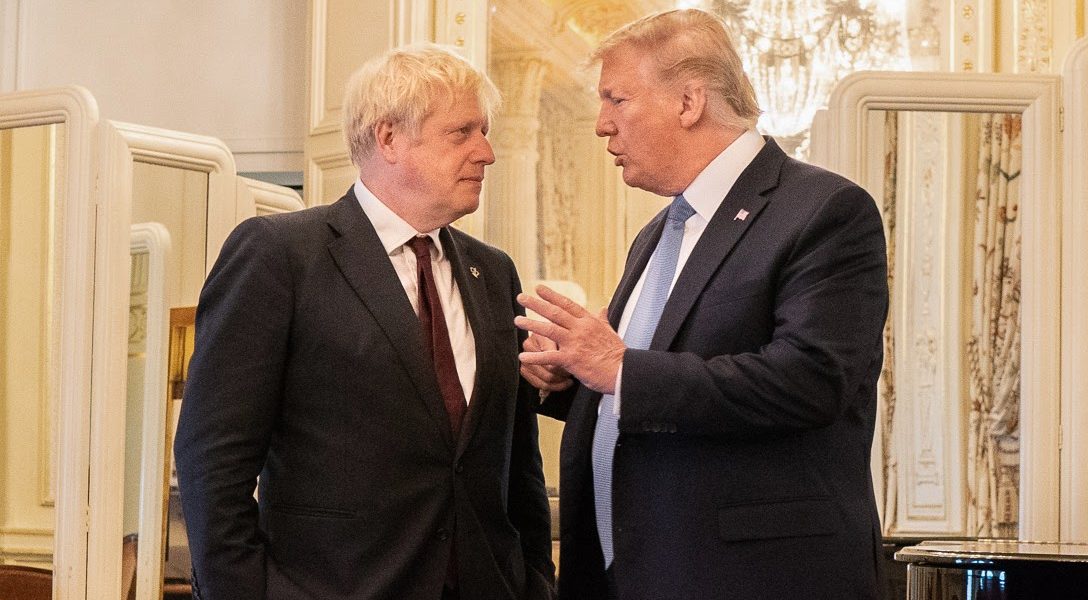 LONDON — During the recent UK general election, a key attack line for the Labour party was to cast Prime Minister Boris Johnson as the lapdog of Donald Trump. Johnson, if elected, would be a pliant English poodle to the pitbull-in-chief and would roll over obediently in post-Brexit US-UK trade negotiations, warned Labour leader Jeremy Corbyn.

So this week’s decision by the UK government to strike a major 5G infrastructure deal with China’s Huawei has left London’s political cognoscenti befuddled. Rep. Liz Cheney (R-WY) accused Johnson of having “chosen the surveillance state over the special relationship” because — despite dire warnings from Congress — he decided to stick with the Chinese telecom titan and allow it to help design and construct up to 35 percent of the UK’s next-generation digital network.

According to the prime minister, he had no choice because there had been a “market fail” (who’d have thought it; free markets don’t always work). Other potential providers — such as Nokia, Samsung, or Cisco — could not do the job without years of delays and spiraling costs, argued the government. Meanwhile, there are no UK companies remotely capable of taking on the mega-project.

So much for the Johnson government’s fantasy of post-Brexit Britain as a revived global power.

Yet, despite the shrieks from Washington that Huawei was an arm of the Chinese state, the UK government has been forced to sign the multi-billion dollar deal with a company it knows is a security threat. Hoping to calm the anger from China hawks in the US and from a substantial segment of his own Conservative party, Johnson claimed Huawei will work only on “non-core” parts of the critical fiber project.

The resulting press coverage revealed an unusual split. The left-leaning Daily Mirror, for example, hailed Johnson’s defiance of Trump’s bully-boy tactics, while the right-wing media, which had backed Johnson to be in lockstep with the populist president’s new world order, were confused. There were no headlines from the Johnson-friendly media unctuously proclaiming the bold decision-making of the new PM, standing tall to US pressure. Indeed, The Sun, the UK’s tabloid voice of Fox News supremo Rupert Murdoch, was left wringing its hands and furrowing its brow.

“The first big decision of Boris’s majority administration is a high-risk gamble. We know this because, incredibly, ­ Huawei is officially deemed ‘high risk,’” it opined.

“Which begs the question: Why ARE we risking letting a branch of China’s Communist regime loose on our vital new broadband network — through which it could conceivably steal untold quantities of data and state secrets or shut down our power grid?”

Echoing these right-wing qualms, US Secretary of State Mike Pompeo was in London this week. He told the radio station LBC on Thursday: “We view the intrusion of the Chinese Communist Party into information-technology systems as a very great risk, a national security risk as well as a core privacy risk. If your health records are on a system that belongs and is controlled by the Chinese communist party, that is probably not something you would probably choose in the first instance.”

Yet, despite the obvious irritation of the Trump administration, there is still the desire to play nice with Johnson — the nationalist Brexit vote was seen as a forerunner of the MAGA movement. Indeed, Trump, despite his Twitter obsessive-compulsive disorder, has not uttered a word about the UK breaking ranks with his marquee anti-China policies.

Perhaps the self-appointed great dealmaker is waiting for the much-vaunted trade talks, when he will bare his teeth and demonstrate who really is the top dog in the “special relationship” and make Johnson eat humble pie in the form of imported US chlorinated chicken, currently banned in the EU.

Alternatively, Johnson’s life and career have been defined by a tendency to make risky moves and put himself constantly into jeopardy, yet somehow emerge victorious. This time, he may be gambling that he will not be forced into genuflecting to Trump — believing that there will be a new occupant of the White House come January 2021.