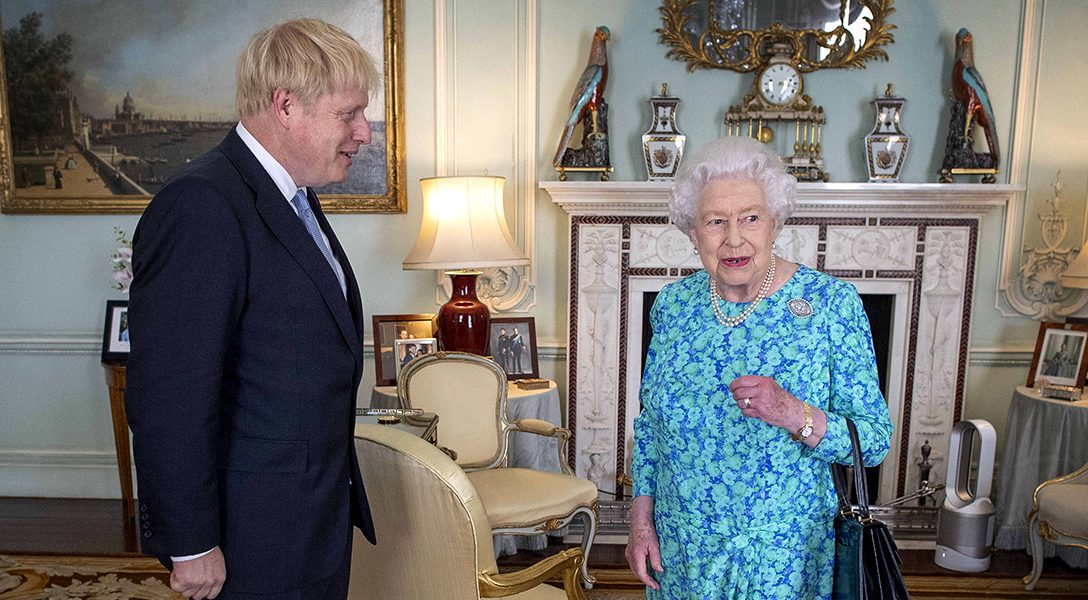 Omar Salem was frantic with worry. What should have been the happiest time of his life had become his worst nightmare. The birth of his daughter seven days earlier had turned into a medical emergency and she was hospitalized. Worse, the ward where she was battling for life was seriously understaffed, her father believed.

Enter stage right, Boris Johnson. The UK’s new Conservative prime minister was on a photo opportunity tour of Whipps Cross University Hospital, northeast London, and was about to cross paths with the frightened and angry father. Salem, an activist in the left-of-center Labour Party, was not about to miss the opportunity to vent his rage. Nearly a decade of austerity policies of the Conservative government, that Johnson now leads, are blamed for degrading the publicly funded National Health Service, which Salem’s gravely ill baby daughter was now depending upon for her survival.

He ambushed Johnson in a hospital corridor, and there was an angry confrontation. The coup de grace came when Salem accused Johnson of milking the visit for a distasteful PR exercise. Johnson looked the distressed father in the eye and declared (with epic Trump-ian chutzpah): ”There are no press here” — cue to the audible sound of photojournalists clicking their camera shutters.

#LiarBoris has been a popular Twitter hashtag ever since his elevation to the prime minister role in July. Johnson’s dissonance with the truth has been a lifelong endeavor — he got fired from his first job as a reporter at The Times for making up a quote that he attributed to his godfather. Bald-faced lying has defined him but in this Liar’s Poker era of politics it has not stymied his ruthless ambition.

The Brexit referendum in June 2016 (won narrowly by the campaign to leave the European Union) ripped a San Andreas–size fault line through the heart of UK politics — once renowned for its consensus, moderation, and good old-fashioned sense of British fair play. Since then, the UK body politic has been convulsed by a series of tremors and aftershocks that has climaxed in a democracy-in-crisis earthquake.

The UK Is Trumped: Departs from the EU, Deeply Divided

When Johnson suspended Parliament, opponents said it was done with “‘contempt for democracy” and designed to prevent scrutiny of Brexit and to force a no-deal divorce from the EU at the end of next month. In what was a historic indictment of a British prime minister, all 11 judges on the Supreme Court have now agreed that the five-week suspension of Parliament until October 14, which had to be given the green light by the Queen, was unlawful.

Because the suspension was unlawful, the judges did not need to consider Johnson’s motive. But the court did uphold an earlier decision taken by Scotland’s highest civil court which went further in its ruling by saying that Johnson misled the Queen.

As Parliament prepared to reopen its doors immediately, the clamor for Johnson’s political head reached new levels. Some Twitter exhibitionists declared he had committed treason, for which the medieval punishment was to be hung, drawn, and quartered. Johnson hot-footed it back from the UN climate summit in New York to face the cacophony of outrage in London.

Still, all is not lost. There is a good chance the next polls will reflect an “upside” for Johnson. Thanks to President Donald Trump, dabbling in newspeak is not career suicide for a politician, far from it. Johnson’s Brexit supporters will condemn the Supreme Court decision as yet more evidence of an Establishment conspiracy to sabotage “the will of the people,” and he will be lionized as the maverick confronting the liberal elite — and his lies, no matter how outrageous, will be excused as vital weapons in the final conflict for the soul of Britain.

Postscript — Salem has tweeted: “Our daughter is very much better, which is a great relief.” Meanwhile, Johnson continues to suffer from a serious bout of shamelessness.