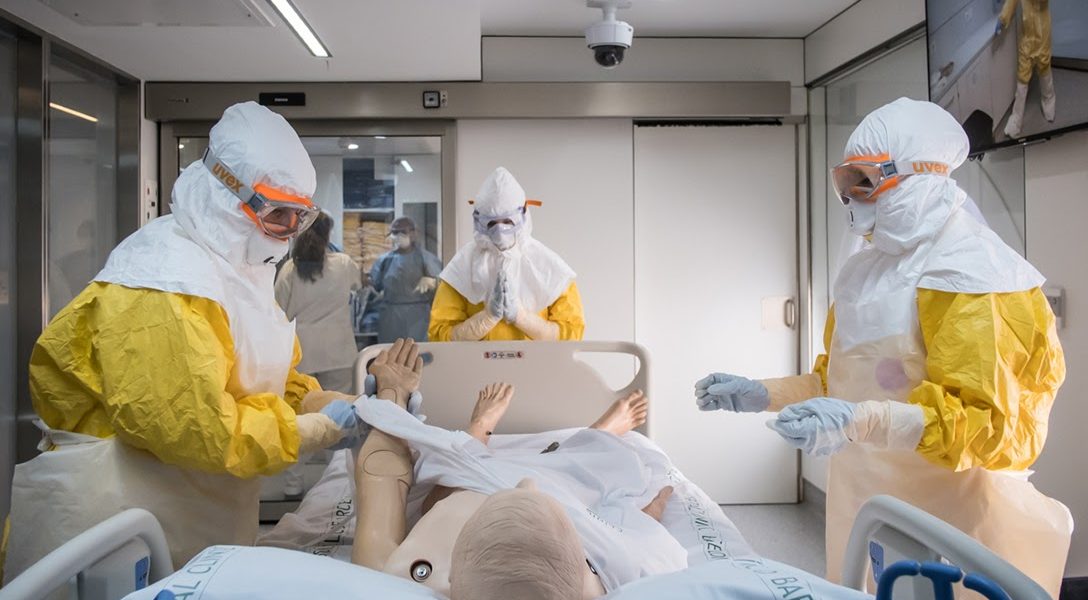 In the 1980s, US hospitals began to transform from institutions providing comprehensive care, no matter how long it took, to healthcare factories intent on shuffling patients in and out as quickly as possible. While this was meant to save money, shortages of basic equipment during the coronavirus outbreak have revealed the high price of these cost-cutting measures.

The shortage of beds, masks, ventilators, and other lifesaving equipment that is now putting American lives at risk can be traced back to federal healthcare reimbursement changes that were initiated during the Reagan administration and have continued ever since, experts say.

Specifically, this cost-cutting trend began in 1983, when Congress changed the reimbursement system for Medicare, says Stephen Mihm, a University of Georgia history professor who has studied the evolution of US healthcare financing.

Before 1983, Medicare reimbursed hospitals based on a day’s expenses. Under the new system, a patient’s diagnosis — rather than length of stay — determined these federal reimbursements. Because Medicare accounts for about 40 percent of all hospital revenue, this not only had a major impact right away but also caused some private insurance providers to follow suit.

“The new system only paid for a certain number of days in the hospital,” Mihm said. “This gave hospitals incentives to move patients out of the facility as quickly as possible, leading to a decline in the number of beds.” In the 1960s and ‘70s, the hospital system underwent a massive expansion in the number of beds. But the shift in reimbursement meant cutting back on excess bed capacity to such an extent that the number of beds not only failed to keep up with the overall population growth, but actually declined. According to Mihm, by the early 1990s, the number of beds per 1,000 people had fallen 50 percent from its peak.

In normal times, cost efficiency is generally considered a good thing, as healthcare expenses have grown steadily. But in a pandemic, Mihm said, “it means that the number of hospital beds per capita is much lower than it used to be.”

Inventories of hospital supplies, too, were trimmed back as hospital companies adopted management practices from the private manufacturing sector in response to the steady drumbeat calling for cost cuts.

“In recent years, many hospitals have tried to cut costs further via reforms in their inventory systems, attempting to emulate the just-in-time inventory strategies pioneered by automakers,” Mihm said. “This has meant that they’ve cut costs, but have a much smaller cushion of surplus masks, gowns, and so on at their disposal.”

“There is no money to be made in preparing for something that only happens every century,” Mihm told WhoWhatWhy. “And nonprofit hospitals, while not in the business of making money, are trying to keep costs to a minimum.”

At one community hospital outside of Cincinnati, OH, the supply of protective masks for nurses and other workers was depleted within days of the first cases of the virus, said a nurse who works in the emergency department there.

She is required to wear a powered air purifying respirator (PAPR) hood, protective gear that is meant to be used for one day only.

“I’ve been using the same mask and shield for a week,” the nurse, who asked to remain anonymous out of fear of losing her job, told WhoWhatWhy.

At the end of her shift, she wipes down the PAPR and places it in a brown paper bag. “I just have to hope that it’s there when I come back,” she said. “I’m surprised more healthcare workers haven’t been sick.”

The supply of wipes is dwindling, too, as is the cache of gowns meant to be worn when entering patient isolation rooms.

National Nurses United, the largest union of registered nurses in the United States, called on healthcare systems to dramatically ramp up healthcare capacity in the face of the COVID-19 pandemic.

“Imagine we were at war,” said Executive Director Bonnie Castillo in a statement. “We are — with a pandemic.”

She also pointed to decades of hospital cost cutting and downsizing as the reasons for the severe shortages in the face of the current pandemic.

“For too long, just-in-time hospital management practices have prioritized profits over stocking enough supplies and staffing enough nurses,” Castillo said. “This has eroded the ability of our nation’s hospitals to properly prepare for emergencies like pandemics.”

She called for all hospitals that were closed in the last five years, which number more than 100, to be reopened. She also called for the funding of new construction of hospitals and other care facilities and for the mass production of personal protective equipment and ventilators.

Mihm said the US government must step into the breach now and free up whatever surplus supplies it has.

He also recommended that the federal government pay private companies, “generously, if necessary,” to scale up production of equipment “no matter the cost.”

It may also be necessary to accept offers of help and equipment from other countries. Though this would be humbling, “getting a handle on the crisis matters more right now,” he said.