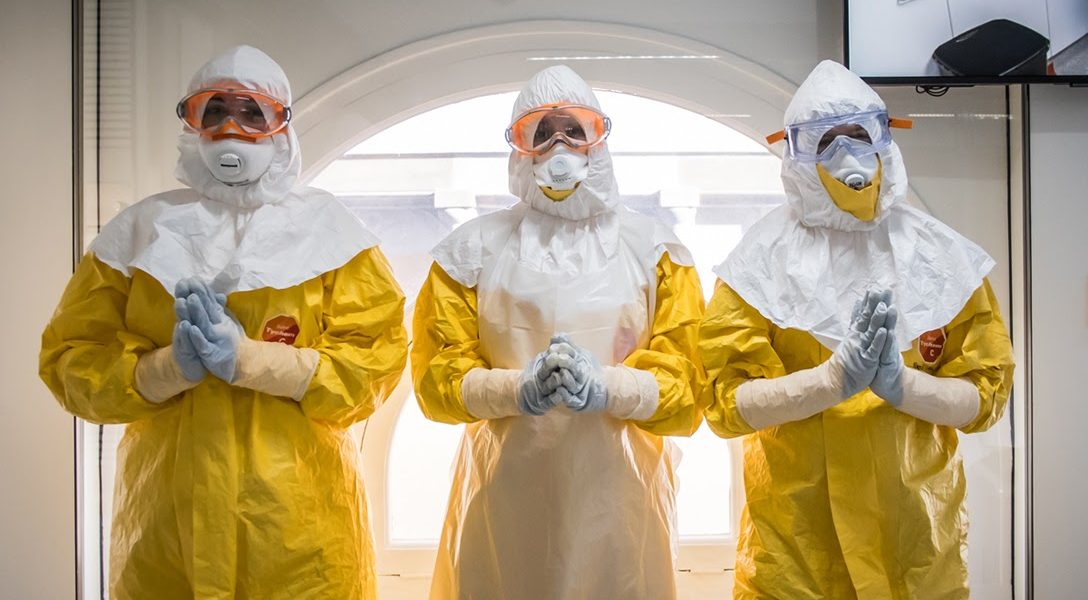 Add “coronavirus” to the website address (Worldometers.info/coronavirus), and this is what you will see — as of March 14, 12:47 PM, EST. But before you finish this article, these figures will have changed:

There is much you can do to avoid becoming one of these statistics and, mundane as it sounds, thoroughly washing your hands is one of them. But of course you already knew that. But below you may find a few surprises.

Some interesting, but not surprising, findings from the Chinese Centres of Disease Control and Prevention based on what is so far the largest study of infected people (40,000):

Percentages of those who died:

It has been well publicized that the vast majority of people who develop fatal cases of COVID-19 (and other infectious diseases) already have other problems — low immunity, heart disease, high blood pressure, diabetes, chronic obstructive pulmonary disease (COPD) — and they are elderly.

But this study shows that being a man is another factor — at least in China, where it is estimated that 52 percent of men smoke, compared with 3 percent of women.

Furthermore, “Women have intrinsically different immune responses to men. Women are more likely to suffer from auto-immune diseases, and there is good evidence that women produce better antibodies to vaccines against flu,” says Professor Paul Hunter of the University of East Anglia. For more evidence, please go here.

On the other hand, some say women face a greater risk of getting the disease because women make up an estimated 70 percent of healthcare workers.

Children Can Also Get It Bad, and Spread It

Despite these facts, we should keep in mind that children can become gravely ill with the virus. The number of seriously ill children, so far, may be small — but if any of these cases could have been prevented, it seems especially tragic. MedPage Today reports this disturbing finding:

Infections in children did not seem to figure into recent guidance for mitigating COVID-19 spread in New Rochelle, New York, where substantial local transmission was underway. It did not recommend closing schools, but only “social distancing measures,” … Distance learning was recommended only for students “at risk of severe illness.”

Where did this relaxed attitude come from?

“If you are under 50, with no preexisting conditions, the mortality is less than 0.2%. Kids under 10, they seem to tolerate it or don’t get it at all. That’s not the group to worry about,” says Dr. Robert Murphy, executive director of the Institute for Global Health, Feinberg School of Medicine at Northwestern University.

Not the group to worry about? But they do get the disease and, even if their cases are extremely mild, they can still spread it.

The media may also be partly to blame for this attitude. Nature reported on 10 Chinese children, aged two months to 15 years, who were brought to a hospital and tested only because of their exposure history. They all had mild symptoms. This report was picked up by other news outlets, all of which emphasized the mild symptoms, including Forbes, Reuters, and Physicians Weekly.

What they wrote was apparently accurate, but it’s worth repeating that — mild case or not — children can still spread the disease to anyone, including vulnerable adults who may die from it.

An earlier report on a smaller number of children — whose cases were much more serious — has gotten less publicity:

The New England Journal of Medicine reports six previously healthy children in China — ages one through seven — who became seriously ill with the virus. All six had high fever, coughing, and swollen tonsils; four were vomiting, and four developed pneumonia. All were treated with antiviral and antibiotic agents. (One received pooled immune globulin from healthy donors.) They all survived.

But much remains unknown. Dr. John Swartzberg of the Berkeley School of Public Health says that

the preliminary epidemiological data suggest that children don’t seem to get as sick as adults, but I want to emphasize that this is very preliminary data out of China … We don’t even know for certain that [children] are getting less disease. There are less than two months of data. We don’t know, in children and adults, how many are infected and don’t even have any symptoms. There could be a lot of us walking around with [what seem like] colds who have this, or they may be asymptomatic.

Because he is not elderly, and was in otherwise good health, this patient’s case may not have gotten appropriate attention. How often does this happen?

James Cai — a 32-year-old, non-smoking physician’s assistant — came down with a severe case of COVID-19 in less than a week. He can hardly breathe, scans of his lung show disease progression, and he will probably be put on a ventilator soon.

Cai says he believes he contracted the virus during a medical conference at a Times Square hotel in New York City the weekend before his hospitalization on March 3.

“In the beginning, they just treat me like normal flu. They say I’m young, I’m not going to die, but they don’t know the truth about corona.”

COVID-19 in the Gastrointestinal Tract

Even though the very first confirmed case of COVID-19 in the US included vomiting and diarrhea, the majority of sources listing the virus’s symptoms do not mention those problems — not the CDC (not even on their latest list), the World Health Organization, familydoctor.org, or countless news sites.

The symptoms they all usually mention — fever, nasal congestion, aches and pains, malaise, cough, shortness of breath — are also characteristic of a number of other ailments, including a bad cold. So why not add one more possible class of symptoms to the list?

Why it matters: Since diarrhea is rarely listed, you may think your fever and malaise are just related to some stomach virus, especially if you don’t have a fever.

In other words, the vomiting and diarrhea might cause you to rule out COVID-19. Especially if you don’t have a fever. The same sources that omit mention of gastrointestinal (GI) symptoms often neglect to mention the fact that patients do not necessarily have a fever.

Another reason it matters: When around an infected patient, you might take precautions against droplets in their breath, but not worry about other body fluids, like vomit and feces. And even if they never exhibited GI symptoms, the virus can still be in their feces.

Long after a patient is cured, they can still continue to excrete COVID-19 pathogens in their stool.

According to the journal Gastroenterology (as summarized by MedPage Today), the GI tract is a “welcoming environment for the virus.” And…

Here is a description of the fecal-oral route: “Pathogens in fecal particles pass from one person to the mouth of another person. … Fecal contamination of food is another form of fecal-oral transmission. The common factors in the fecal-oral route can be summarized as five Fs: fingers, flies, fields, fluids, and food.”

The Five F’s of the fecal-oral route of disease transmission. Photo credit: UNICEF / Wikimedia (CC BY 2.0)

The Virus and Your Pets

Earlier, it was reported that a dog tested positive for the virus in Hong Kong. Experts at the College of Veterinary Medicine University of Illinois at Urbana Champaign believe the dog was “in close contact with an infected human, who was likely shedding large quantities of the virus. This led to the virus being in the dog’s nose.” Later they learned that the swabs of the dog’s nose and mouth continued to test positive, but weakly so.

The CDC says, “At this time, there is no evidence that companion animals, including pets, can spread COVID-19.” But according to the experts at the University of Illinois, a person with COVID-19 could sneeze on their pet. Then the animal becomes another contaminated surface which, when touched by another person, could spread the disease. So animals living with sick people should be kept away from other people and animals.

Soap and water: The top defence mechanism is good hygiene. Viruses are extremely vulnerable to detergent because they are contained inside a fatty protective membrane that is detergent soluble. Soap breaks apart the outer layer and the virus is split apart. Liquid soap works well on surfaces because of the ease of handling, and bar soap works well on skin.

Hand sanitizers are not as good, but better than nothing, as long as they are at least 60 percent alcohol. Antibacterial products are useless when it comes to killing viruses.

For the most sophisticated advice on cleaning all kinds of surfaces, please go here.