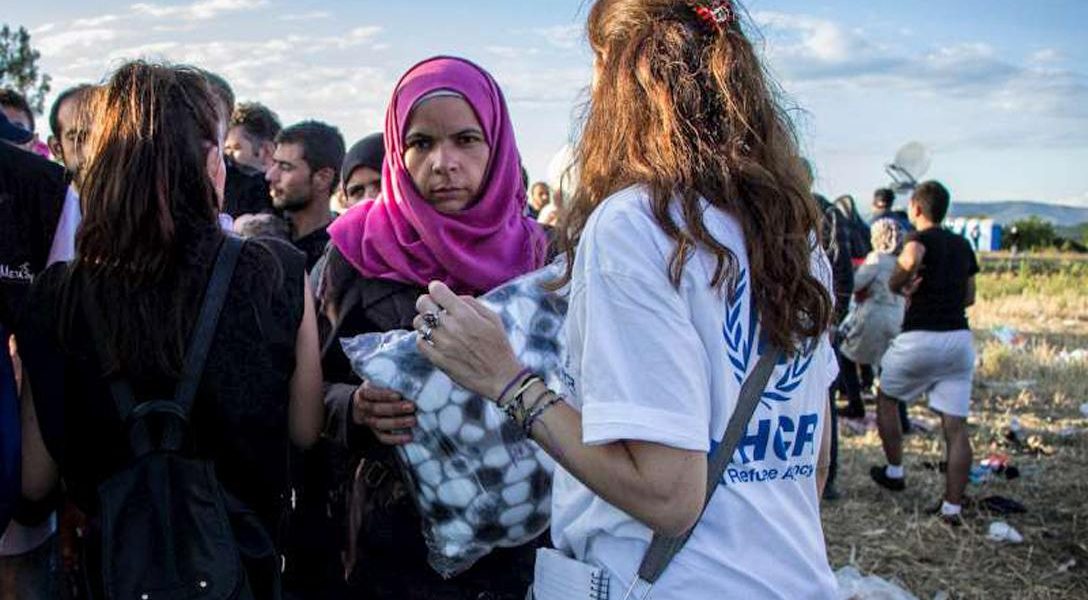 Who Caused Europe’s Refugee Mess? Why, We Did!

One thing you can almost always count on: When a major narrative takes over the news, it will be devoid of any sort of useful context. Put another way, when we are saturated with a “mega-problem,” we can be sure that we will not be told the real cause — not if it so happens the US had something to do with it. No, it is always just a new thing to occupy us, to push out other stories, to encourage copious amounts of superficial debate (of the sort that typically rages over spectator sports), that never begins to get at the truth.

And so it is with the epic deluge of refugees fleeing the Middle East for Europe.

I was among the unfortunately small numbers of journalists warning about the rush to war with Saddam Hussein, and pointing out how virtually the entire US establishment was complicit in this charade, thus justifying a war based on counterfeit claims. Shortly after the hostilities, I wrote about the role of The New York Times in stoking the machine, principally via its star reporter, Judith Miller.

But that colossal gamble was just for starters.

After creating a disaster in Iraq that has continued to the present day and has helped create the monster that became ISIS, the US went right on launching invasions based on fake justifications.

WhoWhatWhy argued at the time that, yes, even a Democratic president could be made to wage an aggressive war for self-serving purposes. And, yes, a Hillary Clinton could be a key cheerleader for that war. That was the “humanitarian” mission against Muammar Qaddafi in Libya. No mention of Goldman Sachs’s feud with Qaddafi or any of a plethora of other reasons this independent-minded figure “had to go.”

Then, not long after, those same Democrats, under pressure from the same coalition of interests — Middle Eastern allies, fossil fuel and financial corporations, the voracious military-industrial complex, and others — targeted Bashar al-Assad in Syria.

In all of these situations, we were presented honorable and urgent reasons to invade — or to foment or aid forces involved with overthrowing the country’s ruler. Invariably, these despots, long in power and long considered leaders the US could at least tolerate and often do business with, were suddenly grave threats to our own safety or to that of our allies — and/or they had suddenly ratcheted up their potential for monstrousness.

Also, in all of these situations, the result was disaster and chaos — and much more misery than the misery that we were told, falsely, we would help remedy.

But the truth was out there. As we have noted — and as the mainstream media has not — General Wesley Clark, former commander of NATO, revealed that the tragedy of 9/11 was used to justify implementing a plan that had long been in place for a whole raft of regime-changing invasions. Clark explained how he had been shown an actual list of countries to be targeted over a five-year period: Iraq, Syria, Lebanon, Libya, Somalia, Sudan, and Iran. And he labeled what was happening as “a policy coup.”

In light of Clark’s well-founded suspicions, consider another possible explanation for why Afghanistan might have been of interest to America’s military-industrial complex: its vast untapped mineral resources, not reported publicly until years after the US-led invasion there.

The fact is, the US and its NATO allies largely created the current refugee crisis by ill-advised aggressive actions that destabilized huge tracts of the Middle East and North Africa. It is therefore at least ironic that the pressure is on NATO countries like Hungary, Greece, Austria, Germany, and Denmark to “do the right thing” now. (Meanwhile, Serbia, not even a member of NATO, is being asked to “step up” to a problem it had nothing to do with.)

All this raises the question: Doesn’t the United States — where the GOP front-runner rides high on anti-immigrant sentiment — have a responsibility to help these desperate humans fleeing the hunger, disease, and death caused to some extent by its own actions?

And, speaking of responsibility, shouldn’t Saudi Arabia, Qatar, and other Middle Eastern countries that have been deeply involved with aggressive actions in neighboring Muslim countries — and that are blessed with abundant resources and vast terrain — be pressed to do much, much more?

Curiously, Saudi Arabia, feeling the heat, has just announced that it has already taken in huge numbers of Syrians; its oddly cursory claims, as yet unsubstantiated, range from several hundred thousand to 2.5 million.)

If true — and it’s a lot easier to believe that this has more to do with Saudi Arabia continuing to import underpaid workers for jobs Saudis won’t do than with a matter of conscience — it nonetheless puts the spotlight back on the Saudis’ great ally in Middle Eastern geopolitics: the United States.