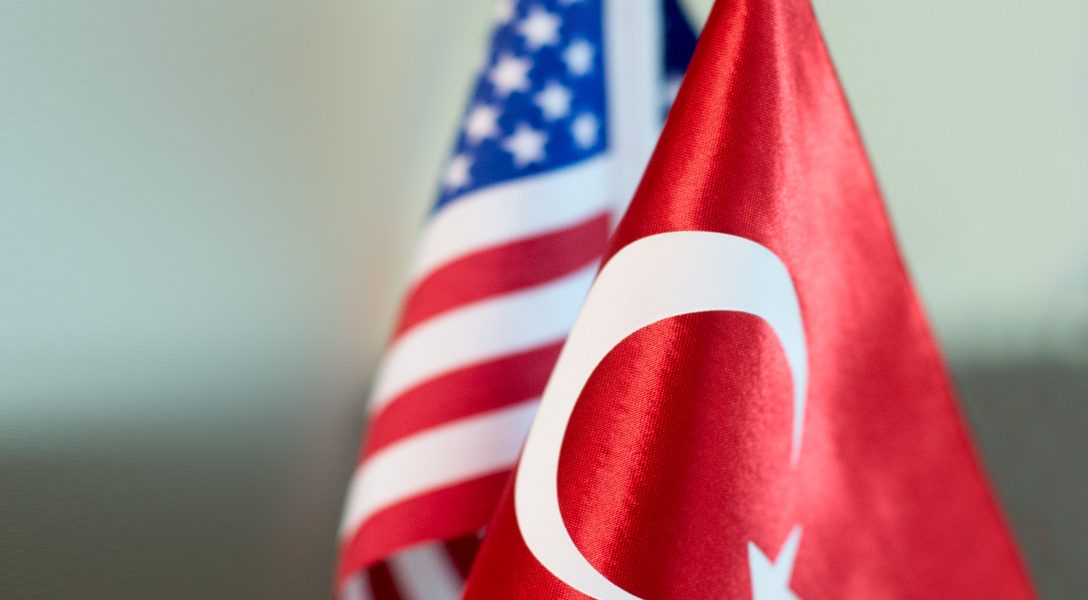 Photo credit: Adapted by WhoWhatWhy from Chairman of the Joint Chiefs of Staff / Flickr (CC BY 2.0)
Government Integrity International

Relations between the US and Turkey — a key American ally and home to NATO’s second-largest army — hit a new low on Friday, with the presidents of both countries rhetorically declaring economic war on each other. And over the course of a single day, the Turkish lira lost 17 percent of its value.

Within hours, early signs of panic spread to world financial markets. A European currency trader, who asked that his name not be published, told WhoWhatWhy on Sunday that he had never seen so much trade and volatility over a weekend, blaming it on the Turkey events.

Most analysts say that fears about a global recession triggered by a Turkish collapse are overblown at this point. According to data analyzed by Bloomberg, markets have priced the probability that the country would default on its sovereign debt in the next five years at about 25 percent. Such a default, far from inevitable right now, could cause trouble in Europe. But it is unlikely that the contagion can spread far enough to trigger a crisis of the magnitude of the 2008 crash.

Still, the feud could have profound implications for US policy in Europe and the Middle East, experts say.

“Turkey could be a lost cause for the West if Russia and China approach the situation opportunistically,” Cenk Sidar of Sidar Global Advisors, a Washington, DC-based strategic advisory firm, told WhoWhatWhy. Turkey, in fact, has already sought Russia’s help.

It has been a dizzying exchange with the occasional element of a spy-movie plot. The disagreements between the two countries run deep. This one started over the fate of an American pastor, Andrew Brunson, jailed in Turkey since 2016 on spying and terror charges.

According to a Washington Post report, President Donald Trump felt cheated in late July after Turkey failed to keep its side of a bargain to free Brunson in exchange for the release of a Turkish woman arrested in Israel for spying.

Within days, his administration imposed sanctions on Turkey’s justice and interior ministers, threatened to unwind Ankara’s duty-free access to the market, and radically increased tariffs, sending the lira into a tailspin.

“I have just authorized a doubling of Tariffs on Steel and Aluminum with respect to Turkey as their currency, the Turkish Lira, slides rapidly downward against our very strong Dollar,” Trump tweeted on Friday.

Many in Turkey saw it as adding insult to injury. The tweet came right in the middle of a much anticipated speech by Turkey’s recently appointed finance minister, and son-in-law of the country’s strongman President Recep Tayyip Erdogan. The minister had vainly attempted to reassure investors that he had a “new economic approach” to offer.

“Aluminum will now be 20% and Steel 50%,” Trump added, shocking many analysts. “Our relations with Turkey are not good at this time!”

The tweet came on the heels of an Erdogan speech in which the Turkish firebrand railed against foreign powers and vowed to win what he termed an “economic war” being waged on his nation.

“They may have their dollars, but we have our people and Allah,” Erdogan, who brands himself a moderate Islamist, proclaimed. Meanwhile, crowds gathered in front of currency exchanges in Istanbul and elsewhere, many of which set the buy and sell margins wide apart and stopped updating their current rates. Amid jitters about the safety of the banking system and rapidly rising prices of anything from onions and bread to luxury imported goods, a sense of shock prevailed.

Nearly all the currency exchange places in this part of Istanbul have stopped updating their rates. There’s small crowds inside, workers watching screens nervously. Note the difference between buying and selling dollars. pic.twitter.com/TdAGvMpODw

Notwithstanding the public displays of bravado, experts fear that Turkey, the US, and the EU all have much to lose from the breakdown of relations. A dissolution of NATO is hardly on the agenda, Dimitar Bechev, a prominent expert on European policy at the University of North Carolina at Chapel Hill, told WhoWhatWhy. Yet it is difficult to predict just how far the crisis will spiral, he added.

Turkey is home to millions of Syrian refugees, whom Erdogan has long threatened to send on to Europe. Aside from cozying up to Russia and China, experts say, Ankara can also significantly complicate US operations in Syria — where Turkey has been waging war on the Kurds, a key US ally against the Islamic State.

Related: Major Powers Mingle in Syria in an Explosive Mix

“This isn’t a good outcome for US or EU interests; both have an interest in a fiscally stable and well-governed Turkey,” said Aaron Stein, a prominent expert on Turkish affairs at the Atlantic Council, in a tweet. “Wounds are self inflicted but the impact may be felt beyond borders.”

In Turkey, meanwhile, blaming the country’s economic woes on the West may be convenient for Erdogan, who cemented his authoritarian power-grab in a controversial election in June but still faces numerous formidable challenges. The strategy does little, however, to address the underlying causes of the financial meltdown, which include erosion of the rule of law, credit- and construction-driven economic overheating, and a controversial fiscal policy directed by Erdogan.

Analysts differ on how significant the risks to Turkish banks are, but most agree that there is a danger of mass bankruptcies in the country’s private sector.

Most at risk are small- and medium-sized businesses, whose loans are often denominated in foreign currency while their income is denominated in the plummeting lira.

“Now that the economy is sliding into an abyss, a slide that can only be halted by wise monetary policy and political actions to restore investor confidence, the government has responded by blaming the entire decline on outside powers,” Jenny White, a prominent Turkey analyst at Stockholm University, told WhoWhatWhy.

“There is talk of a possible IMF bailout. [But] it’s unclear how IMF intervention will play in Turkey, where the economic mess has been blamed on foreigners.”

While an attempt to smooth out the conflict between Trump and Erdogan failed on Wednesday, triggering the latest escalation, diplomacy between the two allies continues.