Amid multiple spiraling crises both to the east and to the west, a key NATO ally is moving closer to a geopolitical and civilizational choice. It has been long in the making, experts say; it’s a very close call, and one that is so consequential it could have the potential to actually bring down NATO itself.

Turkey’s relationship with its Western partners has been on the rocks for several years now, with President Recep Tayyip Erdogan assuming near-dictatorial powers amid a growing purge at home and allegedly supporting extremists in Syria and elsewhere. Unfolding events from the last few weeks threaten to blow away any attempts to gloss over the rifts. Reza Zarrab, a Turkish-Iranian banker being held in the US, confessed to helping Iran avoid nuclear sanctions by conducting corrupt transactions through Turkey, and implicated Erdogan. While Turkey has sought to discredit his testimony as unreliable, the evidence collected reportedly includes evidence suppressed in Turkey in a corruption scandal years ago, and reports about the case sent the Turkish currency to record lows against the dollar in November.

Complicating Turkey’s standing with its traditional allies even further, the bombshell came amid unprecedented conflicts between the US and NATO, and a daredevil bid by the Saudi crown prince to redraw the regional political map in his favor — and occurred just as Michael Flynn, President Donald Trump’s disgraced former national security advisor, pleaded guilty to lying to the FBI about his links to Moscow and Ankara.

Turkey, representing NATO’s second-largest army and a key link between Europe and Asia, is at the epicenter of tectonic global political shifts. With millions of refugees on its territory, it holds the key to Europe’s refugee crisis. It has been seeking to broker a Syria peace deal with Russia and Iran, bypassing the US, the EU and the UN. Its accession talks with the EU have ground down to a virtual halt amid an intensifying crackdown on domestic dissent following a failed military coup attempt last year. Indeed, Erdogan has spoken about joining the Shanghai Cooperation Organization instead. Its purchase of an advanced Russian air-defense system and the recent scandals have led many to wonder whether it isn’t on a path to fully break with NATO.

“What if Erdogan finds himself unable to travel to Western countries for fear of being arrested as a result of these scandals, what would the alliance even look like in such a situation?” That was the rhetorical question posed by a prominent Turkish analyst, who asked not to be named for fear of persecution, in an interview with WhoWhatWhy.

Analysts say Turkey is badly positioned to pick a fight with the US now, particularly since its Persian Gulf trade partners are also plunged deep into uncertainty. Over the past weeks and months, Saudi Arabia’s 32-year old crown prince, Mohammed bin Salman, has embarked on an unprecedented internal purge, has all but declared war on Iran and has put Qatar — a key Turkish partner — under embargo. He has also blockaded Yemen, exacerbating one of the worst recent humanitarian catastrophes, and has plunged Lebanon into chaos by briefly detaining the country’s prime minister and forcing him to resign. All that, ostensibly, with full US support. 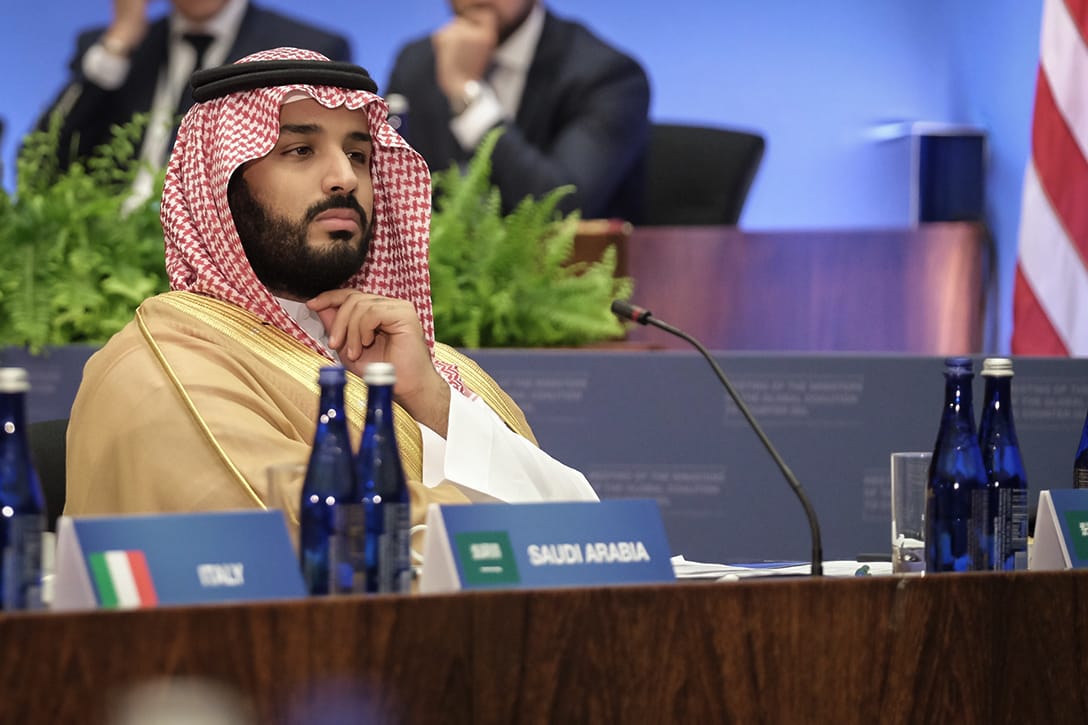 “Turkey’s anti-Saudi rhetoric may backfire … as [the] US and Saudi [Arabia] have been orchestrating significant changes in the region,” Sidar said. “Turkey’s dependence on the capital inflows may pose a serious threat for the stability of [the] Turkish economy especially if Turkish banks face some sanctions following the Zarrab case.”

Turkey’s economy depends heavily on trade and credit from the West and states in the Gulf including Saudi Arabia, Qatar and Iran. Perhaps the strongest argument in favor of a reconciliation between Turkey and its Western partners is the economic one.

Since coming to power in 2002, Erdogan has been a champion of the economy. Right now, official statistics are bullish, with growth projected at slightly above 5% this year. Yet with the steady collapse of the Turkish lira — which has lost about half of its value since 2013 — the heavily indebted private sector, whose loans are generally denominated in foreign currency, is struggling. Turkey has been in Morgan Stanley’s “Fragile File” of emerging economies since 2013.

“Turkey’s economy has actually already collapsed, but we don’t see it yet,” Sabri Oncu, a prominent economist at Istanbul’s Sabanci University, told WhoWhatWhy. He has questioned the official data — and is not alone in pointing out that a new GDP calculation method introduced last year saw Turkey’s GDP miraculously go up by 20%. He added that even the official statistics, namely double-digit inflation, tell a very concerning story.

Others are more sanguine, though the dangers facing Turkey’s economy are widely acknowledged.

“Turkey’s economy can overcome the current situation … if Ankara normalizes the political system,” said Sidar, listing improving relations with the West, guaranteeing the independence of the judiciary and repealing the emergency rule instituted after the unsuccessful coup last year as top priorities.

Nevertheless, Turkey’s interests are not necessarily the same as those of its leader. The intersecting crises come at a time when Erdogan is engaged in a high-stakes domestic power grab and is struggling to shore up his declining popularity in order to stay in power and thus avoid arrest for corruption, Jenny White — a prominent Turkey analyst at Stockholm University — told WhoWhatWhy.

For Erdogan, the trial in New York against Reza Zarrab (who has already pleaded guilty) and Mehmet Hakan Atilla — both accused of running a gold-for-crude scheme through Turkish banks in the early 2010s — has opened an old wound. Back in late 2013, Turkish prosecutors launched a similar corruption investigation into Zarrab and a long roster of officials that eventually included the president’s own son. Erdogan called the investigation — like the current one — an attempt to overthrow him. He quashed it by firing prosecutors and police. Now in New York, much of the same evidence is being investigated by the US authorities. “The FBI pieced together what was going on,” prosecutor David Denton told the New York Times for a November 28, 2017, report, “and the evidence they found tells the same story that the evidence collected by the Turkish police did.”

Erdogan is up for reelection in 2019, and White has cited an unpublished recent poll which reportedly showed his support as being around 35 percent, a figure that should be considered with the caveat that Turkish polls are known to vary widely. In any case, over the past few months Erdogan has forced out the elected mayors (many of them from his own party) of Istanbul, Ankara and other cities where he lost the popular vote in an April referendum that gave the presidency semi-dictatorial powers. Many saw this as a desperate attempt to blame his ebbing popularity on officials from his own party, as well as another move to grab power. Hundreds of thousands of Turks have been purged or detained, including judges, prosecutors, military officers, police, academics, journalists and politicians. About half of all Turks are now without elected local officials as a result of the purges.

“It seems to be a takeover of the system, not just of his party, of all of the levers of power,” said White. “He has taken over the judicial system, the security forces, the educational system … Now he takes over the mayorships, he’s already got the mukhtars [village heads] in his pocket, he’s got every single lever of power. He has destroyed civil society. It’s a way of rooting out opposition.”

The nightmare scenario, added White, would come if Erdogan were to lose hope that he can keep the lid on the economy and social discontent. Then he might secretly stir more violence and chaos in order to present himself as Turkey’s savior. Or he could annul the election and just be “dictator-president,” she said. “What is it that he doesn’t control at that point?”

If Erdogan is able and willing to officially grab all the power by force, he wouldn’t need the economy, or his Western allies as much. This is, in all likelihood, the critical choice Turkey faces. A choice that will affect not only Turkey, but quite plausibly the future of the alliance.

One response to “Is NATO’s Middle Eastern Anchor in Doubt?”