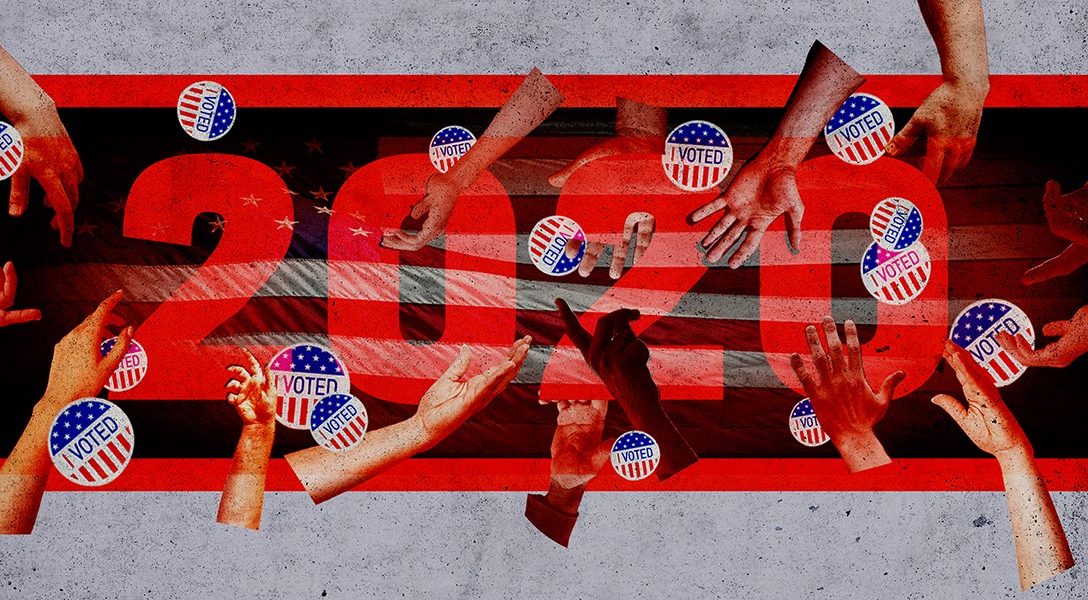 Our Best Election Integrity Coverage of 2020

For years, WhoWhatWhy has been a leader in covering election integrity. In 2020, we raised the bar, bringing you not only cutting-edge news coverage, but also an e-book featuring a deep investigative look into the murky world of voting machines — before Dominion came under fire — and a college campus voting guide focusing on the youth vote and young voter turnout.

Ahead of the curve, WhoWhatWhy anticipated the problems the country would have with election integrity. Below you will find a sampling of our stories that shows how vulnerable US elections are and what is and isn’t being done about it. Our series answering frequently asked questions about our electoral system. Although their rights to vote were recently restored, few former felons in Iowa and Florida registered to vote in the 2020 election. Pro-Trump protests continue, as does the counting of votes in Arizona. The Myth of the Cuban American Monolith

Despite a historic distrust of the left fueled by Republican messaging, many members of the Cuban American electorate in Florida are leaving the party of Donald Trump. Anitra Harris, front, and a team of election workers plug in pollbooks as they prepare the early voting site at the Randallstown Community Center for the first day of early voting in the Maryland primary on July 21, 2020. Photo credit: © TNS via ZUMA Wire

With a pandemic still raging, athletes and election advocates are teaming up to make voting as exciting as the Super Bowl. Many Peach State residents had to wait hours to vote on Tuesday, as what had been billed as a state-of-the-art voting system broke down, causing chaos in many precincts. A computer printout of a Georgia ballot includes an encrypted QR code representation of votes cast. The English words below are not counted as the actual vote, meaning votes cannot be audited by humans. Photo credit: Darlena Cunha / WhoWhatWhy

The 2020 general election is looming ever closer, but will it be safe and secure? These Diebold touchscreen voting machines, being inspected here back in 2013, are still in use in Shelby County, TN. Photo credit: © Jim Weber/The Commercial Appeal/ZUMAPRESS.com

After thousands of votes mysteriously vanished from touchscreen voting machines in Shelby County, TN, a battle rages over how to replace the machines. FEC Commissioner Ellen Weintraub sat down with WhoWhatWhy to talk about money in politics, losing a quorum, and what it could mean for the next election. The ExpressVote “paper ballot” produces a barcode that is used to store and count votes rather than human-readable printouts. Photo credit: Verified Voting Foundation, Inc.

While more states move toward hand-marked paper ballots, others will keep using outdated voting machines that are hackable and known to have serious security flaws.

Don’t forget to take a deep dive into the world of voting machines and the rankings of university voting accessibility for a better understanding of the US election systems. “Is This Any Way to Vote?: Vulnerable Voting Machines and the Mysterious Industry Behind Them” by Celeste Katz Marston and Gabriella Novello. Photo credit: WhoWhatWhy

Excerpt from Is This Any Way to Vote?: Vulnerable Voting Machines and the Mysterious Industry Behind Them by Celeste Katz Marston and Gabriella Novello. Schools are rated on all kinds of factors. This year, WhoWhatWhy ranked them in terms of student voter turnout and accessibility. Months of research boiled down to the top schools in every state, whether they make it easy for their students to vote.