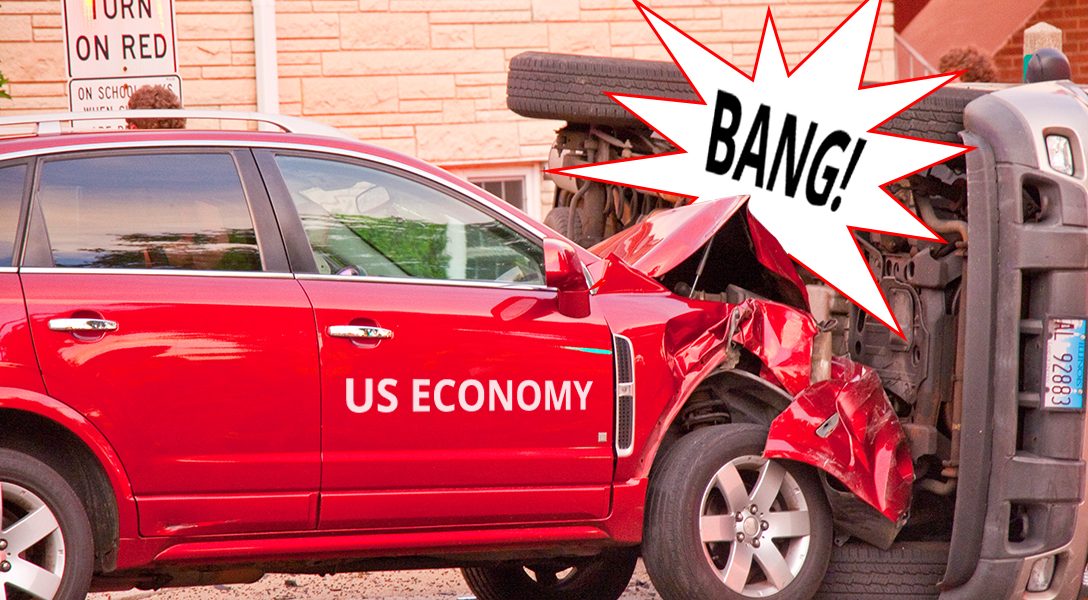 A Move Toward the Next Financial Crisis

Financial crises tend to strike with all the subtlety of a Kansas tornado — out of the blue and with utter indifference to the mayhem they wreak. But the crisis itself — the moment when asset prices plunge, lending collapses, and the economy starts to contract — is not the moment when things go wrong; that’s just the moment when you notice. Things go awry long before, when few are looking.

What most folks don’t see is the sort of thing that happened on Tuesday, when federal financial regulators took what could prove to be a significant step toward the next crisis. It involves the Volcker Rule (after former Federal Reserve Chairman Paul Volcker), enacted as part of the 2010 Dodd-Frank law that was Congress’s response to the crisis of 2008. The law was intended to curtail “proprietary trading,” the polite term for banks betting with federally insured deposits for their own gain.

History is littered with disastrous proprietary trades, by banks and non-banks, that have wrought financial and economic havoc. Failed bets by Merrill Lynch and the late Lehman Brothers are partly what accounted for the financial calamity that ensued in 2008–09. The 1998 failure of the hedge fund Long-Term Capital Management rocked stock markets around the world.

But a rule change approved Tuesday by the Federal Deposit Insurance Corporation (FDIC) and the Office of the Comptroller of the Currency — and now under review by three other federal agencies whose approval is needed — would weaken the Volcker rule in several ways. Volcker 2.0, as it’s being called, would narrow the scope of financial instruments subject to the rule and allow big banks to decide for themselves whether certain trades comply with the law. Future revisions could give banks more freedom to invest in risky hedge and private-equity funds. Assuming the other agencies approve the changes, they take effect on January 1.

Supporters of the revisions — which the four-member FDIC board approved by a vote of three Republican appointees to one Democrat — say they merely clarify and streamline a rule that has been too burdensome and complex, partly because it’s nearly impossible to distinguish proprietary trading from “market making,” as the industry calls serving clients.

Opponents fear they will eviscerate Volcker, which “will no longer impose a meaningful constraint on speculative proprietary trading by banks and bank holding companies benefiting from the public safety net,” says Martin J. Gruenberg, an Obama appointee and the FDIC board’s sole dissenting vote.

Getting Away Clean — Why Guilty Bankers Rarely Do the Perp Walk

What Smart People Are Saying About the Tax Bill

Risky Bets With Other People’s Money

The details here are less important than the general drift of policy, which is easier to see if you take a long-term view. Banking is an inherently risky business, and investment banking in particular is a magnet for personality types eager to make high-stakes bets with other people’s money. Those bets occasionally go spectacularly wrong, threatening the financial system (the rarefied world where money is loaned and invested) and ultimately the real economy, where most people live, work, and consume.

These mishaps are not just occasional anomalies. Without adequate regulation, they are inevitabilities, as a long history of bubble-and-bust cycles shows. The late economist Hyman Minsky’s financial instability hypothesis explains why: Banks are always competing for greater profits, which generally requires greater risk. Unless restrained by external regulation, they are forced by the relentless logic of the marketplace to lower lending standards, dabble in the sort of derivatives that Warren Buffett famously called “financial weapons of mass destruction,” and do other things that push them across the invisible line between prudence and recklessness. New Deal measures that constrained risk-taking were meant in part to save banks from themselves. They worked fairly well until the 1980s, when regulation became a four-letter word.

The Volcker rule is only one area where the political puppets of Big Finance are paring back regulations aimed at reducing the chances of another crash. Others include easing “stress tests” of banks’ ability to withstand a crisis, and an easing of capital ratios, a key measure of bank health.

It should surprise no one that an administration dense with people from the world of Goldman Sachs is pulling down the Dodd-Frank safety net, or that a leader of the assault on Volcker is a former private-equity partner, Trump-appointed Fed board member Randal Quarles.

One hopes the hand-wringing prompted by Tuesday’s actions proves overwrought, but there’s a long record of disasters caused by unrestrained financial institutions, and there’s no reason to think that if they’re let entirely off the regulatory leash they won’t burn down the house again.

If and when the next crash occurs, don’t blame Wall Street for doing what it’s highly incentivized to do. To paraphrase the gun lobby, bankers don’t crash the economy; lax regulators do.