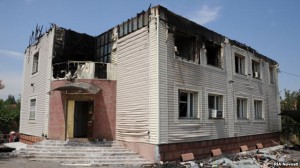 Every now and then, Syria jumps into the headlines, and our consciousness. Even then, it’s easy to forget the big picture: that the United States government and its allies are waging, through surrogates, a war designed to overthrow an existing government.

One of the reasons we forget is that the news media does such a terrible job of providing context. Here are a few contextual aspects we’ve collected over the past few weeks:

Who Caused the Crime?

The New York Times reported that Syria is descending into lawlessness, that ordinary crime has the population terrified:

…The consequences of the war here have become familiar: neighborhoods shelled, civilians killed and refugees departed. But in the background, many Syrians describe something else that has them cowering with fear: a wave of lawlessness not unlike the crime wave Iraq experienced during the conflict there.

From Dara’a, near the Jordanian border, to Homs, Damascus and here in Syria’s commercial capital — the fighting has essentially collapsed much of the civilian state. Even in neighborhoods where skirmishes are rare, residents say thieves prey on the weak, and police stations no longer function because the officers have fled.

But who is responsible for this descent into chaos? We are. Our taxes and our government fuel the revolt in Syria, and so, whether or not we might feel the revolt itself worthy of support, we ought to at least acknowledge that the crime wave and attendant terror did not just happen, nor was it caused by the Assad regime.

Getting in and Getting the Story

For the longest time, we heard only stories interpreted by one side in this conflict. The reason, we were told, was because Western news organizations could not get their own reporters on the ground. But see this New York Times piece from July 30, reported first-person from Syria’s biggest city, Aleppo. Because there is no staffer byline on the story, we may assume that the paper managed to find some competent and trustworthy Syrian to provide coverage. This raises the question of why it took so many months to recruit such personnel.

Recall that terror attack on a busful of Israeli tourists in Bulgaria? Despite a lack of solid evidence, Israel quickly labeled the attack the work of Iran-backed Hezbollah operatives. The attack, and the allegations against Iran and Hezbollah, were covered heavily around the world.

Did you hear about another terror incident? An arson attack completely destroyed two floors of the Syrian consulate in Almaty, Kazakhstan, Syria’s only diplomatic mission in that country. That attack has been little covered—and journalists have shown no interest in figuring out who might have been behind it. Ironically, the US government’s Radio Free Europe did cover it, though the media did not.

To be sure, the two incidents bore little resemblance, and the scale and consequences were not comparable. The Bulgarian attack involved a suicide bomber and resulted in fatalities and the Kazakh one did not. Nonetheless, the contrast in coverage and in assigning blame is striking.

It’s interesting the way the Bulgarian attack was instantly connected with Iran—a country whose every doing (and non-doing) is fodder for a massive propaganda campaign designed to justify military action against it. Meanwhile, essentially no one bothered to propose who might have been behind the attack on the Syrian regime’s consulate. Try a search on both and you will be astounded by the huge disparity in media interest. You will also be struck by the fact that the Syrian regime, which is under attack from forces sponsored by Saudi Arabia, the West and their allies, nevertheless does not specifically accuse America and its allies of being behind the attack.

Typically, when a broad “coalition” gets behind some proposed war, as with Syria, the motivations vary—and the risks proliferate. It is of interest to note how the uprising in Syria is providing cover for another uprising—by the stateless Kurds–whose homeland sprawls into several countries, principally Syria, Iraq, Iran and Turkey. This is causing grave consternation in Turkey, which has fought a decades-long war with Turkish Kurds seeking to join a greater Kurdistan. Now that the Assad regime has been destabilized, the Turks have an incentive to speed up the effort to oust the Syrian government and get another one in place. The problem for Turkey is that it’s just as likely that this will produce more chaos, and more problems with its Kurdish population.

Have you heard about the case of the French journalist Gilles Jacquier, who was killed in January in the Syrian city of Homs? An early investigation by the French (part of the Western coalition seeking to overthrow Assad) said he was killed by a Syrian army shell. However, members of the anti-Assad opposition are said to have told peacekeeper-observers for the Arab League that they unintentionally killed him with a mortar-fired rocket, erroneously believing that they were firing at government troops.

Now, half a year later, shades of the Pat Tillman case, the French ministry of defense has been forced to admit that, indeed, the rebels it supports were responsible. But according to the French newspaper Le Figaro, back in January the governments of France and Qatar (a close ally of Saudi Arabia and the West) had pressured the Arab League not to release its embarrassing report.

In recent days, we’ve heard growing warnings from Assad’s Western opponents about his forces possessing chemical weapons—and of what might happen if he uses them. Assad has stated that he does have such weapons but will not use them on any Syrians, including the domestic opposition. He does, however, reserve the right to use any and all weapons should foreign powers invade.

The drumbeat on the chemical weapons issue has increased, almost across the media spectrum—a phenomenon we have seen repeatedly on Syrian stories, and, similarly, with Libya before Muammar Qaddafi was removed. It doesn’t matter if it’s the rightwing Fox News or the Leftist Guardian – everyone is on board.

If you choose a particular regime and stress what kinds of harmful weapons it has or may have, by implication you agitate for intervention. In fact, many regimes, including the US, Britain, France, Israel and their allies, also have weapons that can exact a horrific toll, yet that is not perceived as a basis for removing those governments—because they are “our side” and therefore not a perceived threat. Ditto with the Saudis.

Here’s the UK-based Guardian with an “interactive” feature on Syria’s chemical weapons:

Syria’s chemical weapons stockpiles – which include mustard gas and sarin, a devastating nerve agent – are currently in control of troops loyal to Bashar al-Assad. But where are they, and what effect could they have if the regime became desperate?

You get the idea.

Perhaps you saw a video we ran recently. It is of General Wesley Clark, the former NATO commander, asserting that the United States had a plan since at least 2001 to invade and remove a number of regimes, including Iraq, Libya, Syria and Iran.

Hardly anyone in the West knows of this claim, though it seems enormously relevant to the ongoing discussion of “what to do” about Syria.

The Abuses That We Don’t Hear About

Back in March, Human Rights Watch released a public letter on abuses committed by the Western-backed Syrian opposition. Here’s the summary of what HRW found:

As we noted a while back, unsubstantiated and indeed highly dubious claims of mass rapes by regime forces have gotten wide play, but not the doings of the other side.

A couple of months ago, we reported claims from a German media outlet, the Frankfurter Allgemeine,  that a horrific massacre of civilians in the Syrian village of Houla had been carried out by rebel forces. It’s important to note that in the same time frame, another German publication, Der Spiegel, asserted the opposite. We don’t know what’s true. But we do know that you have a right to hear all of the emerging claims, and that these things need to be handled with great care. That’s exactly what didn’t happen, when, right after the tragedy, the world’s media rushed to blame the Syrian government, charges which provided fodder to those arguing for a “humanitarian” (military) intervention.

Some uprisings are more deserving than others—that’s the tacit message we get—based on which are covered and which are not.

The uprising that doesn’t exist, as far as the West and its allies (and their media) are concerned, continues. A prominent Shiite cleric in Saudi Arabia’s oil-producing Eastern Province, outspoken in his condemnation of dictatorship (in the Sunni-dominated kingdom and elsewhere) was badly injured…in unclear circumstances related to his arrest by the authorities. Hundreds took to the streets in the aftermath. Not a word appeared in any major Western media.