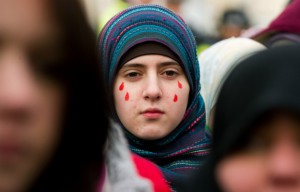 Friday, we read in the New York Times and elsewhere about one of Syrian President Bashar al-Assad’s most important supporters and allies having defected. The impression one gets is that Assad’s government is in a state of collapse— and this gives credibility to those pushing for Assad to turn over power.

But what the media are not mentioning is that Brigadier General Manaf Tlass did not defect directly from the Assad inner circle. He had already fallen into disfavor early in the uprising and lost his command in May 2011—14 months ago. If you had that additional piece of information, you would interpret the news reports in a totally different way.

When a piece of evidence that contradicts the overall impression is absent from the reportage, the reportage itself is almost worthless.

As are reports of horrific events without adequate fact-checking and follow-up. Remember the Houla massacre? Who carried that out?

The media told us that more than 100 people, including women and children, were brutally slaughtered at close range in the village of Houla in late May. The bloodshed, reported around the world, was ascribed to a militia, the Shabiha, which is loyal to Assad. Here’s an example, from the BBC website:

Survivors of the massacre in Syria’s Houla region have told the BBC of their shock and fear as regime forces entered their homes and killed their families….

Most witnesses who spoke to the BBC said they believed that the army and shabiha militiamen were responsible.

“We were in the house, they went in, the shabiha and security, they went in with Kalashnikovs and automatic rifles,” said survivor Rasha Abdul Razaq.

Later, a dribble of accounts cast doubt on this, since the people killed were, by and large, themselves supporters of Assad. But few heard about these. The BBC report did not say who Rasha was, or provide any evidence that she actually was there, or that if she was, she had any basis for saying that the killers were identifiable as to their affiliation. BBC quoted one other source, who did not provide a name.  Despite the thinness of this material, the BBC story was picked up all over the world, and became perhaps the definitive account.

Hence, you probably were unaware of an article from the Frankfurter Allgemeine-Zeitung, a traditional and serious German newspaper for whom I’ve written in the past. It published a report a month ago from a correspondent who got eyewitness accounts from people who he says had visited the Houla area. The correspondent, Rainer Hermann, says that these eyewitnesses were Assad opponents, yet discovered that government backers were not responsible for the massacre.

Hermann’s sources described the events as follows: anti-Assad rebels attacked army roadblocks just outside Houla, which had been intended to protect villages, where the majority are members of Assad’s Alawi sect, from Sunni militias. The soldiers at the roadblocks, overwhelmed, called for backup, which led to a 90-minute battle, in which both sides sustained extensive fatalities.

It was in this time frame that the unidentified militias entered Houla.

“According to eyewitness accounts…those killed were almost exclusively from families belonging to Houla’s Alawi and Shia minorities. Over 90% of Houla’s population are Sunnis. Several dozen members of a family were slaughtered, which had converted from Sunni to Shia Islam. Members of the Shomaliya, an Alawi family, were also killed, as was the family of a Sunni member of the Syrian parliament who is regarded as a collaborator. Immediately following the massacre, the perpetrators are supposed to have filmed their victims and then presented them as Sunni victims in videos posted on the internet.

…”Their findings contradict allegations of the rebels, who had blamed the Shabiha militias which are close to the regime.”

Thus, Hermann seemingly was able to do something that most of the Western reporters have been unable to do: find opponents of Assad who nevertheless may be willing to provide accounts that do not serve their own interests.

Of course, we could do with more information on Hermann’s sources. How do we know they were really in Houla? How do we know they are really opponents of Assad, not just pretending to be? Their story of inter-communal strikes makes more sense than the one that went around the world and turned so many people who had not been paying attention into supporters of toppling Assad. But nevertheless, everyone needs to provide more detail so we can try to ascertain what is true.

Almost all of the accounts in major news organization stories are characterized as being from the opposition, almost all portray everything as caused solely by the regime, and almost all add the disclaimer that the information “could not be independently verified.”

Though conventional journalism likes to advertise that it is “objective” and doesn’t take sides, I don’t recall hearing much from the Syrian regime’s point of view, beyond general and unconvincing denials following reports of regime wrongdoing. One almost gets the impression that the Syrian government does not wish to be heard.

But that turns out not to be the case.

With Syria’s neighbor Turkey increasingly the leading edge for NATO on toppling Assad, it’s interesting that a Turkish newspaper was willing to hear what the Syrian leader had to say:

In an interview with the Turkish daily Cumhuriyet, Bashar Assad went after Turkey’s Prime Minister Recep Tayyip Erdogan with an extraordinarily interesting critique. A version translated into English by the Syrian news agency, SANA, shows Assad  stressing his goodwill toward the Turkish people in the  first part of the interview, then raising questions about the motives of the alliance seeking to overthrow him:

Assad: Qatar, for instance. Why didn’t he do anything after the Marmara ship incident except shouting? Why did he challenge Israel, and then suddenly agreed to deploy the missile shield in Turkey? Did he deploy it in order to protect Turkey from the attack of a hostile country? Did America build these bases in order to protect itself against this region? Which country in the region has the capability to threaten America? No country.

You don’t have to be a fan of Assad (and who is?) to find it worthwhile to read his comments.  Hearing, almost for the first time, from the other side in a conflict gives one a rush—reminds me of a rule we were taught in journalism school but which never seemed to come up again, except in the most superficial ways: To find out what is really going on, make a real effort to speak to both sides.

All Hillary, All the Time

While the Western media simply ignores statements from the Syrian establishment, it functions as the flip side of the Syrian government press agency, publishing a relentless stream of declarations from the establishment trying to bring Assad down. For example, again from The Times, Hillary Clinton’s well-covered remarks on Tlass:

Later at a news conference, Mrs. Clinton said that General Tlass’s reported defection and those of other senior military officials had sent a powerful message that Mr. Assad’s government was on its way out. She described General Tlass as “a very close and longtime ally” of Mr. Assad and his father.

So what you have is Hillary Clinton being willing to distort the Tlass development, and the media only too happy to go along.

There’s a growing body of evidence that we Americans are being lied to by our government, with nary a peep from the people’s representatives in the press. That’s one development, sadly, that really is not news.

26 responses to “Everything They’re Telling Us About Syria….is False?”