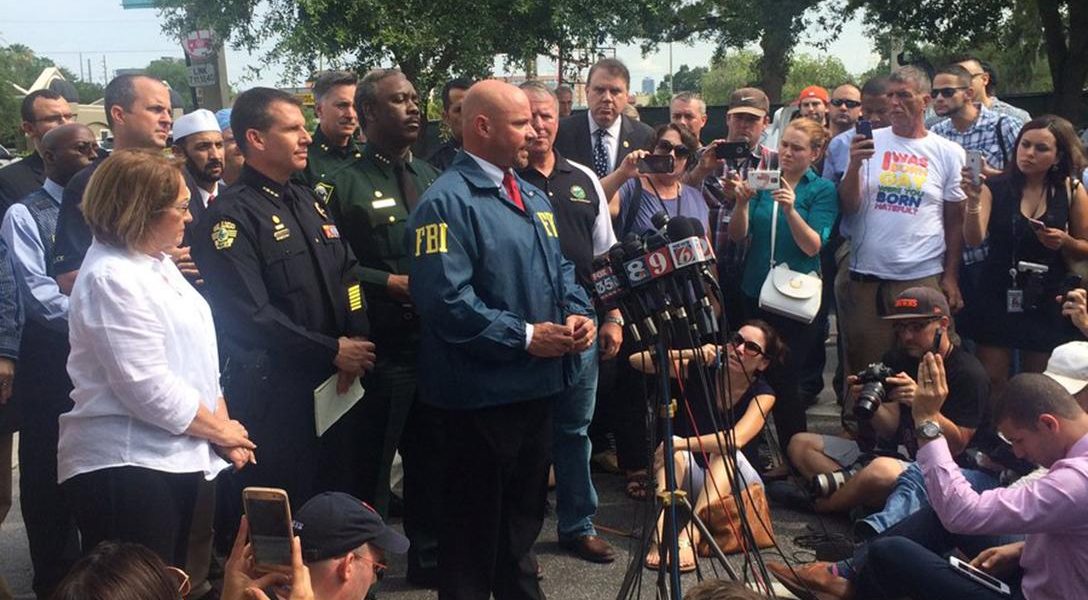 Why You Haven’t Yet Seen Our Coverage of Orlando

If you are wondering why you have not yet seen a WhoWhatWhy story on the domestic terrorist attack in Orlando, consider this: When the media covers a major event, a herd mentality takes over, in which being first often becomes more important than being accurate.

We don’t want to participate in that race to the bottom for scraps of information that, ultimately, may turn out to be inconsequential or, even worse, incorrect. We have seen time and again the damage done when false information is disseminated or the photos and names of the wrong suspects are plastered across front pages.

Will we cover Orlando? Of course we will. After all, the attack not only shocked people around the world but it also involves many of the topics we regularly cover: terrorism, surveillance, gun rights, the treatment and targeting of minorities, the impact of major events on the presidential race and even the curious pattern of links between Muslim suspects and the FBI long before the respective attacks take place.

Will we take our time to cover Orlando? Yes. A rush to judgment serves nobody and we won’t be a part of it. As we look into the shooting, we would like to hear from you. We not only pride ourselves on doing a different kind of journalism but also on having attracted readers who look beyond the version of news presented to them on a silver platter by the mainstream media.

So what do you think about the attack, the alleged shooter (and initial reports that he had been on the FBI’s radar), the selected target, and anything that you think stands out?

Email us or comment below and we will read what you have to say and, if appropriate, include your insight as part of our coverage. In the meantime, here are some of WhoWhatWhy’s pieces that might provide useful background on what happened in Orlando and the issues surrounding the attack.

• Just last month, James Henry wrote an exclusive about how the FBI had flagged at least one of the Boston Marathon bombers as a terrorist threat in his immigration records, despite publicly denying it had done so. His story, “Tamerlan Tsarnaev’s Immigration Records Reveal FBI Bombshell,” created a buzz for weeks.

• In “Bringing a Knife to a Gun Fight,” Klaus Marre examines the mismatch between the deep-pocketed NRA and its followers on one side, and the disparate anti-gun movement on the other.

• Russ Baker went to work within days after the Boston Marathon bombings and offered “What the Media Didn’t Warn You About.” In it, WhoWhatWhy’s founder reveals to readers the media’s eagerness to manipulate and exploit emotions in the wake of tragedy.

• Reminding us all that religious fanaticism by individuals with access to dangerous weapons and training is not a malady relegated to elements of the Muslim faith, Jeff Schechtman asks “Do Christian Fanatics in the Military Endanger National Security?” Herein is a troubling story on the dangerously excessive influence of Christian extremism in the US military. It’s an ugly fight and the push-back against those seeking safeguards has been intense.

• Contributor Peter Dale Scott offered us “Is One Muslim Man’s Drug-Crazed Rampage Terrorism?” His piece came in the wake of the murder of a Canadian soldier in Ottawa and the subsequent shootings at Canada’s parliament. He argues the government quickly framed it as a terrorist action, and an excuse to boost the state’s powers.

As for the latest developments on the Orlando tragedy as reported around the web, we’ve picked a few that stand out:

• In an exclusive that Treasure Coast Newspapers put out Sunday, alleged shooter Omar Mateen was characterized by former co-workers as “unhinged and unstable.” One co-worker was so affected by Mateen’s behavior that he “quit because everything he said was toxic. And the company wouldn’t do anything. … He talked of killing people.” Treasure Coast Newspapers covers the region where Mateen lived, worked and went to school.

• The Intercept’s Murtaza Hussain points to a study that makes a correlation between mass shooting suspects and domestic violence. Mateen’s ex-wife claims Mateen beat her repeatedly during their brief marriage.

• The Orlando Sentinel quotes witnesses who claim Mateen was a regular at Pulse, the nightclub where the shootings took place.

• On his nightly show Monday night, MSNBC’s Chris Hayes planned to follow up on this Tweet, which claims a witness told Hayes that Mateen had been using a gay dating site’s app.

• The Palm Beach Post has an evolving timeline of events related to the suspect and his family, as well as the suspect’s ties to American jihadist Moner Abusalha, who died in a suicide bombing in Syria.

• In a widely covered conference call, the owner of the gun shop where Mateen purchased his weapons days before the attacks said the suspect purchased them legally and there was nothing to indicate he was a threat after passing a full background check.