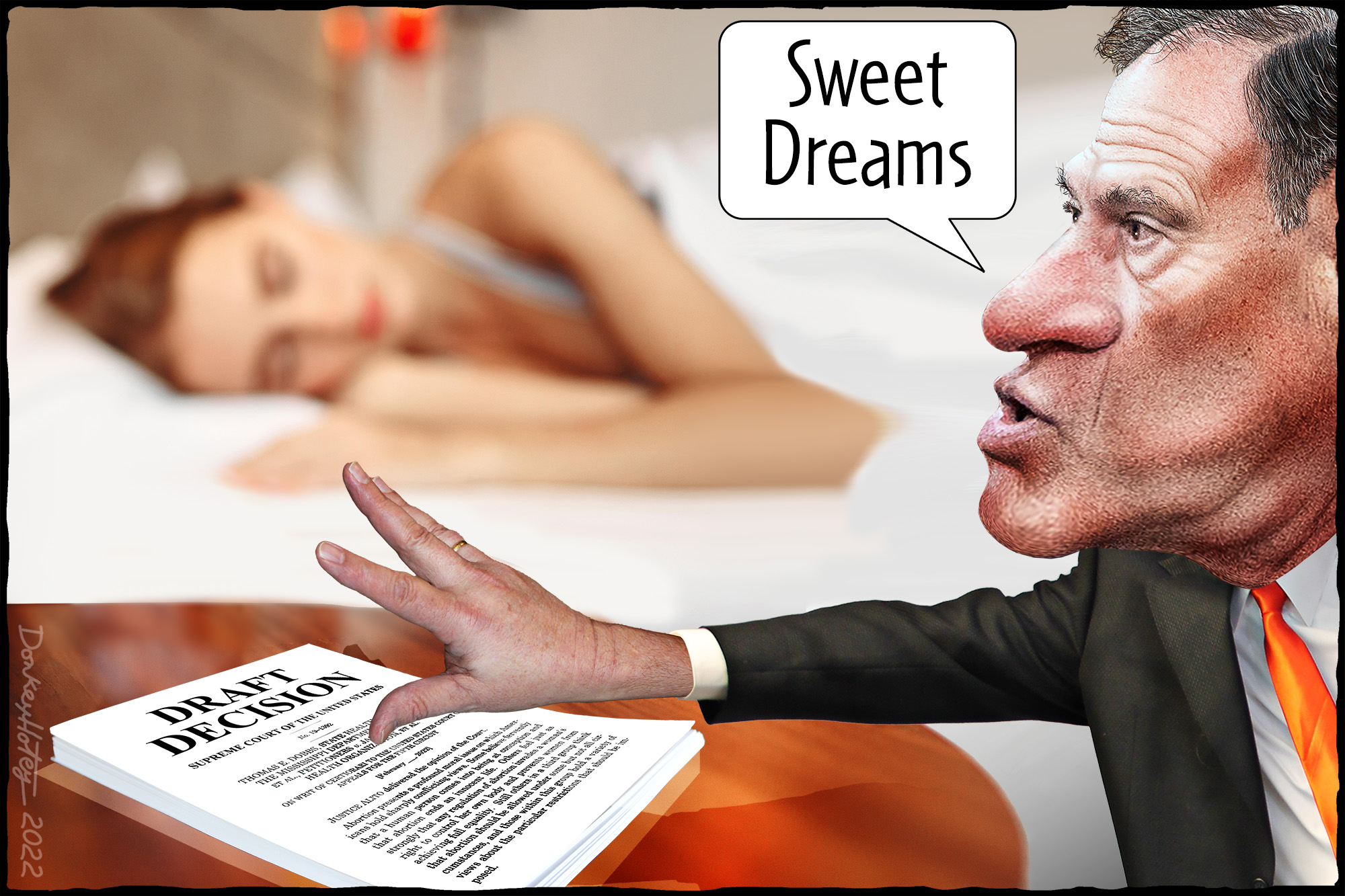 On Abortion, US Gets What It Deserves

If you woke up to the news that a Saudi judge had ruled that any man could punch unaccompanied women in the face, or that the Taliban’s Sharia court had decided that girls were no longer allowed to have appendectomies, would you be surprised? Of course not. Maybe outraged, but certainly not surprised. After all, this is the kind of nonsense that women-hating theocracies do.

Which brings us to the big news of the week: A coalition of five religious fanatics seems poised to deny millions of US women the right to make decisions about their own bodies. By the way, four of the five were appointed by presidents who did not win the popular vote when they took office. Three of the four were then confirmed with the votes of the senators of states who did not represent a majority of Americans. Oh, and the fifth was accused of sexual assault and didn’t think to recuse himself in a case that kinda involved his wife plotting a coup.

And these four men and one woman are now poised to take a right away that has saved thousands of lives (and we’re talking about the lives of actual human beings, not the “life” of a cell cluster) and prevented countless babies from being born into situations that would have all but guaranteed them a lifetime of hardship.

But that’s not even the craziest part of this story. What’s truly mind-boggling is that, even though Republicans have lied, cheated, and stolen for years to get to this point, some people are actually (pretending to be) surprised that this is happening.

That includes some of their own, like GOP Sens. Susan Collins (ME) and Lisa Murkowski (AK) who both support abortion rights. The duo played an important role in confirming justices who were clearly picked to overturn Roe v. Wade, the nearly 50-year-old landmark decision that established a woman’s right to have an abortion. 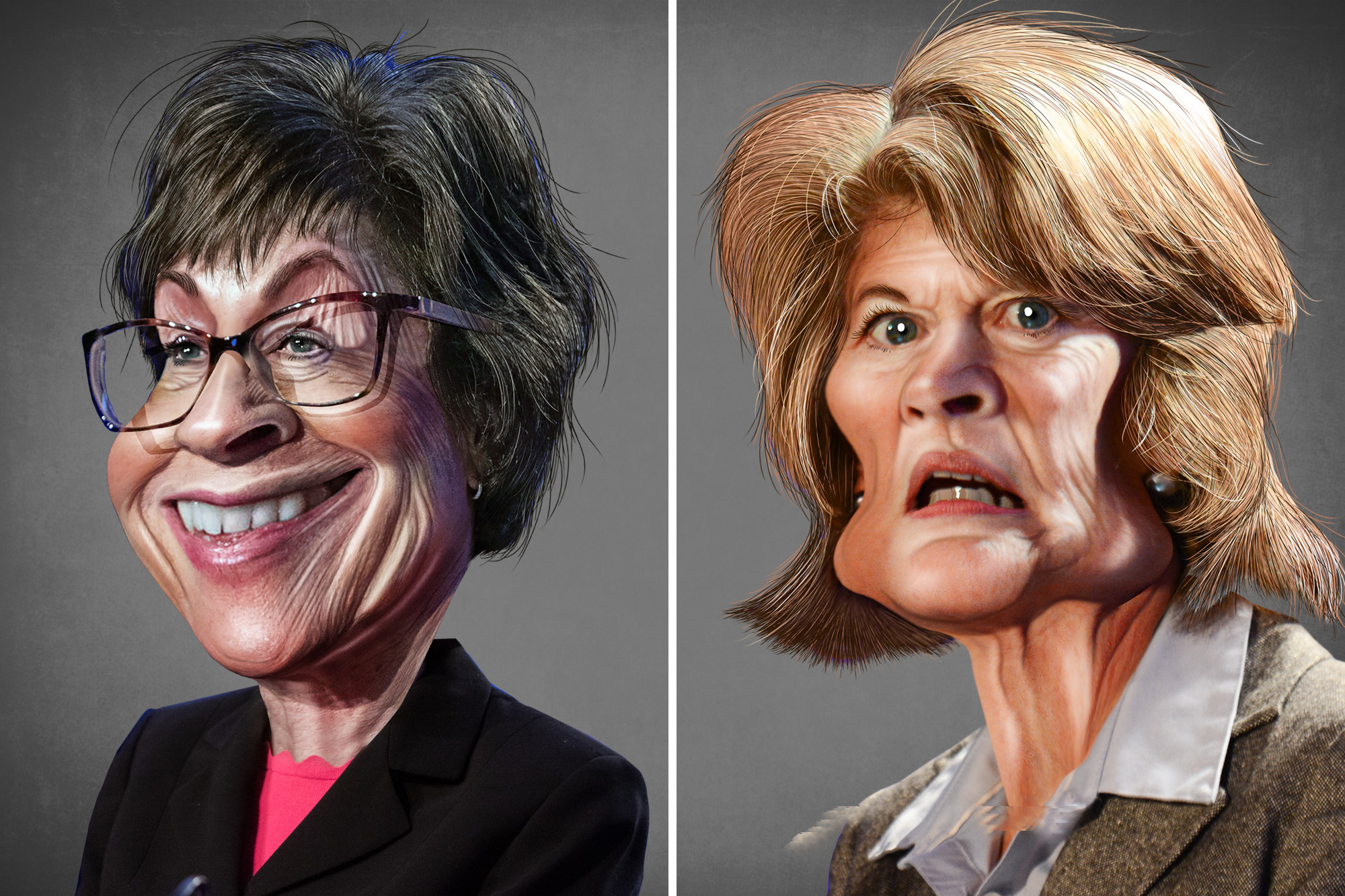 It’s not just them, of course. All of a sudden, Democrats are up in arms and urging voters to give them yet another chance in November to address this.

That’s a big part of the problem, by the way: While the GOP was actively laying the groundwork for a judiciary coup for more than a decade, Democrats primarily used the issue as a way to raise money without ever doing anything to actually protect women.

After all, if they had codified the right to an abortion, how were they going to squeeze more campaign cash out of voters to whom this was important? The fate of the innumerable women who suffered from increasingly strict abortion bans in red states in the meantime always seemed more like an afterthought.

These aren’t just any women, of course. Anti-choice laws disproportionately affect women of color, aka the Democrats’ most loyal voting bloc.

Maybe their strategists thought that, since this topic is also a cash cow for the GOP, and popular opinion favored the Democrats, Republicans wouldn’t really want to overturn Roe v. Wade.

But those things matter no more to the Christian fundamentalists on the Supreme Court than the Taliban could be swayed by arguments that educating girls would benefit Afghanistan’s gross domestic product.

As a result, this moment in time always seemed inevitable to those paying attention. In a battle between malice and indifference, always bet on malice.

And that’s why the GOP is able to ram through even the cruelest of its policies, no matter how much popular opinion is against them. And there is no doubt that they are cruel. Whether it’s punishing women for having sex and daring to want control over their own bodies, gay men for holding hands, the poor-but-not-quite-poor-enough-for-Medicaid for wanting health care, or people of color for voting, the consistent message Republicans are sending is clear: If you are not on board with our white nationalist “Christian” agenda, we will make you suffer.

A whopping 40 percent of eligible voters couldn’t be bothered to show up to vote against Donald Trump in 2016. Sure, some of that can be explained by massive voter-suppression efforts. But we’re talking about nearly 100 million eligible voters who didn’t cast a ballot in an election in which one of two options was a mentally ill white nationalist.

However, there is a second reason why the US increasingly resembles a pseudo-theocracy: the inaction of Democratic lawmakers and the apathy of voters. Just like the Taliban are not a majority in Afghanistan, neither are evangelicals in the United States.

These two groups are more alike than you might think. The Taliban are more open about the society they want to create, but, fundamentally, there is not much of a difference between wanting to stone a 16-year-old for getting an education or incarcerating a 16-year-old raped by her dad for having an abortion.

One major difference is that, theoretically, Americans are in a much better position to do something about it… if only they cared.

Sadly, they do not. A whopping 40 percent of eligible voters couldn’t be bothered to show up to vote against Donald Trump in 2016. Sure, some of that can be explained by massive voter-suppression efforts. But we’re talking about nearly 100 million eligible voters who didn’t cast a ballot in an election in which one of two options was a mentally ill white nationalist.

In other words, Americans made a choice. Unfortunately, that is one option millions of young women will soon no longer have when it comes to their own bodies.

While you’re here enjoying Klaus Marre’s and DonkeyHotey’s latest editorial and cartoon, please take a moment to read these articles on related topics:

The cartoon above was created by DonkeyHotey for WhoWhatWhy from these images: Samuel Alito caricature (DonkeyHotey / Flickr – CC BY 2.0) and sleeper (Katniss12 / Pixabay).