Midwives Deliver More Than Babies With Roe v. Wade on the Line

As the Supreme Court heard arguments in the Dobbs v. Jackson Women’s Health Organization, pro-choice hearts sank. One of the most significant challenges to Roe v. Wade in years, the case centers around a gestational age ban, meaning it would outlaw abortion after 15 weeks. Why 15? It seems to be a random number, independent of fetal viability, which is generally set at 24 weeks. In fact, the suit notes that viability is “arbitrary” and is not part of the argument. Mississippi’s one remaining abortion clinic provides abortions up to 16 weeks.

If the court decides for Dobbs, it could eviscerate Roe and make access to abortion — and to reproductive health care in general — difficult if not impossible in many states. The Supreme Court has still not ruled on the constitutionality of Texas law SB 8, which bans abortions after six weeks and also allows private citizens to act as vigilantes, suing doctors or anyone who helps a person obtain an abortion. Given the conservative supermajority on the court, abortion rights activists are preparing for the worst. Making abortion illegal won’t reduce the numbers of abortions — it will just make them more difficult to access and more dangerous. And if legal abortion becomes a state right, abortion providers in many states will be at risk; at the very least, it puts them on the front line of the fight for reproductive rights.

Midwives, who were the standard of care for women’s reproductive health from the dawn of time to the 1900s and can currently provide both surgical and medication abortions in 13 states (seven more states allow midwives to provide medication abortion only), may find themselves and their profession in danger.

Susanrachel Condon is a midwife practicing in upstate New York; she provides perinatal services for pregnant people as well as primary gynecological care, cancer screening, and contraception. Condon isn’t worried about abortion becoming illegal in New York state. But she has grave concerns about how abortion bans in places like Texas or Mississippi will impact reproductive health care, particularly for BIPOC and poverty-level populations, who historically have had less access even to legal abortions. We spoke with Condon about the dangers both patients and their providers may face if abortion becomes illegal. 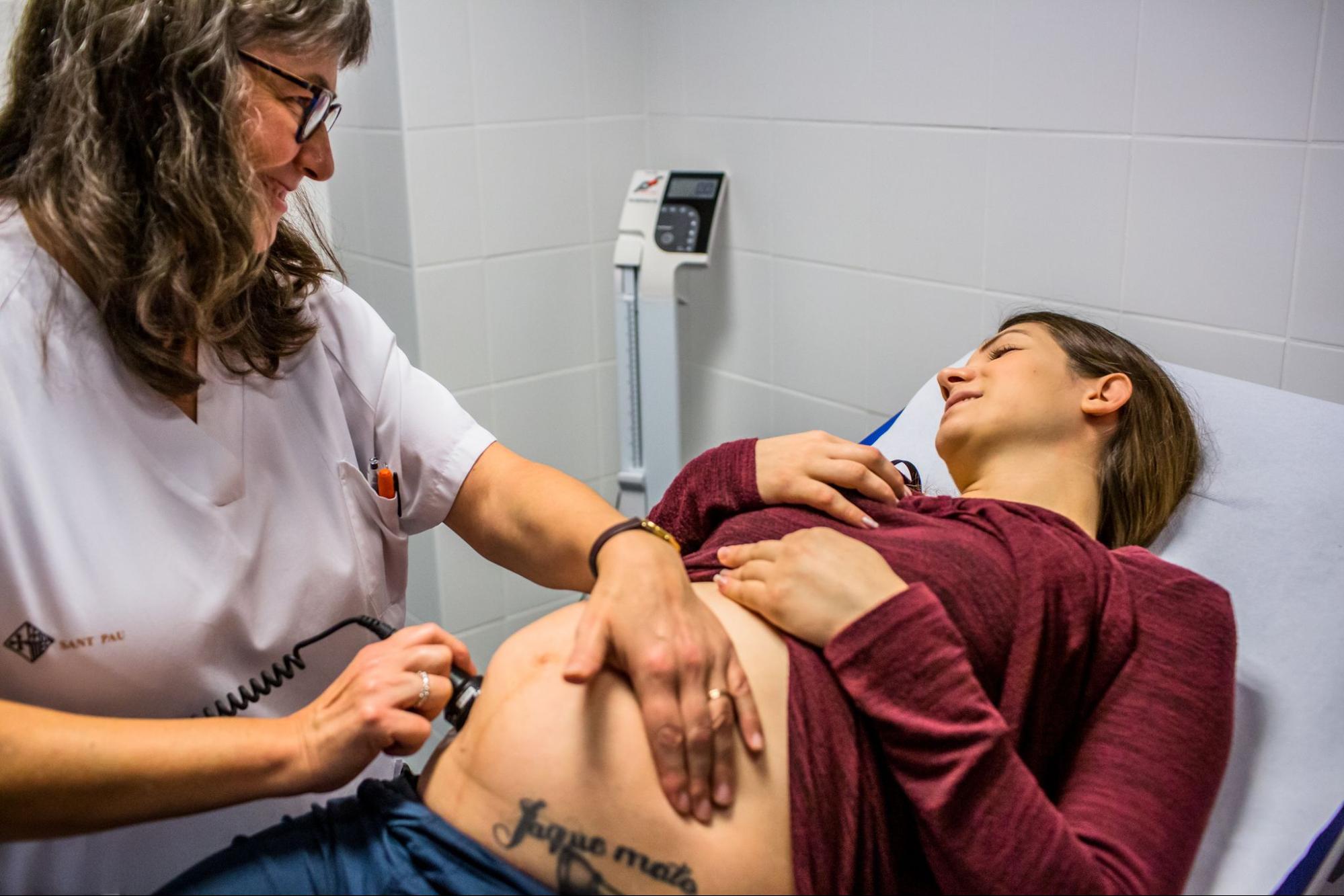 This interview has been edited for length and clarity.

WhoWhatWhy: What are your thoughts around the possible dismantling of Roe v. Wade?

SC: It’s insidious, because it really is bigger than abortion. It’s misogynistic, and it is anti-poor people, and it is racist. If Donald Trump Jr. gets somebody pregnant, that person will always be able to access an abortion. Rich people will always be able to get one. All these restrictions do is hurt people who don’t have transportation or can’t get a day off from work or can’t get child care so they can go have their abortion in another state. It’s oppressing people who are already having a rough go of it. I think the wider view of it is it’s part of a bigger plan to disenfranchise people.

WhoWhatWhy: If the Supreme Court rules in favor of Dobbs, basically eviscerating Roe, and abortion rights return to individual states, what role could or would midwives play? Are there some midwives who are anti-abortion?

SC: I’m a member of a national organization of midwives, and we stay connected through email. A lot of noise in both directions. It’s like the rest of the country — some midwives consider abortion an abomination, and they don’t think that midwives have any business providing abortion services. There are other midwives who support abortion rights but don’t perform them. And then there are the midwives who provide abortion services. So it really runs the gamut. And there are a few organizations of midwives for choice. There definitely are a fair number of religious midwives who abhor abortion, and would not ever want to provide abortion services, and would probably be quite happy if they were not available. But we’re talking about extremes.

Part of me cannot believe this is happening. It’s like the stripping of voting rights. How is what happens in my uterus anybody else’s business? I understand how someone could theoretically think abortion is not a great idea. I totally get that. But my abortion is none of your business. That somebody in rural Ohio thinks that they have the right to determine what happens to my neighbor in New York is insane to me. But that’s where we are.

Ultimately, I do think that there are lots of midwives who want to jump into the fray and provide abortion services. Right after Justice Ruth Bader Ginsburg died, I told my husband that we may have to get a little trailer and drive around and go sit on state borders and provide abortions. And he said, “I guess that means I’m getting a gun.” Suddenly we had this whole very different scenario around something that should be a right.

WhoWhatWhy: Assuming midwives continue to provide abortion services if Roe is struck down, how do you feel about your colleagues being labeled as felons? 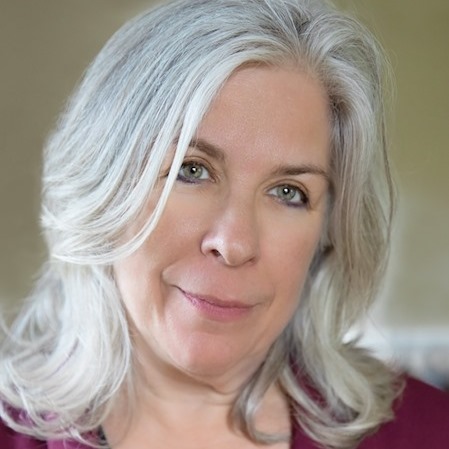 SC: We always say you can make it illegal, make it restricted, but people are going to still do it. There will always be an underground and people like the Jane Collective, who are committed to finding ways for people to access abortion and contraceptive services as safely as possible. And there will always be people who are willing to do that, including me.

WhoWhatWhy: Texas is proposing with SB 4 that it will be a felony to mail, courier, or otherwise provide the abortion drug RU-486 to anyone in the state. What are your thoughts on that?

SC: Most midwives I know who provide abortion services find that a medication abortion is very easy and safe. But a surgical abortion is not part of entry-level training for midwives. You need to get additional training, just as you do for providing circumcisions or colposcopies [a visual examination of the cervix, vagina, and vulva to screen for cervical cancer]. A midwife who chooses to work in a clinic that provides abortion services would then be trained to do surgical abortions.

WhoWhatWhy: Do you have a sense of how the end of Roe will affect pregnant people in different parts of the country?

SC: This is absolutely going to impact low-income people and BIPOC folks who are pregnant; it’s going to perpetuate the poverty cycle. Conservatives can say about impoverished people that they’re irresponsible, they have too many children. Meanwhile, you’re making it impossible for them to manage family planning. That clinic in Mississippi doesn’t just provide abortion services, they also provide contraception and cancer screenings and those kinds of things. And as soon as you start to make it harder to access contraception, it’s a slippery slope.

And people who are not plugged into these sorts of politics may not realize how hard it’s maybe going to be. So that’s always my concern — the people who are most likely to be affected by this in a devastating way, not just an adverse way, are people who may not have access to information, they may not even know this is happening. Their rights are being stripped away. And my rights are being stripped away as a provider if I can’t prescribe medication my patients need and want.

WhoWhatWhy: You mentioned before that your concern is with people who don’t have access to information they need about contraception, pregnancy, abortion, etc. How do you think you can get this information out to the people who may need it the most?

SC: I think many of us are connected with organizations like the Center for Reproductive Rights and Planned Parenthood, working on those kinds of campaigns. I don’t know about individual midwives. My sense now of the profession of midwifery is that it might not be a calling; it’s a good job and I can support my family. But there is a cohort of midwives who are extremely passionate about access to abortion services, and they are not quiet. They are not. And a lot of them are people who live and work in communities of color, or are people of color themselves, and who feel like this is perpetuating poverty and the mythology that you can just pull yourself up by your bootstraps.

WhoWhatWhy: Some of us know of the Jane Collective, which was around before and during the time of Roe v. Wade, an underground group across the country where women taught other women to perform abortions. Do you think this is something that could work again?

SC: If it was early enough [in the pregnancy], maybe I could teach you the procedure. But the problem is you need an ultrasound to date the pregnancy so you don’t put the person you’re taking care of in more danger. And especially if you want to provide RU-486, you need to know the gestation. We have to continue to think of these as medical procedures.

But that doesn’t mean we wouldn’t need other people to help organize the infrastructure around that. Providing travel services to women, help with accommodations, transportation from the clinic, and so on. There’s an organization in Texas, Fund Texas Choice. And if someone in Texas wants to sue the person who drives somebody across state lines, that’s one thing. But if this is a whole network of people, I think it would be much more complicated to figure out who you’re suing.

It’s unfathomable, but this is where we are. And midwives will continue to do our jobs of protecting women’s health every way we can, even if we have to be sneaky about it. Like the midwives in the Torah who didn’t drown the babies like Pharaoh told them, they did what they knew was right.