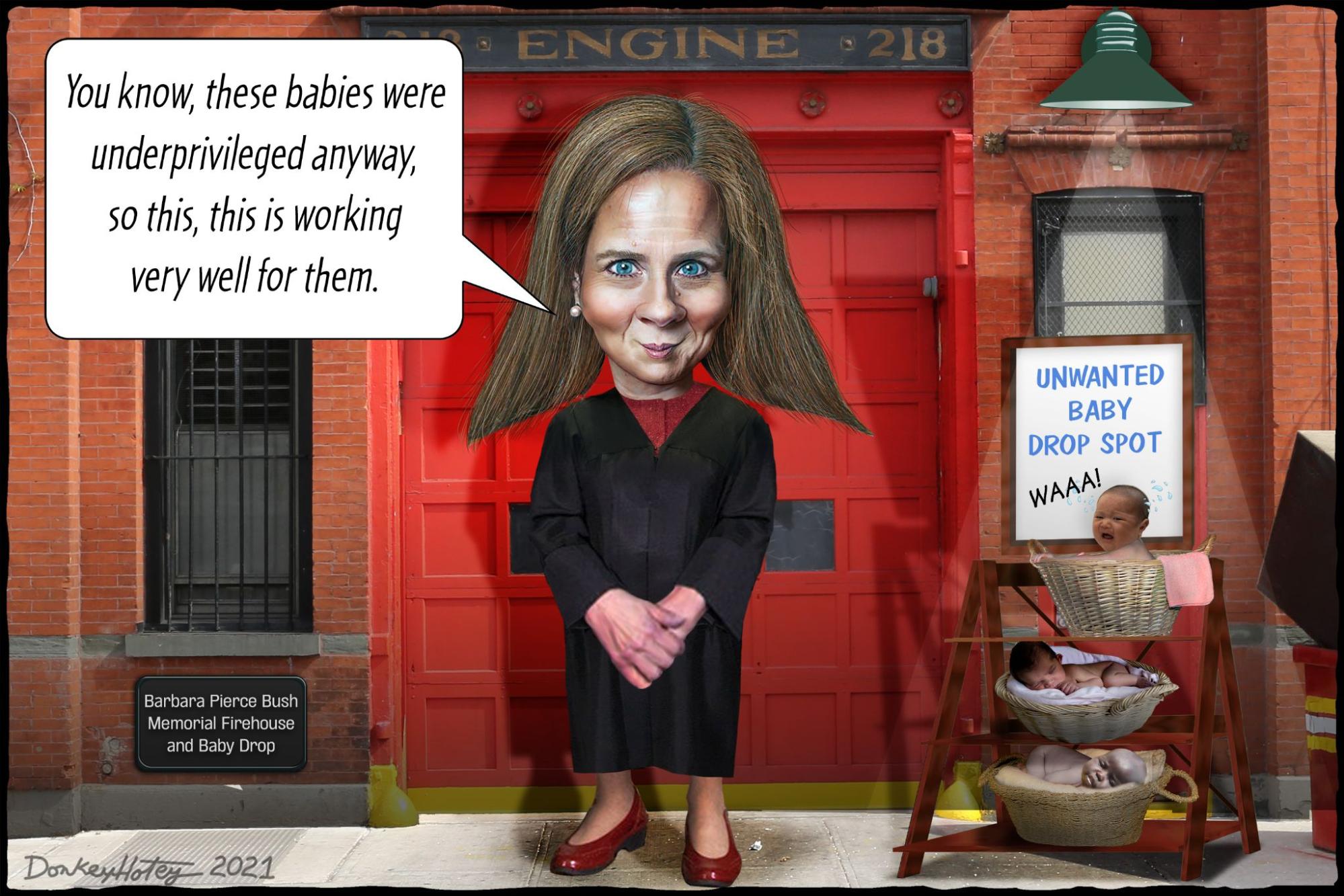 When Reproductive Rights Are Stripped Away, Women Do It for Themselves

It’s easier to get an abortion in Ireland than it is in many states in the US.

Let that sink in. In an overwhelmingly Catholic country, the citizens made their opinion known, and the government legalized abortion in 2018. And yet Texas has installed a vigilante justice system to rat out anyone who helps a woman get an abortion, and the Supreme Court thinks that’s just fine. How did we get to this?

I‘ve marched all my adult life to defend a woman’s right to choose, even though the right to abortion was allegedly guaranteed in Roe v. Wade. Even though I never understood — and still don’t — why any health choice of mine is legislated at all. What other bodily functions or choices are up for discussion? Do we tell men how often they should or should not ejaculate? Last time I checked, that was a necessary ingredient in any pregnancy.

Now, in my fifth (and post-menopausal) decade, I have no need of an abortion. I never did, in fact, having never gotten pregnant either accidentally or on purpose, but I knew that as a middle-class white woman, I could have easily gotten an abortion. So I have no uterus in the game, so to speak.

Except that I do — as a woman, as an aunt, as a friend to young folks, and mostly as a person who believes that each one of us should have autonomy over our bodies. These bodies are not to be negotiated over by a bunch of male legislators in Mississippi or Texas — or, for that matter, by a more partisan, more conservative, more truly “activist” Supreme Court than we have seen in decades.

Of course, Roe was far from perfect. It did not fully eliminate back-alley abortions, and when former Republican Rep. Henry Hyde (IL) introduced a rider in 1976 to ban federal funding of abortion, it further punished low-income women. This meant that low-income women, often women of color, could not afford to get abortions, and were forced to have more children, further perpetuating the cycle of poverty. This will only get worse if Roe is overturned.

But, as Judge Amy Coney Barrett said in the Dobbs v. Jackson Women’s Health Organization hearings, just have the baby and leave it under cover of darkness on the firehouse steps. How romantically Dickensian. Can we assume that she’d have no problem with paying for the medical bills throughout these pregnancies?

In the old days, which may become the new days, before abortion was legal in the US, women risked their livelihoods, their reputations, and their lives to end unwanted pregnancies. The Jane Collective was started in 1969 by Heather Booth in an effort to put the power back into women’s hands, literally, and to teach other women how to perform abortions. The Collective provided 12,000 abortions in its four years, disbanding in 1973 after the passage of Roe.

Today, as we watch abortion rights dwindle, a new kind of Jane Collective is taking shape in the form of the abortion medication RU-486. Despite myths and misinformation, one provider told me that the pill is safe well beyond the FDA-approved 11 weeks, and one abortion provider told me that it’s even being used up to 23 weeks in other countries.

A medication abortion itself is fairly straightforward and is done at home, which many people prefer. The pregnant patient takes a dose of RU-486 (mifepristone), which blocks progesterone, a hormone needed for a pregnancy to continue. Then, up to 48 hours later, the patient takes misoprostol, which causes uterine contractions. Farah Diaz-Tello, a reproductive rights lawyer with If/When/How, notes that misoprostol is not FDA approved for ending pregnancy, but this off-label use is considered routine to complete the abortion. It’s considered an “essential medicine” by the WHO and is recommended for use where RU-486 isn’t easily available.

In fact, Ibis Reproductive Health, a reproductive rights group, notes that misoprostol is available over the counter in many countries and can be used on its own — no access to other pills needed — with an effectiveness rate of 93 to 99 percent. One wonders why that’s not happening in the US.

A small piece of good news landed on my desk as I was writing this: The FDA rescinded a major restriction on access to abortion pills. It will now allow patients to receive RU-486 by mail rather than having to get the pill in person — a boon to those who live in states where there are few or no clinics, or to those who can’t afford to travel long distances. Still, 19 states ban telemedicine visits for medication abortions, so a third of the country remains without access to telemedicine prescriptions for abortion medications.

If anti-abortion activists were concerned with reducing pregnancies, they’d make contraception available on every corner, as it is in Amsterdam. We could buy our birth control pills at the drugstore along with our toothpaste and shampoo.

If anti-abortion activists were concerned with my health, they’d let me terminate a pregnancy in a country where we have the highest maternal mortality rate among developed nations (and that rate is three times higher for women of color). 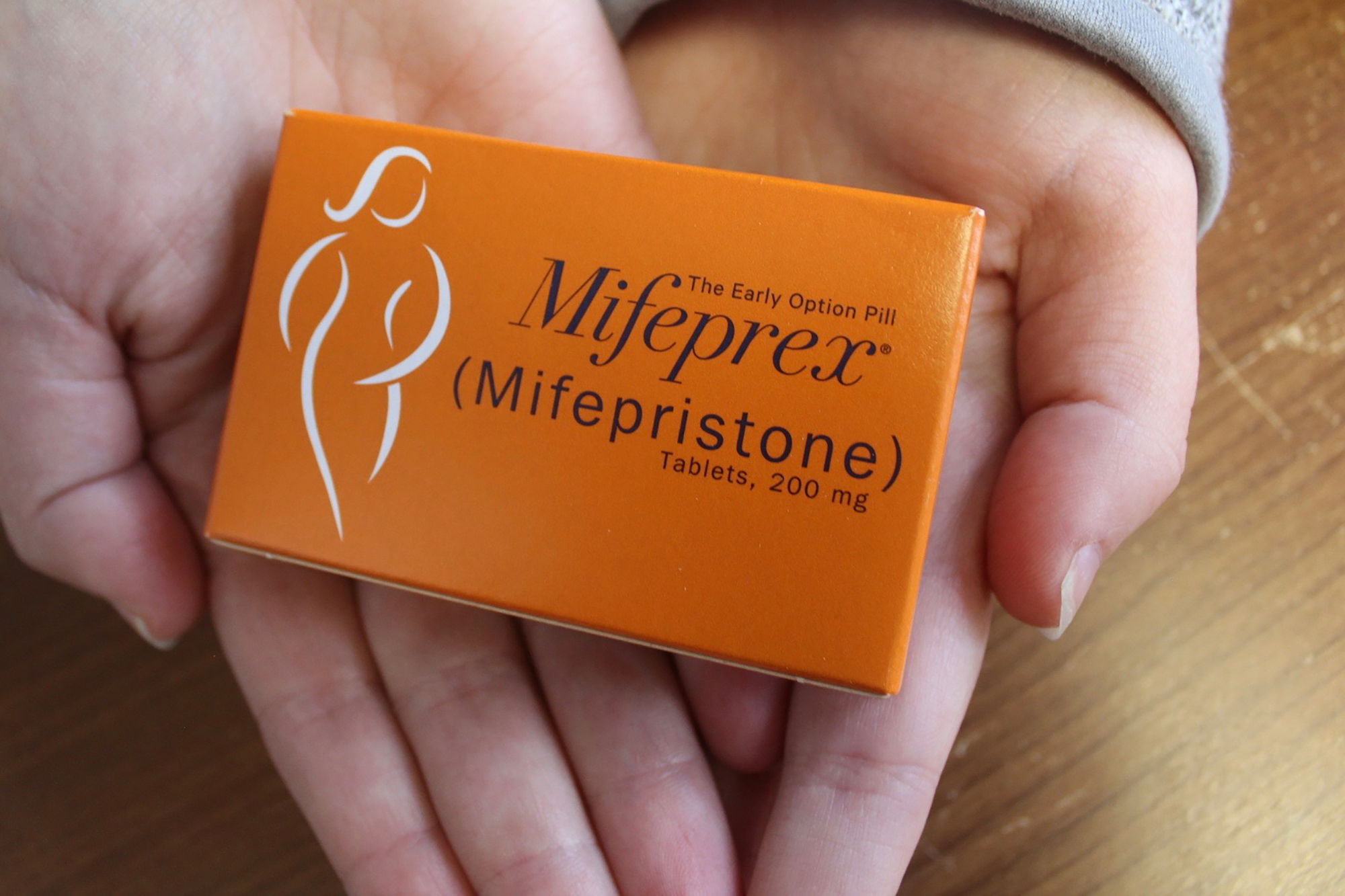 Mifepristone is a progesterone blocker that can end a pregnancy. Photo credit: Robin Marty / Flickr (CC BY 2.0)

If anti-abortion activists were concerned with the sanctity of life, we’d have health care available to all; 5 million elderly people wouldn’t live in poverty, and 13 million kids wouldn’t be food insecure.

But of course, they’re not concerned about any of those things. They’re concerned with controlling women and keeping us in our place.

Look, we can keep our own names when we marry, we can wear pants, we can have our own credit cards, we can file for divorce, we can give ourselves orgasms. We can be vice president. We gals are getting mighty uppity. What’s left to control? Our uteruses!

Nice try, but it ain’t gonna work. We’re also doctors, scientists, and activists, and we can and will control our own bodies, thank you very much. With a worldwide web of pro-choice activists from Guam to South Africa to Texas, people can and will deliver abortion medication anywhere in the world.

I can’t help but think of the Grinch, who tried fruitlessly to stop Christmas. Despite his frantic attempts, he was ultimately thwarted by the Whos, who just kept doing what they’d done for eons. Just as women have done for eons and will continue to do — protect and care for our sisters and maintain every pregnant person’s right to choose what to do with their body.