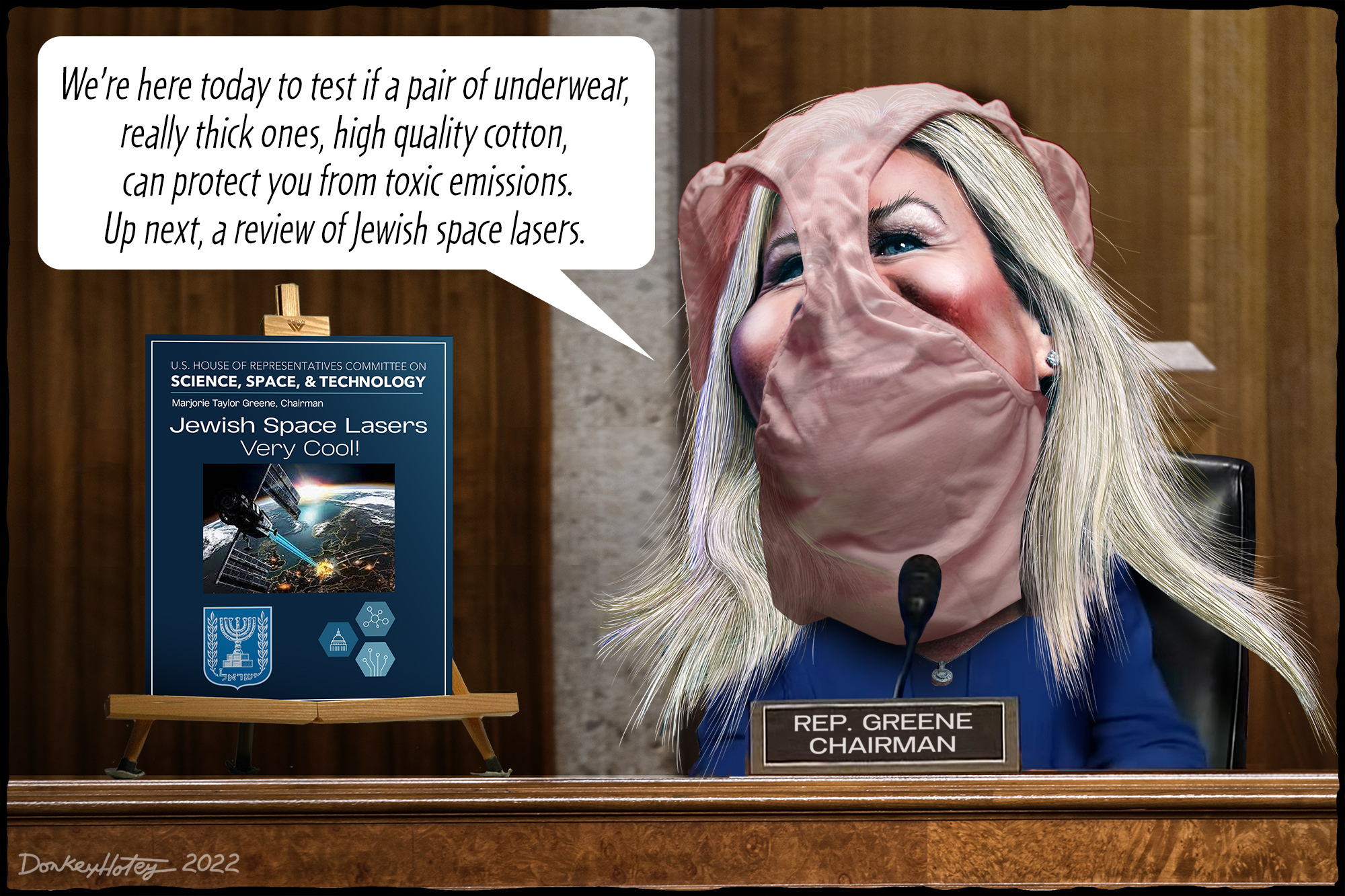 House of Horrors: Get Ready for Two Years of Craziness… and Hunter Biden

Long before the first vote was cast in the midterms, Republicans were already making plans for how they would wield the newfound power that they were convinced a resounding victory would deliver.

One would think that those plans would have to be scaled back a bit after the predicted “red tsunami” in the midterms turned into more of a “red ripple” — especially because the result was widely viewed as a rebuke of the extreme candidates and policies the GOP had championed.

That is not what’s happening.

While Republicans managed to eke out a win in the House, it already appears quite clear that the next couple of years will not be a period in which they will get anything useful done. Forget working on sensible legislation that has any chance of being passed in Congress. Forget compromising with the Biden White House or the Democratic-led Senate.

Instead, we can expect mayhem and dysfunction, including among Republicans themselves. It will be a time during which the massive Performance Artist Caucus will force the GOP leadership to spend its time on virtue-signaling legislation and endless investigations by the committees that Republicans will now chair.

With Congress deadlocked, this is where most of the action is going to happen.

Now, of course there are things that should be probed. There always are in any administration. It just seems very likely that these are not the things that will actually be probed.

In fact, most Americans will probably be mystified (or appalled) by what House Republicans choose to investigate.

It’s tough to blame them. Because to grasp the issues that are important to the GOP and its base, one needs an advanced degree in understanding Fox News and QAnon grievances.

Fortunately, we have intercepted a letter* from wannabe Speaker Kevin McCarthy (R-CA) to House Republicans. It will give our readers an idea of what is about to happen. In an effort to rally support from the right fringe that he needs to become speaker (and it doesn’t look great right now), McCarthy lays out his investigative priorities and desired changes to the existing House committees.

Dear Republicans of All Stripes and Colors (well, obviously mostly white, but you know what I mean),

I know some of you are concerned that, as speaker, I might try to work across the aisle and prioritize legislation that addresses real problems and could actually be signed into law. That is categorically false and a mean-spirited lie.

Instead, I am committed to passing bills that matter to you and our most dedicated voters, as well as some that are important to the rich folks and corporations that fund our campaigns, like banning litter boxes in our schools so that children identifying as furries can’t pee in them and ending Social Security.

But, obviously, our greatest impact in the coming two years will be on the committee level. And it is here that I propose some major changes.

First of all, as you know, our dear, dear colleague Marjorie was stripped of her committee assignments for things she said in the past — things that are now squarely in the mainstream of this caucus.

That is why my first move will be to not only reinstate her but put her on all of the committees.

In addition, I want her to chair the Committee on Science, Space, and Technology. Her groundbreaking work on Jewish Space Lasers and recent scientific insights make her the obvious choice.

As is our prerogative, I also propose eliminating some committees while renaming others to reflect our priorities. Below, you will find some of my suggestions:

Committee on Education and Labor: Since we are not interested in either, this committee will be eliminated.

Foreign Affairs Committee: We will add a Subcommittee on Russian and Saudi Arabian Empowerment.

We will also add a few new committees:

Committee on Stamping Out Anti-Fascism in All of Its Forms

Committee on Investigating Whatever Was on Fox News Last Night

Committee on Her Emails

And here are my proposals for what the various committees should investigate:

Committee on Energy and Commerce: The benefits of the free market, investigations of companies no longer advertising on Twitter, and Apple kicking Twitter off the app store.

Committee on Ways and Means: The Biden administration’s attempts to weaponize the IRS and an investigation of Hunter Biden’s taxes.

Committee on Oversight and Reform: Literally anything involving Hunter Biden.

You may be detecting a theme here. If you have any other ideas for investigations of Hunter Biden, please get in touch with me. Clearly, the American people have given us a mandate to take him down.

*Usually, it would be apparent that this is satire. However, with the current state of the GOP, it is sometimes difficult to distinguish between reality and surreality. It should also be noted that nothing in this piece is meant to indicate any kind of support for Hunter Biden. As our editorials of the past have shown, we believe he is a grifter and a screw-up. But he is a grifter and a screw-up who is a private citizen and has never held any kind of government position. Making him a centerpiece of congressional oversight is ridiculous.