More than 96 million ballots have already been cast in this election, nearly eclipsing the turnout in 2016, according to the U.S. Elections Project.

Several states introduced new ways for voters to cast a ballot. Major sports arenas have been transformed into election supercenters, and election officials introduced curbside voting for voters to return their absentee ballots without having to leave their cars.

But as the number of voting options have grown, so has misinformation and concerns that many votes will go uncounted. President Donald Trump has been claiming since May, without evidence, that mail-in voting “will lead to massive fraud and abuse.” Trump has also sown chaos in Michigan by falsely claiming that absentee ballots were automatically being sent to voters when it was actually applications for ballots that were sent.

Election officials have been working around the clock to ensure that all properly cast ballots are accepted and voters receive accurate information. This election will undoubtedly be one for the history books — and one that will certainly not be decided as soon as the polls close.

More than 300 election-related lawsuits have been filed this year, fueling doubts about the integrity of the 2020 election in several key swing states. Legal experts have raised concerns that many of the lawsuits, even if they appear to be victories for voting-rights groups, could do more harm than good.

The Trump campaign and Republican-backed groups have been filing lawsuits, usually without success, in an effort to stop absentee ballots received after November 3 from being counted. Republicans would clearly prefer to have a winner declared as soon as the polls close. Lawsuits have also challenged the use of curbside and drive-through voting. In Texas, a Republican megadonor and GOP state lawmakers filed a lawsuit to disqualify ballots collected curbside.

In the swing states of North Carolina, Pennsylvania, and Wisconsin, the Supreme Court handed down seemingly contradicting rulings regarding whether or not states can extend the deadline for receiving and counting ballots. The Trump campaign is expected to fight against counting absentee ballots if the results of in-person voting put Trump in the lead. 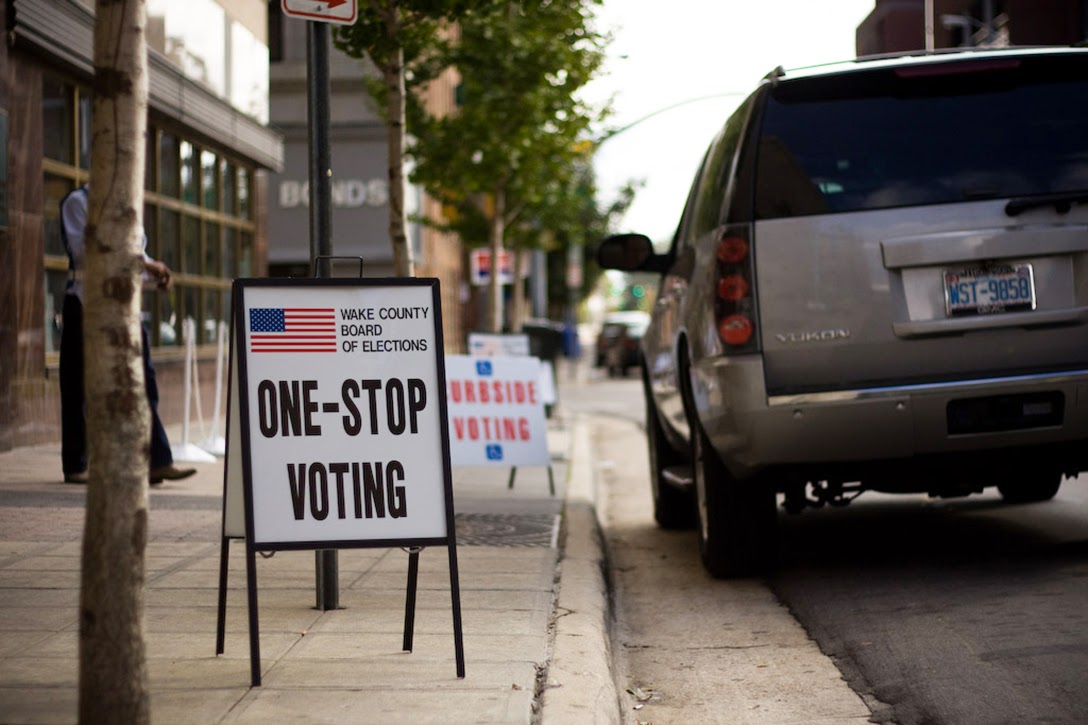 Indeed, the legal battle over mail-in voting has created confusion for many first-time absentee voters. In Virginia, election officials had to notify voters who are still requesting absentee ballots that the deadline has passed.

Another issue created by the rise in mail-in voting is the frequency at which absentee ballots are flagged for possible rejection. Absentee ballot rejections are common during an average election, but the record use of mail ballots this year could produce an even greater number of rejections.

Voters of color and young voters are more likely to have their absentee ballots discarded for two reasons: either because ballots were not received in time to be counted or because there was an issue with the voter’s signature on their ballot. According to an analysis by University of Florida political science professor Daniel Smith, Florida election officials have set aside ballots from voters of color nearly twice as often as those of white voters, and those from young voters at the rate of nearly four times that of elderly voters.

Mail delivery has been slowed since the pandemic struck the United States, causing panic among voters who requested absentee ballots. Such concerns were exacerbated by allegations that Postmaster General Louis DeJoy was sabotaging the Postal Service in an attempt to delay mail delivery and limit access to absentee voting. Even before DeJoy’s intervention, the US Postal Service has been strapped for cash, and service has suffered as a result.

In Georgia, a state experiencing serious concerns with respect to election integrity, voters in several counties reported that faulty election equipment led to long lines at polling stations. A federal judge acknowledged that the state’s voting system had serious flaws, but declined to require the use of hand-marked paper ballots because it was too close to the election to change the system.

Tensions are high and candidates are preparing for the likelihood that a winner may not be announced immediately after the polls close. The latest early voting data suggests that GOP voters are more likely to vote in person Tuesday and results may appear to skew in favor of Republican candidates before all of the absentee ballots are counted.

Election officials in most states have warned that processing ballots could take several weeks to complete, and social media platforms have established policies to prevent the spread of misinformation or premature declarations of victory — but not all candidates are on board.

“We fully anticipate that Democrats will be in court arguing to extend deadlines for accepting and counting votes mailed and received well past deadlines enacted by individual state laws,” Justin Clark, Trump 2020 deputy campaign manager, said in a statement.

Trump is reportedly expected to declare victory if he is ahead Tuesday night, telling reporters Sunday that “[as] soon as that election’s over, we’re going in with our lawyers.”