Since narrowly losing the 2018 Georgia gubernatorial race in an election marred by voter suppression, Democrat Stacey Abrams has been traveling the country to advocate for expanded voting rights. Abrams, a Wisconsin native, could not believe how Wisconsin conducted its primary election.

“On April 7, I watched in horror as the cautionary tale of their election took place,” Abrams told the House Judiciary Subcommittee on the Constitution, Civil Rights, and Civil Liberties in a ‘virtual’ hearing on Wednesday. “None of us should forget the images of voters shivering in long lines and crowded into the vastly reduced number of in-person polling locations.”

According to state health officials, more than 70 cases of the coronavirus have been tied to in-person voting in Wisconsin. To prevent a further spread of the virus during the November election, voting-rights groups like the Abrams-led Fair Fight Action advocate universal and unrestricted access to absentee voting, noting that there is no evidence to support claims of widespread voter fraud.

In fact, a number of studies indicate that no party benefits more than any other party from voting by mail. Oregon, a pioneer in voting reforms, has held all-mail elections since 2000. So few instances of voter fraud have been proved that a voter is more likely to be struck by lightning than to engage in fraud.

“Our elections should not be partisan,” Abrams continued. “The selections we make will be cast along party lines, but the process of determining our leadership should not be.”

Despite growing interest in expanding access to mail-in voting, critics say that relying on the US Postal Service to transport millions of ballots puts the 2020 election at risk. J. Christian Adams, president and general counsel for the self-described election integrity group Public Interest Legal Foundation, argued during the hearing that a vote-by-mail system “is the most vulnerable form of voting.” 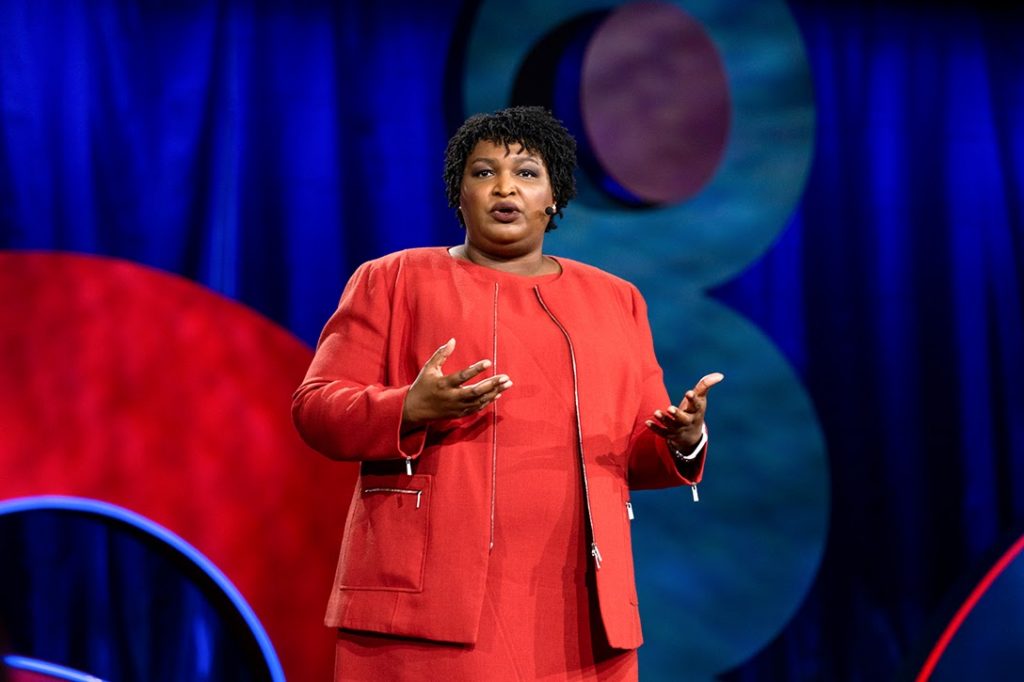 Adams cited Washington, DC, where he said that hundreds of voters claimed that they never received an absentee ballot and had to decide whether to vote in person or sit out the primary election on Tuesday. Adams claimed that the US Department of Justice was “besieged” by complaints about ballots never arriving.

“We do not have the administrative infrastructure to ensure a clean, automatic election [by mail],” Adams said.

Myrna Pérez, director of the voting rights and election program at New York University’s Brennan Center for Justice, pushed back, arguing that the “single most important thing” that Congress can do is to increase election funding so that state and local election officials can make necessary changes.

“Despite some incendiary and untrue rhetoric, vote-by-mail is a necessary, secure, and sensible option — especially now, for the November elections,” Pérez said.

The HEROES Act, recently passed by the House, for example, would provide $3.6 billion in election assistance. But funding aside, Pérez said, attention should also be paid to expanding opportunities for voter registration. The coronavirus has closed many government agencies that handle registration. Voting-rights groups are unable to hold in-person voter registration drives, and some jurisdictions lack the infrastructure to offer online voter registration.

“The smooth administration of the November election will depend in large part on the levels of support that elected officials, like yourselves, are providing to election officials and voters during this crisis,” Pérez told the committee.

Until recently, voters in most states had to request a mail-in ballot and provide a reason for the request, such as an illness that made it impossible to get to a polling place. President Donald Trump inaccurately condemned officials in Michigan for mailing absentee ballots to all registered voters.

What Michigan Secretary of State Jocelyn Benson actually mailed were applications for absentee ballots — an action Trump also lambasted in a corrected tweet. Benson defended her decision during the House hearing, noting that voters overwhelmingly passed a 2018 ballot measure to amend the state Constitution and allow no-excuse absentee voting.

“In my view, this is not really a partisan issue and certainly should not be one,” Benson said, adding that there has been “a lot of misinformation about what happens when you get an application and why this is so different from getting a ballot.”

The self-described election integrity group Judicial Watch also spoke at the hearing. The group’s president, Tom Fitton, claimed that “the real threat to the integrity of our elections” is mailing every registered voter an absentee ballot.

“In the end, this pandemic has blown up our economy, it’s suppressed our liberties, let’s not let it blow up our elections,” Fitton said, adding that pursuing a nationwide vote-by-mail system is “a solution in search of a problem.”

Rep. Jamie Raskin (D-MD) pushed back on that claim, arguing that the 2020 election has already been upended by the COVID-19 crisis.

“Come on, get real,” Raskin said. “To have Mr. Fitton come out here and say that concerns about COVID-19 are overblown is just extraordinary and baffling to me.”

Many voting-rights groups have acknowledged that changing the landscape of election administration this year is no easy feat. But it is not impossible, nor is it a partisan concept, argued Dale Ho, director of the American Civil Liberties Union’s voting rights project.

The Republican National Committee, for example, sent a mailer to Pennsylvania voters encouraging them to request an absentee ballot because “voting by mail is an easy and secure way to cast your ballot.”

Civil rights groups have labeled the latest attempts to curb access to absentee voting as “virus voter suppression.” Barbara Arnwine, president of the Transformational Justice Coalition, argued that, in Texas, millions of voters are still confused about whether they can cite fear of COVID-19 as a justification for requesting an absentee ballot.

Many voting-rights advocates have also raised concerns about allies of the president seeking to undermine public trust in the 2020 election. Attorney General Bill Barr told the New York Times this week that “in terms of foreign influence, there are a number of foreign countries that could easily make counterfeit ballots, put names on them, send them in.” Barr offered no evidence to indicate that there have been any signs of that happening, and he didn’t say which countries he thought might engage in that kind of behavior.

The ACLU’s Dale Ho underscored the hypocrisy in Barr denouncing vote-by-mail when it is Donald Trump’s preferred method of voting. “It is the height of bad faith,” Ho said, ”that a president who himself votes by mail, and the attorney general would … seek to undermine the American public’s confidence in no-excuse absentee voting.”