Back in a January 2017 article, we asked: “Did the Feds Indict the Wife of Orlando Shooter for Sins of Her Husband?” It turns out the answer to that question is: probably. It’s either that or the FBI is trying to silence her.

Either way, the case against Noor Salman, wife of Pulse nightclub shooter, Omar Mateen, is falling apart due to prosecutorial misconduct.

In the early morning hours of June 12, 2016, Mateen killed 49 people and wounded 58, at Orlando’s Pulse nightclub in one of the worst mass shooting incidents in the nation’s history. Mateen was ultimately shot and killed by police.

Salman, Mateen’s wife and the mother of his young child, was indicted by prosecutors on charges of “aiding and abetting” an act of terrorism as well as “obstruction of justice” for supposedly lying to investigators.

Mateen, a Muslim, made a series of contradictory statements in support of Sunni ISIS and Shia Hezbollah to 911 operators the night of the shooting: hence the terrorism charges.

Misled for Months by Prosecutors

An exchange last week between the sitting judge in the case and an FBI special agent is illustrative. As reported by the Intercept, “the judge, in angry tones, made clear that he believed he had been misled for months by prosecutors about a key part of the government’s evidence.”

At issue is the reliability of the evidence the prosecution (and the FBI) used to make its case: that Salman was willingly aiding and abetting her husband’s violent plans to shoot up the Orlando nightclub.

Furthermore, and perhaps most troubling, it also became known in court filings that Omar Mateen’s father was a longtime FBI informant — a highly relevant fact that was not disclosed to the defense team until recently, according to the Washington Post.

To make matters worse, Mateen’s father, Seddique Mateen, was himself the recent target of an FBI investigation related to terrorism — leading to questions about why prosecutors threw the book at Salman while hiding these facts about the elder Mateen.

Salman’s attorneys wrote in court documents that, had they been aware of Seddique Mateen’s relationship to the Bureau, they would have investigated whether Omar had conspired with his father in the attacks rather than with his wife Noor.

Salman faces life in prison if convicted of all charges.

We Have Ways to Make You Talk

According to prosecutors, Salman confessed to the crimes with which she is charged.

However, it was only after a 17-hour interrogation by FBI agents, where Salman signed the notes that were compiled by one of the interviewing agents — a signing statement that ultimately became the official account of what Salman said. This signed statement was characterized by agents as a sort of “confession” of her duplicity. 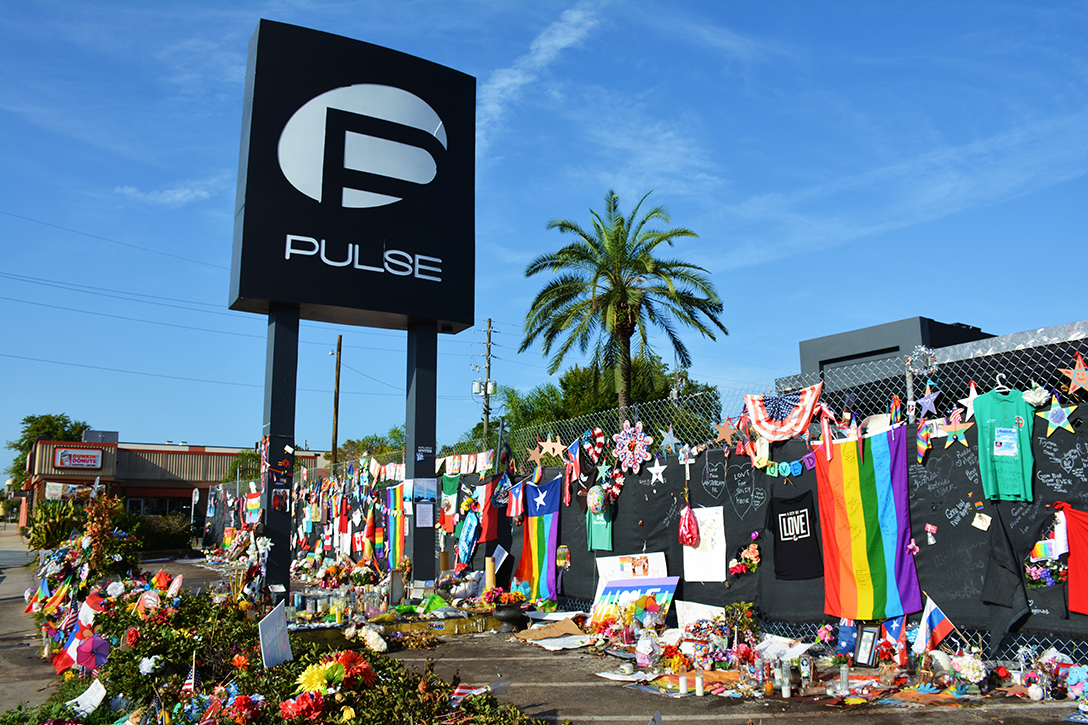 Among other things, Salman allegedly told agents that she accompanied Mateen on a trip to Orlando where, according to the agents’ characterization of her statements, Mateen and Salman “cased” multiple locations — one of which was the Pulse nightclub.

As WhoWhatWhy has previously reported, the FBI almost never electronically records interviews. Instead, one agent does the questioning while another takes notes — the results of which are later typed up into what the Bureau calls a Form 302 that becomes the official account of what was said.

Interviewees, who subsequently challenge the FBI’s characterization of what is written in those notes, open themselves up to charges of lying to federal agents. As a matter of fact, however, 302s are so notoriously unreliable that one federal judge refused to be interviewed by agents unless he was allowed to review, then make corrections to the 302 form.

And, as the judge in the case against Salman learned while questioning the special agent involved, FBI agents determined “within days” that Salman’s testimony in the signed statements was false.

Using geolocation data from cell phone records, the Bureau learned many months before Salman was even arrested, that Salman couldn’t possibly have “cased” the Pulse nightclub with her husband on the date indicated in the signed statements. In fact, the record scrutinized by agents indicated that Salman was never anywhere near Pulse.

A crucial part of the government’s case could not possibly have been true — and the Bureau knew it from the start. Further, that false evidence was used to characterize Salman as dangerous, thereby justifying the denial of bail, according to The Intercept — despite the fact that she had spent the seven months prior to the indictment completely free to go wherever she wanted.

And We Have Ways to Shut You Up

Notably, as we pointed out back in 2017, the indictment against Salman came shortly after she broke her silence in an interview with the New York Times. Salman, who had undergone years of physical and emotional abuse at the hands of the younger Mateen, came across as a rather sympathetic character in the Times article. She also plainly admitted that she indeed saw signs of her husband’s “radicalization,” but that the FBI had already cleared him. The Times said:

Agents had investigated Mr. Mateen in 2013 after he told work colleagues he was a member of Hezbollah, had family ties to Al Qaeda and wanted to die as a martyr. Ten months later, the FBI closed the case. That same year, the agency questioned him again in connection with another terrorism investigation. So when Mr. Mateen told his wife to mind her own business about the [Jihad] videos, she did.

In other words, Mateen’s behavior didn’t raise alarm bells with Salman because the Bureau had investigated him for months and subsequently cleared him.

As we’ve documented time and time again, there is a growing list of individuals that the Bureau interacts with who subsequently commit acts of mass violence — the big one being the FBI’s handling of Boston Marathon bombing mastermind, Tamerlan Tsarnaev. The FBI admitted to having investigated Tsarnaev for six months after receiving a warning in 2011 from the Russian government about him. The FBI claims to have found “no nexus” between Tsarnaev and any terrorist group. Pointing to a lack of finding of any direct connection between Tsarnaev and overseas terrorist groups seems like a strange exonerating standard — particularly with all the talk about “lone wolves” by the FBI.

In Mateen’s case, a senior FBI official told the LA Times that the FBI “went right up to the edge of what we could do legally.”

It seems fair to ask whether the Bureau’s heavy-handed investigatory tactics might be pushing some of these vulnerable individuals over the edge.

In the case of Salman, why would the FBI risk the potential PR disaster of bringing a specious prosecution against a woman, who was almost certainly victimized by the same monster who actually committed the atrocity in the first place?

Is the FBI pursuing a travesty of justice in the name of … justice? Or is it just trying to silence an inconvenient witness?