Two months before Esteban Santiago opened fire with a semi-automatic pistol at Fort Lauderdale’s airport Friday, killing five and injuring six, he underwent an “assessment” by the Federal Bureau of Investigation (FBI).

This procedure, which can involve intrusive investigations and interrogation, ended with the Bureau finding that Santiago had committed no crimes and had no ties to terrorism.

A growing number of these incidents exhibit the same disturbing feature: the FBI and/or other federal agencies had prior knowledge of the perpetrators. And there’s another common thread: the FBI’s ex post facto explanations of those interactions do not make a lot of sense. What is never raised is the possibility that the government’s actions are actually pushing already unstable people over the edge.

The phenomenon has become so common that even mainstream outlets like Fox News have taken to calling people like Santiago “Known Wolves.” However, the problem is usually framed as one of law-enforcement agencies “hamstrung” by “politically correct” culture and outdated “civil liberties” limits placed upon investigators. Issues of who should and who should not be given access to guns inevitably tops the discussion.

Despite all the focus on “known wolves” like Santiago, one line of questioning is seldom pursued: What exactly took place during their interactions with government investigators, and how likely is it that these government actions made violence more probable in the future? 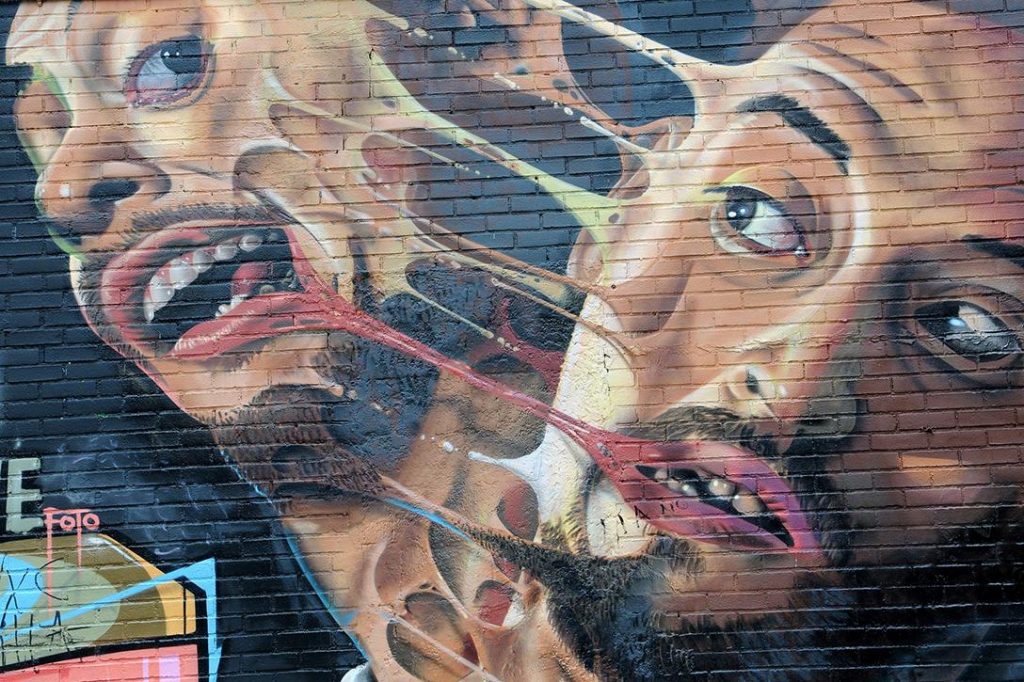 Soon after the shooting, the FBI told reporters that two months earlier Santiago had walked into the Anchorage FBI office and made “disturbing” remarks about hearing voices, and being forced to watch ISIS videos. He seemed “agitated and incoherent,” while maintaining “that his mind was being controlled by a US intelligence agency.” They confiscated his gun, which was registered to him.

The FBI, after deciding he had broken no laws and had no terrorist ties, turned him over to the local police who had him hospitalized briefly.

Anchorage police Chief Chris Tolley said “Santiago was having terroristic thoughts and believe he was being influenced by ISIS.”  Nevertheless, after undergoing some sort of psychiatric evaluation, he “was not adjudicated mentally ill” — and they returned to him his 9mm Walther.

Federal law-enforcement sources told NBC News that they believe it was the same gun he allegedly used in the airport shootings.

After the FBI’s “assessment” was complete, Santiago flew from Anchorage last week, ultimately ending his trip at the Fort Lauderdale, Florida, airport.

While the very mention of “mind control” being conducted by a “US intelligence agency” conjures images of wild-eyed paranoia, and is thus discounted out of hand, there is in fact a long and sordid history of efforts by national security agencies to manipulate individuals for various reasons. “Psychological manipulation” may be a more apt term.

Indeed, there appears to be a pattern emerging: more and more disturbed individuals who commit mass atrocities had many prior interactions with national security agents.

Ted Kaczynski, infamously known as the “UnaBomber,” was the victim of a CIA-funded MK-ULTRA psychological experiment when he was an undergraduate at Harvard University. Part of the experiment involved abusive and humiliating interrogations. Understandably, many familiar with the case have wondered whether this abuse led him to later commit acts of anonymous terror.

Similarly, is it possible that Santiago’s interactions with the FBI or some other federal agency pushed him to the tipping point?

The record shows that various federal agencies have taken investigative interest in Santiago over the last few years. He was investigated by “Homeland Security Investigations” for child pornography in either 2011 or 2012, law-enforcement sources told a local CBS affiliate in Miami. Three weapons and a computer were seized, but there was not enough evidence to prosecute.

A “US military official” also told NBC Nightly News that Santiago, a veteran who served during the war in Iraq,was “being tracked” by Army Criminal Investigation Command because of “psychological issues.”

The FBI, for its part, claims to have conducted an “assessment” of him after its interaction with Santiago in Anchorage in November.

We don’t know — and likely never will know — what those investigations looked like. The agencies involved almost never divulge “sources and methods.” We do know that as a result of his interaction with the FBI, Santiago was sent to an as yet unnamed mental health facility where he underwent some kind of “psychological treatment.” Since he was an Army veteran, it’s likely the Veterans Administration was involved.

An assessment, usually cited by the FBI as the “least intrusive” level of investigation done by the Bureau, can nonetheless be very intrusive. According to an ACLU fact sheet, FBI assessments can include:

• recruiting and tasking informants to gather information about you.

• using FBI agents to surreptitiously gather information from you or your friends and neighbors without revealing their true identity or true purpose for asking questions.

• having FBI agents follow you day and night for as long as they want.

The FBI can also conduct an assessment on an individual just to see if he or she would make a good informant — regardless of whether that person is suspected of a crime.

Could these government intrusions push an already unstable person further into paranoia or delusion? Conscientious investigators would surely take care not to “set off” paranoid individuals who have been targeted for investigation. But it is not hard to imagine careless or unscrupulous investigators pushing too hard — particularly if the investigation involved anything touching on “national security.” 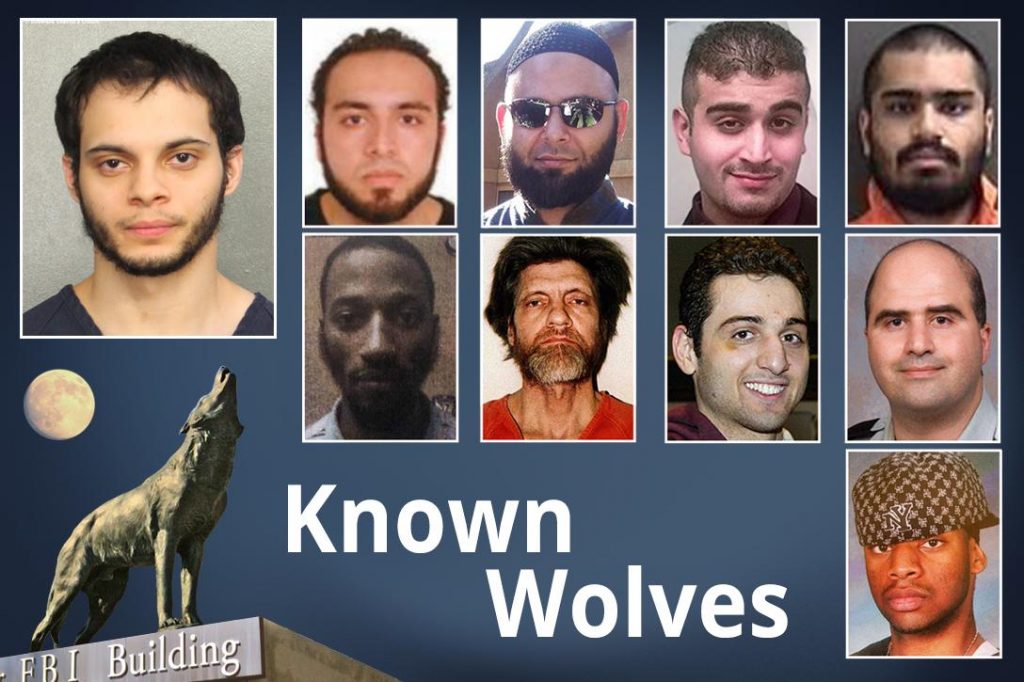 It’s worth noting that the FBI had also conducted an assessment of Tamerlan Tsarnaev, the “mastermind” behind the Boston Marathon bombing who died in a gunfight with police.

Attorneys for his younger brother, Dzhokhar, who was convicted and sentenced to death in 2015, wrote in court documents that Tamerlan Tsarnaev’s interactions with the Bureau “were among the precipitating events for Tamerlan’s actions during the week of April 15, 2013.” Family members and “other sources” told Dzhokhar’s defense team that the FBI tried to pressure Tamerlan into becoming an informant.

Dzhokhar’s lawyers suggested that Tamerlan Tsarnaev’s interactions with the Bureau could have “increased his paranoia and distrust.”

We also know that an undercover FBI agent goaded Elton Simpson to “tear up Texas” shortly before he and his roommate, Nadir Soofi, shot up a “Draw Mohammed” contest in Garland, Texas, on May 3, 2015. Hours before the event, the FBI sent a bulletin to local police warning that Simpson was “interested in the event.”

Even more troubling, there was an undercover FBI agent at the event communicating about security measures with a third individual, whom agents knew had been in contact with one of the shooters.

All this information was only made public because some of the agent’s text messages were quoted in court documents.

Arun Kundnani, lecturer on terrorism studies at New York University, told The Intercept about the incident:

“The FBI uses informants and undercover agents to pressure suspected ISIS sympathizers into committing acts of violence, so that they can then be prosecuted. The Garland shooter case is the most striking illustration yet of the dangers of this approach. Essentially, it suggests the government may be manufacturing the very threat it is supposed to be countering.”

The list goes on: Omar Mateen, the Pulse nightclub shooter; Ahmad Khan Rahimi, the NY/NJ bomber; Usaama Rahim, shot dead after he went after police with a knife in Boston; Army Maj. Nidal Hasan, the Fort Hood shooter; and Wasil Farooqui, who attacked two random people with a knife in Virginia  — all had interactions with the Bureau before seemingly going berserk.

“The FBI failed there… The federal government already knew about [Santiago’s claim that the CIA was making him watch ISIS videos] for months, they had been evaluating him for a while, but they didn’t do anything,” the accused shooter’s brother Bryan Santiago told the Associated Press.

In what has become almost a boilerplate description of these assessments, the FBI told reporters that the FBI investigated Santiago, conducted “interagency checks” and did “database reviews.”

“During our initial investigation we found no ties to terrorism,” Special Agent Marlin Ritzman told reporters. “He broke no laws when he came into our [Anchorage] office making disjointed comments about mind control.”

Note the specific reference to terrorism in the FBI statement. The implication is that Santiago could not have been investigated further because no direct link to terrorism was found. But he told them he had been watching ISIS videos, so there was a link.

In fact, the FBI routinely goes after people for similar activity. Since 9/11 the Bureau has been repeatedly accused of creating elaborate, time-consuming stings to entrap individuals who, the agency believes,,might commit an act of violence in the future — on no more evidence than social media rants and the like.

Another curious discrepancy in the FBI report: the agency claims that Santiago said in November he didn’t want to hurt anyone, but since he had recently been arrested for domestic violence, there was reason to suspect he was capable of such action.

Maybe “mind control” is too strong a term to describe what these individuals experienced at the hands of government investigators. But whatever is going on in the shadows, it is not ending well for the rest of us.

There are 13 comments Our Comment Policy: Keep it civilized, keep it relevant, keep it clear, keep it short. Please do not post links or promotional material. We reserve the right to edit and to delete comments where necessary.