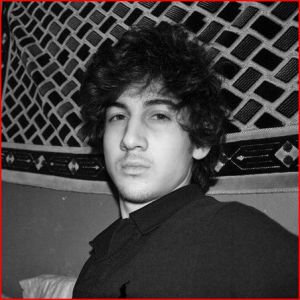 A recent poll conducted by Dzhokhar Tsarnaev’s defense team, part of an effort to force a change of venue for his trial, found that a majority of Bostonians—58 percent—are already convinced the accused Marathon bomber is “definitely guilty.”

That may be persuasive to the presiding judge. But what’s perhaps more interesting is that the poll found a sizable number of Boston residents—42 percent—are still “unsure,” indicating that even the population with the closest proximity to the April 15, 2013, act of terrorism still harbor doubts about the “official” version of events.

Without seeing the evidence the government claims to have of the younger Tsarnaev’s guilt, and due to many anomalies and lingering questions about the bombing and its aftermath, we’re siding with the 42 percent who just aren’t sure yet.

Kevin Cullen of the Boston Globe recently expressed surprise about the poll’s results in a column in which he wrote: “Call me Pollyanna, but I’m shocked they were able to find the 42 percent who don’t think he’s guilty.” While people answering that they’re unsure about Tsarnaev’s guilt isn’t the same as thinking he’s innocent, it does reflect a substantial feeling that the jury is still out in many Bostonians’ minds.

Cullen’s surprise makes sense when one considers the nature of the event, with its gut-wrenching imagery and suspenseful days-long manhunt. After an experience like that, it’s understandable that Bostonians would want someone to hang.

And from the beginning, law-enforcement along with the vast majority of the media have implied that the evidence against Tsarnaev is so airtight, and that his guilt is so self-evident, that it’s bordering on the absurd to assert some things in the official version may not be exactly as we’ve been told.

You Can’t Fool All the People All the Time

The problem, as 42 percent of Bostonians apparently recognize, is that nobody has seen any evidence of Dzhokhar Tsarnaev’s involvement in the actual bombing. It appears to many that there is likely more to this story than the simplistic, “self-radicalized lone wolves” yarn being spun by law enforcement and the mainstream media.

It does appear that these brothers were somehow involved in the violence. However, serious doubts remain with the government’s version of events.

We’ve been told that the brothers:

• Hijacked a Chinese national who made a daring escape

• Set off a chase that culminated in the Watertown shootout, the death of Tamerlan, and the subsequent capture of Dzhokhar in a dry-docked boat

Most importantly, we’ve been told they did all of this alone.

We’ve also been informed that neither the FBI nor any other federal agencies had any contact with the brothers—directly or indirectly—after the agency closed its investigation into Tamerlan and his mother in 2011.

In the absence so far of hard evidence implicating the brothers as the sole perpetrators, many Bostonians appear to have kept an open mind.

In this, they may have been influenced by their familiarity with the FBI’s history of covering up embarrassing relationships to bad guys, like the one local agents had with the murderous Boston mobster Whitey Bulger—not to mention the Bureau’s less-than-stellar record of transparency regarding major events like 9/11. And that doesn’t even take into account some of the geopolitical and national security implications swirling around the case.

Here’s a few of them:

• “Danny,” the main witness to Tamerlan Tsarnaev’s alleged confession to the Marathon bombing, and the shooting of Sean Collier, changed significant parts of his story over time, thereby undermining his credibility. And he is a budding entrepreneur with an uncertain immigration status—an easy target for law enforcement manipulation (For our two-part discussion on the reasonable doubts about Danny’s story, see here and here).

• As far as we know, there are no eyewitnesses to the shooting of Sean Collier. The security camera footage that supposedly recorded them attacking Collier has not been shown to the public. Additionally, at least three different law enforcement officials told the New York Times that the video in question does not show the attackers’ faces.

• There was an armed felon in the vicinity of Vassar Street around that same time who had just robbed a 7-Eleven at gunpoint. He’s still at large.

• The brothers supposedly shot and killed Collier for his gun, but didn’t take it. They also managed to avoid getting any blood on themselves, when one or both of them allegedly tried to wrestle Collier’s pistol from his bleeding body.

• The FBI initially denied knowing who the brothers were until Russia called them out on it. Was the FBI—or another federal agency—hiding something?

• The FBI’s assertions that its investigation of Tamerlan Tsarnaev was limited by a concern for his civil liberties are not credible. Since its inception, the FBI has routinely ignored the Bill of Rights, particularly, in recent years, when it comes to Muslims.

• Prior to the bombing, Tamerlan Tsarnaev somehow evaded being detained at the airport not once but twice, despite being on two different no-fly lists To get an idea of the frequency with which the government routinely allows individuals with questionable associations to travel in and out of our country as they please, see here and here.

• Why is it that the FBI appears to be relentlessly intimidating, punishing, deporting and in one case—that of Ibragim Todashev—shooting to death a person closely connected to the brothers? That pattern of behavior can easily call into question the FBI’s stated desire to get to the truth. Indeed, it can create the opposite impression. After the Todashev shooting, the FBI leaked to the media radically contradictory stories about how it happened: Todashev came at the agent with a knife, no, it was a sword, no, it was a pole. Even the Florida State Attorney’s investigation revealed mind-boggling contradictions between the stories of the FBI agent who did the shooting, and the Massachusetts state trooper who was in the room at the time. The trooper said Todashev charged him with a broom handle raised high like a javelin. But the FBI agent said Todashev ran at him with his left shoulder dropped in an attacking posture. For more details about the Todashev killing, please take a look here and here.

• The Tsarnaev’s uncle Ruslan and his apparent connections to retired CIA officer Graham Fuller and the CIA deserve further scrutiny.

• The fact that these immigrants were refugees from an area heavily contested between the United States and Russia, who were living in Cambridge, an established hotbed of espionage and international intrigue involving the United States, Russia and other countries, should give one serious pause before swallowing the “lone wolves” assertion.

• Even some law enforcement officials have expressed skepticism that the Tsarnaev brothers could have had the technical ability to construct and successfully detonate such highly sophisticated bombs in a flawlessly coordinated manner without help. The Tsarnaevs did not seem like criminal masterminds, as demonstrated by their boneheaded and panicky behavior once they were identified as the bombers.

And finally, the public has never seen the alleged video footage of Dzhokhar planting his backpack at the scene of the second explosion. What we have seen are grainy videos that show the brothers on Boylston St. carrying backpacks—like hundreds of other spectators that day.