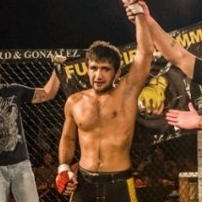 Doubts about the already controversial shooting of Boston Bombing figure Ibragim Todashev in Florida last year are sure to grow with new revelations about the FBI agent who shot him.

As WhoWhatWhy previously reported, the case is full of anomalies and part of a larger pattern of harassment against Chechen-Americans who knew accused bombers Tamerlan and Dzhokhar Tsarnaev. Like everything related to the bombing, Todashev’s killing is swaddled in official secrecy and the U.S. government’s latest report about the Boston tragedy shows there was plenty to be secretive about.

Emerging details about the FBI shooter’s past cry out for further inquiries about the FBI itself. How could they hire an officer with such a history? 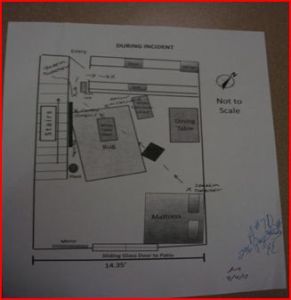 Officials refused to identify anyone present during the May 22, 2013, shooting of Todashev, a 27-year-old mixed martial arts fighter, in his Orlando apartment. But Florida State Attorney Jeffrey L. Ashton’s report on the shooting did so—inadvertently—despite the FBI’s request to remove any identifying information.

On May 14, 2014, the Boston Globe identified Aaron McFarlane, 41, as the agent who emptied half his ammunition clip into Todashev. It uncovered his name by “removing improperly created redactions” in PDF files from the Florida report.

Digging through public records, the newspaper discovered McFarlane had been accused of brutality—twice—while serving as an Oakland police officer in lawsuits that were settled out of court. (McFarlane and another officer were allegedly beating up someone who had already been subdued when they noticed a bystander photographing the incident. Then they attacked the bystander.) 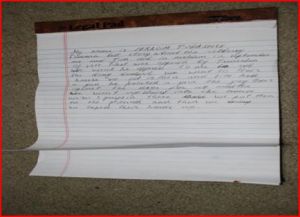 He also took the Fifth Amendment and later testified under immunity during a corruption investigation into a rogue police unit called “The Riders” whose members were charged with making false arrests, planting evidence, and falsifying police reports. The city settled the federal lawsuit for $10.9 million. McFarlane wasn’t charged in that case, or in three other internal affairs investigations, although a prosecutor accused him of being misleading.

McFarlane retired from the Oakland Police Department in 2004 on medical disability after repeatedly injuring his leg and breaking his ankle, securing a lifetime $52,000-a-year pension. Four years later he joined the FBI, raising questions about how he passed both the rigorous background check and the FBI’s physical requirements.

The Globe story advanced the work of the Boston Marathon Bombings blog which, in a May 3 post, explained how it used simple software to find the names of McFarlane and Massachusetts State Troopers Curtis Cinelli and Joel Gagne. It also recovered a picture of what the investigators said was Todashev’s unfinished, handwritten confession of involvement in a 2011 triple murder in Waltham, Mass. Authorities were already investigating Tamerlan Tsarnaev’s links to those slayings.

Among the other finds is a photograph of the gash on McFarlane’s head, which the report says was caused when Todashev struck him with a table. It gives no explanation as to why McFarlane turned his back on an agitated Todashev, a physically dangerous suspect who had a sticker of an AK-47 on the front door of his apartment. 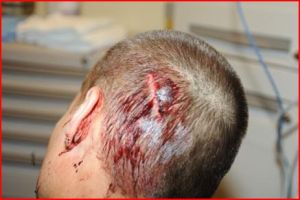 Agent McFarlane’s head, lacerated when Todashev allegedly hit him with a table.

The agent was cleared of any wrongdoing by an FBI internal review. That’s no shock. The FBI always clears its agents of wrongdoing in shootings.

Ashton cleared him too, but notes that the FBI complicated the analysis by limiting the Florida investigators’ access to McFarlane to a signed, sworn statement. Why didn’t the FBI let a fellow law enforcement agency follow its usual investigative procedures and make McFarlane available for an interview?

As with most aspects of the Boston Marathon bombing, the official answers leave us asking: what else are they hiding? 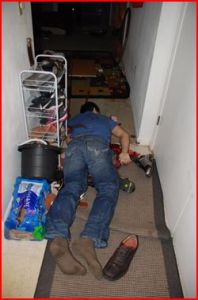 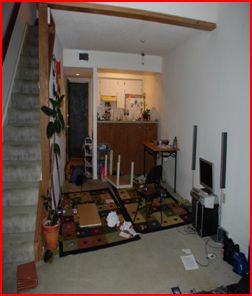 This post has been amended to reflect a correction. The original photo of a police officer in uniform incorrectly identified the subject as Aaron McFarlane. We have replaced the picture. ​

0 responses to “Todashev’s Killer: No Wonder His Identity Was Secret”