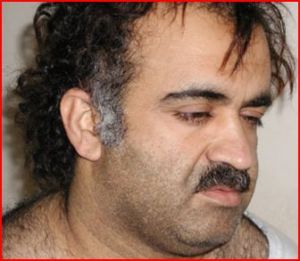 What in the world is the FBI up to at Guantanamo? Why is it harassing the defense team of the accused 9/11 mastermind Khalid Shaikh Mohammed and his alleged accomplices?

The FBI is hip-deep in yet another dubious activity but, this time, even the not-so-adventurous New York Times is kinda-sorta on the trail. The self-proclaimed “paper of record” has produced several articles, albeit confusing ones, on the mysterious doings of our much-vaunted national police force.

What should be made clear is that by connecting a few dots, one can make out a major—even explosive—story hiding just out of plain sight. This story has a lot to do with the larger pattern of FBI misbehavior and points to at least one of the reasons why we never get better, more complete answers about the events of 9/11.

Readers of WhoWhatWhy are familiar with a growing litany of troubling actions on the part of the Federal Bureau of Investigation in the last few years (see for example this, this and this), compounding a disturbing legacy that has attended the outfit for much of its history. The Bureau has occasionally been scrutinized by the media, but as our Steve Weinberg reported, the G-men and journalists have just as often colluded to keep the public in the dark.

Now, for whatever reason, the New York Times has started to dig into….something. Unfortunately, the presentation is so grueling to get through and the core of the story so buried that it is impossible to say for sure what is going on.

It’s possible that neither the reporter, his editor, nor even conceivably their sources in the Guantanamo defense team understand the full magnitude of the story.

We can only guess that what’s at stake here is the FBI’s need to bury evidence of its own behavior—a baffling combination of incompetence and what seem to be deliberate actions running counter to the public’s s interest in full disclosure of events leading up to the deadliest attack on American soil since Pearl Harbor.

For some perspective, we’d point you to reporting we did a while back about a prominent Saudi family living in South Florida—a family connected to a Saudi prince responsible for aviation issues—that interacted directly with a number of the alleged 9/11 hijackers. In that case, the FBI investigated hijacker visits and phone calls tied to the family’s house in a gated community in Sarasota, Florida, near where a number of the 9/11 suspects trained to fly planes.

Since shutting down that investigation, the Bureau has tried to act as if it never happened.

More recently, documents released to our friends at the South Florida investigative nonprofit organization, Broward Bulldog, reveal something decidedly hinky going on. Within this packet of documents, the FBI both denies that the Sarasota inquiry turned up anything of interest—and says the exact opposite.

A lot of interesting morsels are in the packet. But for now, let’s just focus on two documents. See the one stamped “SARASOTA-1” (continues on “SARASOTA-2”). The summary states that the FBI’s investigation found no evidence that connected the Saudi family members in Sarasota to any of the 9/11 hijackers, nor was any connection found between the family and the 9/11 plot.

Based on new reporting by WhoWhatWhy’s team, including a recent trip I made to the area and conversations with sources there, I can unequivocally state that the above statement….is a lie. And the FBI knows it is.

But don’t take our word for it. Have a look at the document labeled “SARASOTA 5.” Right there, plain as can be, it says:

Further investigation of the ____ family revealed many connections between the _____ and individuals associated with the terrorist attacks on 9/11/2001…..

Enough other details in that document set, along with general knowledge of what went down in the days after 9/11, make it clear that the redacted words are the name of the Saudi family. And who is making the assertion of “many connections”? The Federal Bureau of Investigation.

“A spy within our team”

OK, now let’s shift to the recent reporting on the strange events at Guantanamo. According to the Times, in an article with the incredibly off-putting headline of “Guantánamo Detainees’ Lawyers Seek Further Delays” (we can only assume that’s the work of some editor hoping no one will read the story), the reporter chronicles a series of curious happenings. (An earlier, related Times article is here) The details are so obscurely rendered that one can get almost no sense of a larger narrative. But two remarkable quotes, lower in the story, stand out:

“I feel that I’m under scrutiny,” said David Nevin, the lead lawyer for Khalid Shaikh Mohammed, the self-described architect of the attacks. Mr. Nevin said that he had postponed a fact-finding trip to the Middle East because of the F.B.I. scrutiny, adding: “I am trimming my sails. I am being extremely careful about how I proceed.”

So basically, the main guy defending the man who we are told confessed to authorship of 9/11 under torture is afraid.

Here’s the other quote, from another defense attorney:

“We have had basically a spy within our team for a number of months,” Mr. Harrington said.

Consider that, then take another look at those documents we link to above about the “Sarasota connection.”

You will notice that the document in which the FBI denies any awareness of a Sarasota Saudi-9/11 connection is on the letterhead of the Guantanamo prosecution unit, with the FBI seal.

This may well be part of a wider pattern: one in which the Bureau seems determined to block all serious inquiry into those deadly events.

25 responses to “FBI Hanky-Panky on Guantanamo—Part of Larger 9/11 Mystery?”