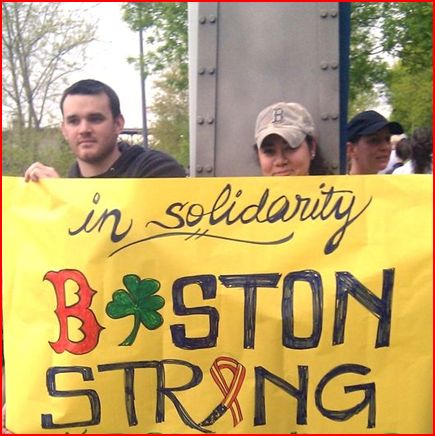 Consumers of mass media nowadays get their information from a diverse menu of outlets—ranging from old-school newspapers to the latest Internet apps. Unfortunately, all these platforms tend to follow the same story lines on the big news of the day, not unlike the chorus of state-approved propaganda in the old Soviet Union.

A case in point: the “Boston Strong” line being put out on the anniversary of the tragic events of April 15, 2013.

While the mass media, and even much of the “alternative” media, parrots this feel-good meme, the WhoWhatWhy audience has been regularly exposed to the more disturbing facts of the matter.

In the service of truth telling, we have resisted both the official story and wild speculation from those who assume the worst about everything the establishment does and says. Instead, we have painstakingly investigated what happened, in some cases taking months to produce a single article.

If you’re new to our site, and not familiar with our coverage, here is a sampling of the kinds of original investigation and analysis we’ve been bringing to our readers:

–       Our “risky” week-one article—published while every media outlet was piling on the instant verdict—raising cautions about this rush to judgment (more than 18,000 Facebook shares, and not a single inquiry from even the “alternative” media)

–       Follow-up questions, one month after the bombing

–       Examination of the extreme official secrecy surrounding the case

–       Our two-part series pointing out major discrepancies in the story of the still-anonymous carjacking victim, who claimed that Tamerlan Tsarnaev confessed to him his role in both the Boston bombing and the death of MIT officer Sean Collier.

If you like what you’ve seen, and want to become part of our Truth Team, making it possible for the coverage to continue and even expand, please click here and make a tax-deductible donation. With your support and encouragement, we pledge to stay on the case.

6 responses to ““Boston Strong”—A Feel-Good Distraction From A Darker Truth?”