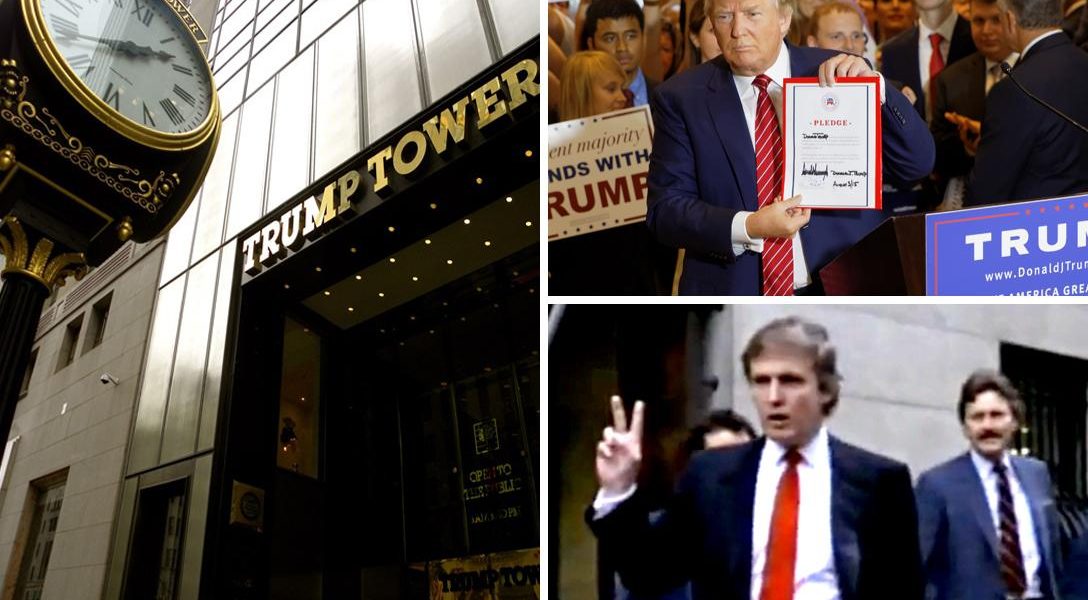 Trump Tower is very much like the man who named it: Grand, gaudy, glamorous — and a bit shoddy if you look below the surface. It also made Trump a household name.

Even some architecture critics liked what they saw when the glitzy 68-story tower was complete. But Ross McTaggart, an interior designer who worked on the building, told the documentary filmmakers that some of the materials used for the apartments (which were among the most expensive in the world when the tower was opened) were of low quality.

Of particular interest in this chapter of the documentary is that Trump the Builder appears to have different views on immigrants than does Trump the Candidate. In order to save money, the elegant building torn down to make way for the Tower was demolished by undocumented laborers, who worked without the required safety equipment.