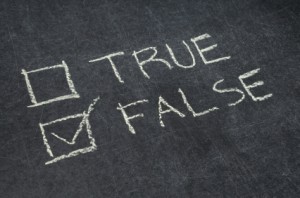 According to a member of Michael Hastings’s family, a widely circulated story that the investigative journalist’s body was cremated by authorities without the family’s permission is flat-out untrue.

The story that the cremation was unauthorized — further stoking credible suspicions aroused by Hastings’s strange death in a fiery one-car crash, complete with a dramatic explosion — has raged across the Internet for weeks.

A recent count showed 475,000 results for “Hastings cremated” and 357,000 for “Hastings cremation.” The top results all reported that the family did not want the cremation. The clear implication was that this was proof of a cover-up — that “the authorities” had rushed to dispose of the body in a way that would make further inquiries, such as an autopsy, impossible.

But a family member told WhoWhatWhy, “It was our wish to have Michael’s remains cremated.” In fact, this family member said the cremation came about at the family’s specific request — and only after an autopsy and toxicology tests, whose results are pending.

In light of this simple, clarifying statement, it’s worth asking: How do blatantly counter-factual rumors and untruths get traction in the cybersphere?

Often, as in this case, they start with legitimate suspicions: just before his death Hastings told associates he was working on a blockbuster story involving the “NSA.” Building on these suspicions, a reporter makes an ambiguous statement that sounds like a shocking revelation — but is actually the result of a leap of faith, an unwarranted assumption by the reporter … which turns out to be incorrect.

Here is a local television reporter for a commercial station in San Diego, Kim Dvorak:

Soon, the story was everywhere — including on almost all of the websites that generate heavy traffic by catering to those who hunger for a steady diet of stories hostile to the government, no matter their veracity.

When we contacted Dvorak by email to ask where she got the “unauthorized cremation” claim, she replied:

I will not be sharing sources for privacy reasons. I will point you to Elise Jordan’s CNN interview where she had plenty of opportunities to deny details reported on San Diego 6 (we are affiliated with CNN).

The problem with this disingenuous reply is that Elise Jordan (Hastings’s widow) was not asked about the cremation by the program’s host, Piers Morgan. The short interview segment did not include discussion of any details of the crash or aftermath, beyond Jordan’s statement that she accepted the crash as an accident and that her husband was always working on multiple intriguing stories at any one time. While this assertion may well be premature, it is not so surprising given the sort of pressures on family members to demonstrate restraint in such circumstances. (From several sources, WhoWhatWhy understands that the family and friends remain curious, like the public, and open to further information that may shed light on the incident.)

Meanwhile, another person Dvorak interviewed fits the description she used in her original report, of “a close family friend.”  That’s Joe Biggs, a retired staff sergeant who was close with Hastings and who did in fact speak to her about the cremation.

In a telephone interview, Biggs told us that he was the source of Dvorak’s reporting, but not her mis-reporting. “That lady asked me about being at the memorial service. I said it was the first one I’ve been at without a body. I meant we didn’t have closure…. I said that if I were killed, I would never want to be cremated. Somehow all this got mixed up … She took that to be that the body is missing and family didn’t know where it is. Then this whole thing spun out of control.

“I saw the video of her on the news talking about it … That made me sick to my stomach … I finally got hold of her, and she said she’d retract it, and I don’t know if she did.” (She has not.)

Biggs said that as soon as he saw Dvorak’s report, he contacted everyone he could think of to tell them that his comments had been badly distorted to create the appearance he was alleging a conspiracy.

Matt Farwell, who often worked with Hastings as his writing partner and who is finishing Hastings’s final story for Rolling Stone, is furious with Dvorak, whom he called “a fucking disgrace — and that’s on the record.” Farwell says he fired off an angry email to Dvorak, decrying her reports.

As for the crash itself, he agrees it should be investigated.

Many people have taken Dvorak’s work seriously simply because they were pleased to see a “mainstream” local television station carrying the kind of conspiracy-tinged reports she has done.

Indeed, Dvorak has become something of a cult hero on the Internet. As one popular post on Reddit puts it: “Kimberly Dvorak is essentially the only journalist doing work on the ground with the Michael Hastings death. We ***NEED*** to support her. This is her twitter. Spread this far and wide.”

It’s not at all clear Dvorak deserves the title of “journalist.” Her twitter page identifies her not as a television reporter but as “Examiner National Homeland Security Correspondent” — a reference to the Examiner network of conservative-oriented websites. Most of her work has been essays with an editorial tone for conservative or right-wing sites, marked by a clear animus toward the Obama administration, and by alarmist content about “illegal aliens” and other perceived threats.

The larger lesson here is one about the state of news today. The media/online world seems increasingly divided between those who are too quick to accept official claims — and those whose default posture is that everything is a plot to cover up the truth. It’s hard to find real journalists—whose work can be trusted because they approach a story with an open mind, a commitment to digging out the facts, and a willingness to report whatever they find.

There are enough truly troubling things about the Michael Hastings story not to have legitimate inquiries sidetracked by a red herring. As Matt Farwell pointed out, instead of advancing a real investigation, such shoddy “reporting” has the exact opposite effect.