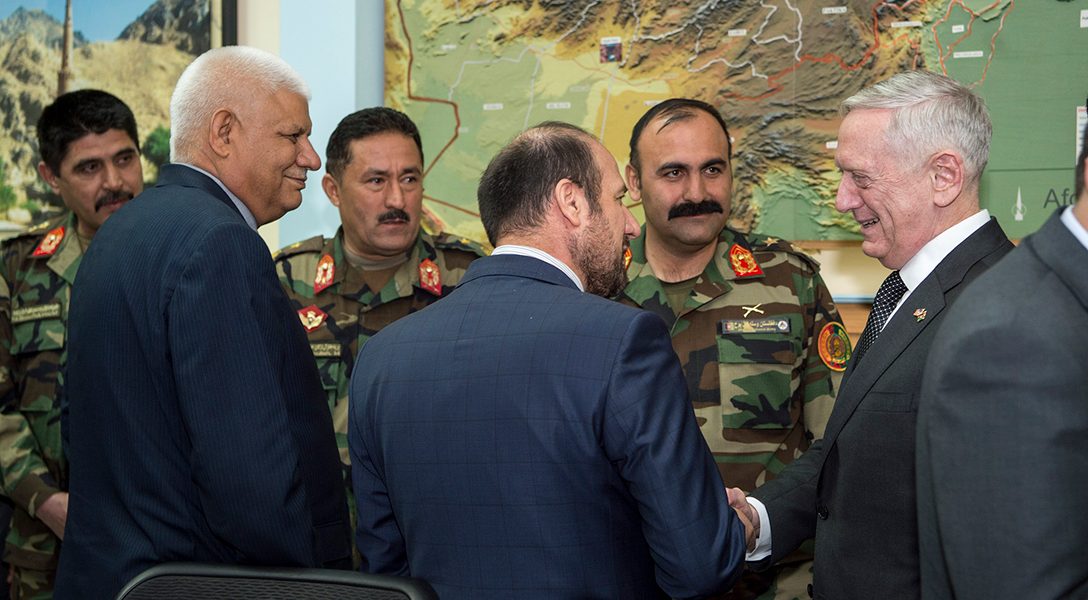 Will the US Be Sending More Troops to Afghanistan? For What?

At a July 19 meeting in the situation room with his military advisers, President Donald Trump reportedly said he wanted to fire the commander of US forces in Afghanistan, General John Nicholson. He was dissatisfied with him because he was not winning the war and, officials said, Trump openly questioned the quality of the advice he was receiving.

It is noteworthy that the famously impatient Trump, who promised his supporters quick action on almost every front including America’s wars, is frustrated that he has not been able to turn the tide on the country’s longest-ever conflict in a little more than half a year.

But even more interesting is his candor regarding a long-taboo subject: motives for invasions that are routinely painted publicly as motivated by “national security.”

At the meeting, Trump asked about the United States “getting a piece of Afghanistan’s mineral wealth.”

And he made it clear that he is not happy American troops are fighting the war while China makes money off Afghanistan’s estimated $1 trillion in rare minerals, officials said. Trump is also getting increasingly impatient with the progress his advisers are making in finding ways American businesses can get rights to those minerals.

The NBC reporters noted “The focus on the minerals was reminiscent of Trump’s comments early into his presidency when he lamented that the US didn’t take Iraq’s oil when the majority of forces departed the country in 2011.” NBC’s military adviser General Barry McCaffrey pointed out that acquiring mineral rights in Afghanistan would require the type of security the US has been unable to achieve. Will Blackwater International’s founder Erik Prince and the CIA provide that security? As The New York Times reports,

“Worried that Mr. Trump will be locked into policies that did not work for the last two presidents, Mr. Bannon and the president’s son-in-law, Jared Kushner, have brought in outside voices, including Mr. Feinberg [Stephen K. Feinberg] and Erik D. Prince, a founder of the private security firm Blackwater International. Both have urged using more private contractors and giving the C.I.A. an oversight role in the conflict.”

An NBC News/Wall Street Journal poll of key Trump-supporting counties found that 46% of respondents would send more troops to Afghanistan, while 39% were opposed to it.

WhoWhatWhy has long raised the role that treasure plays in the foreign policy of all countries, and certainly that of the US, and has noted the failure of both the media and politicians of all stripes to level with the public.

Here is an article we ran years ago about Afghanistan and its mineral wealth. It has never been as relevant as now.

WhoWhatWhy now has an exclusive conversation with General Clark, filmed this year by our friend Mike Gray. In it, Clark explicitly lays out the central role of oil in American military strategy, and advocates for increased use of clean energy alternatives. He also says that the only way to change policy on energy and the military is for a mass public movement to stand up to the oil industry, the richest and most powerful in history. He says young people have the most to gain, and will have to take the lead.

Of course that’s exactly what happened. This led then to the creation of Al Qaeda, 9/11, our invasion of Afghanistan, the Bush administration decision to invade Iraq. It’s led to expenditures of a couple of trillion dollars and more, much more to follow. And we’re not done yet.

Wesley Clark: Well, it’s 300 billion dollars of US foreign exchange to buy the oil, another 600 billion dollars for the defense budget. Not all of that is directed toward energy but you could say that 150 billion dollars a year we’re spending on the wars is certainly about oil, directly or indirectly.