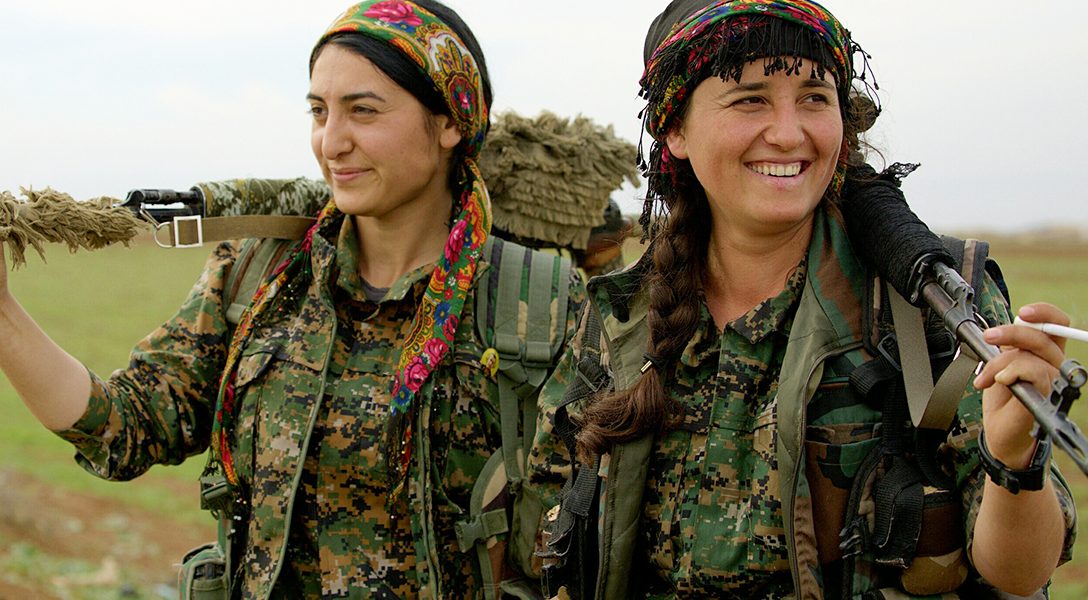 Does Turkey Think Trump’s Resolve in Syria is Weakening?

Reports in the Wall Street Journal and other media subsequently confirmed the patrols. This is the second time this year that US troops have moved in to block an anticipated Turkish attack on Kurds, who are spearheading the fight against the Islamic State.

Recently, Turkey bombed Kurdish forces in both Syria and Iraq, killing dozens and reportedly forcing the Kurds to halt their push to capture Raqqa, the de-facto capital of IS in Syria.

The Kurds responded by firing anti-tank missiles at Turkish tanks and army installations. There is no confirmed information yet about Turkey’s losses, though Kurdish reports have claimed some 17 Turkish soldiers killed.

joint patrol #YPG & #US army in Derbasya on the border with turkey after turkish attack Via @MHJournalist #NoFlyZone4Rojava #twitterkurds pic.twitter.com/WW902LNfU9

Joshua Landis, a prominent Syria expert at the University of Oklahoma, told WhoWhatWhy that Turkey appears to have sensed a weakness in US President Donald Trump’s administration — which in recent days has been pre-occupied with North Korea and elsewhere — and to be testing its resolve to stick to its declared goals in Syria.

Turkey, he added, is unlikely to launch a long-term incursion into Syria for fear of getting bogged down in a quagmire, but skirmishes along the border could continue. For the US, this would increase the price of the anti-ISIS alliance with the Kurds. Turkey has been fighting a homegrown Kurdish insurgency for over four decades now, and fears a Kurdish autonomy in northern Syria would further destabilize its volatile south. It’s an issue that Turkey perceives as existential to its security, Landis added.

Several months ago, WhoWhatWhy wrote about the precarious balancing act with Russia and Turkey that Trump would have to perform upon taking office. We are following closely the next steps in that convoluted Middle Eastern intrigue. Stay tuned.