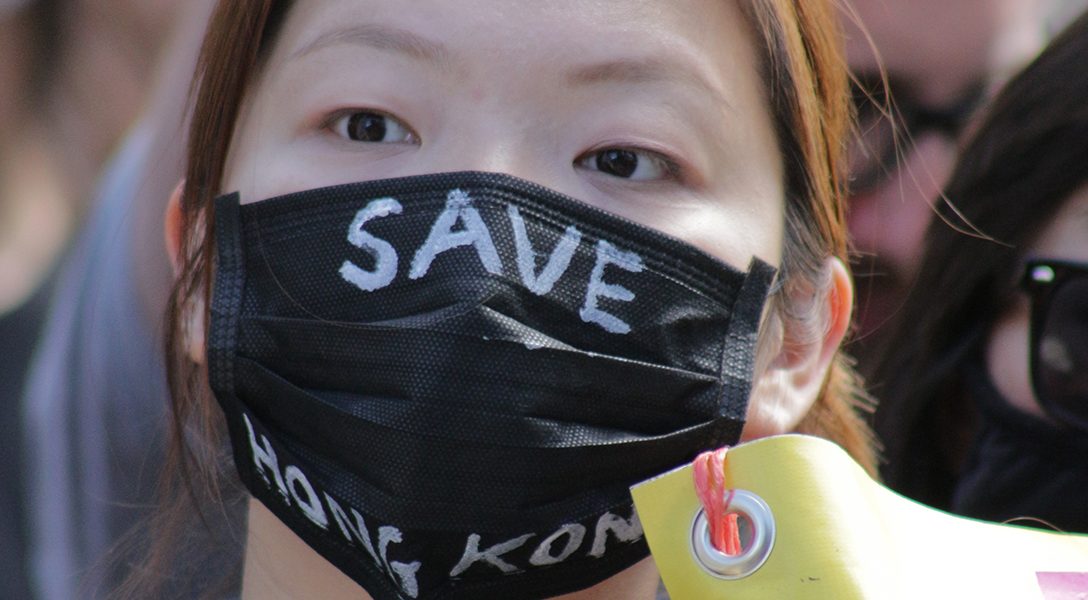 HONG KONG — As tear gas, rubber bullets, and gasoline bombs continue to dominate weekends in Hong Kong, and the pro-democracy protests show no sign of abating, something more pernicious is also unfolding in the city.

Locals call it ‘baahk sik hung bou,’ or ‘white terror,’ and it refers to a systematic program of intimidation to instill fear and deter political dissent in the city.

“The fear is designed to keep people off the streets. It’s the biggest enemy for the protesters,” Carmen Li Ka-man, a sociology student at Shue Yan University and part-time reporter for a local news agency, told WhoWhatWhy. “I think it’s exactly a white terror.”

The term can be traced back to 1927, when Chinese nationalist leader Chiang Kai Shek used armed triad (gangster) thugs to brutally suppress his Communist rivals and their allies in Shanghai. It has been used to describe the current situation in Hong Kong ever since July 21, when a white-shirted mob wielding bamboo poles and thought to be associated with triads indiscriminately attacked terrified passengers at the Yuen Long subway station in Kowloon, the city’s mainland area.

This month, the Civil Human Rights Front convener, Jimmy Sham Tsz-kit, was brutally attacked by a gang armed with hammers; he was rushed by ambulance to a hospital. In a separate violent incident in the same month, a 19-year-old student was stabbed in the neck and stomach while handing out anti-government leaflets in the Tai Po district in Kowloon.

It's her last song to Hongkong
Chan Yin-Lam is a 15 years old, HKDI student and a swimmer,but she was found in the sea near Devil's Park and naked,police said this case was no suspicious circumstances and cremated her asap#HongKongPolice #Hongkongers
I'll find the truth! pic.twitter.com/2IZ8YNH0ep

When the naked body of 15-year-old student protester, Chan Yin-lam, was found in the sea three days after she was last seen on her school campus on September 19, many protesters claimed the girl had been murdered by police or gangsters and her corpse dumped as a grim warning to others. They suspected the crime was being covered up. After extensive protests, her parents felt obliged to make a public statement insisting their daughter had mental-health problems and that it was a tragic case of teenage suicide.

There is no evidence to support the theory that violent criminal acts are funded or sanctioned by the Hong Kong government or by Beijing. But the authorities are clearly responsible for introducing a more oppressive style of policing.

Social media is rife with reports of knife attacks, beatings, rapes, and sexual abuse of protesters in police custody. Most reports are impossible to verify, but the impact of the white terror penetrates all parts of society.

Corporations fear doing anything to offend Beijing. When, in late September, corporate lawyer and democracy activist Jason Ng felt compelled to resign from the French investment bank BNP Paribas, Joshua Wong, founder of Demosistō, an organisation advocating self-determination for Hong Kong, tweeted that the incident “shows that China’s white terror tactic has stretched out its reach to European countries.”

A British Hong Kong resident told WhoWhatWhy she would not dare make any comment on social media about the current political situation in Hong Kong for fear of jeopardizing the career of her husband, who works as a pilot for Cathay Pacific Airways. Several Cathay staff have been sacked for expressing pro-democracy views, in actions widely believed to be a response to direct pressure from Beijing.

In a quiet bar, far from the hotspots of the protests, a neighbor showed me a text message she received from her son’s school. It informed her that children were now banned from wearing surgical face masks (a common practice in Hong Kong for public hygiene reasons). The message instructed her to sign a letter of agreement and return it to the school immediately.

The message comports with Hong Kong Chief Executive Carrie Lam’s anti-mask law, introduced on October 4 after she invoked an emergency-powers provision dating back to 1922, when Hong Kong was under British colonial rule. Under that provision Lam has claimed the right to introduce any policy she believes to be necessary to maintain public order. It is now illegal to wear a mask at a public gathering (including school).

The face-mask ban is not as arbitrary as it may seem. Facial-recognition technology and video surveillance are endemic in mainland Chinese cities, where police routinely use the technology as an internal security tool. Bloomberg recently revealed that, for at least three years, Hong Kong police have had access to facial-recognition and video-surveillance technology from an Australian tech company called iOmniscient. It’s not known if the technology is being used to identify protesters or schoolchildren in Hong Kong, but, not surprisingly, protesters have been seen damaging and dismantling surveillance-TV masts on city streets.

Ordinary people have grown afraid to venture into the city center, not just because of fear of tear gas and rubber bullets, but out of concern they won’t be able to get home again. Public transport is often disabled and shut down early, creating a de facto curfew on weekends. Self-censorship is rife in the city; numerous public events, from ballet to swimming races, have been canceled on “safety grounds.”

The pro-democracy movement has at times given rise to attacks of its own. Radical protesters have vandalized Chinese-owned banks and pro-Beijing business premises. People heard speaking in Putonghua dialect — the official dialect of mainland China, known in the West as Mandarin — have been publicly abused or even assaulted.

Despite the face-mask ban, most protesters insist on covering their faces before they allow their photo to be taken, even at legal assemblies where they are committing no crime. They explain that, at some point in the future they may need to apply for a job, a place in university, a travel visa, or a mortgage, and they fear their photo will be kept on file and used to deny their application.

As Li put it: “If you do oppose the government, then you are in danger.”