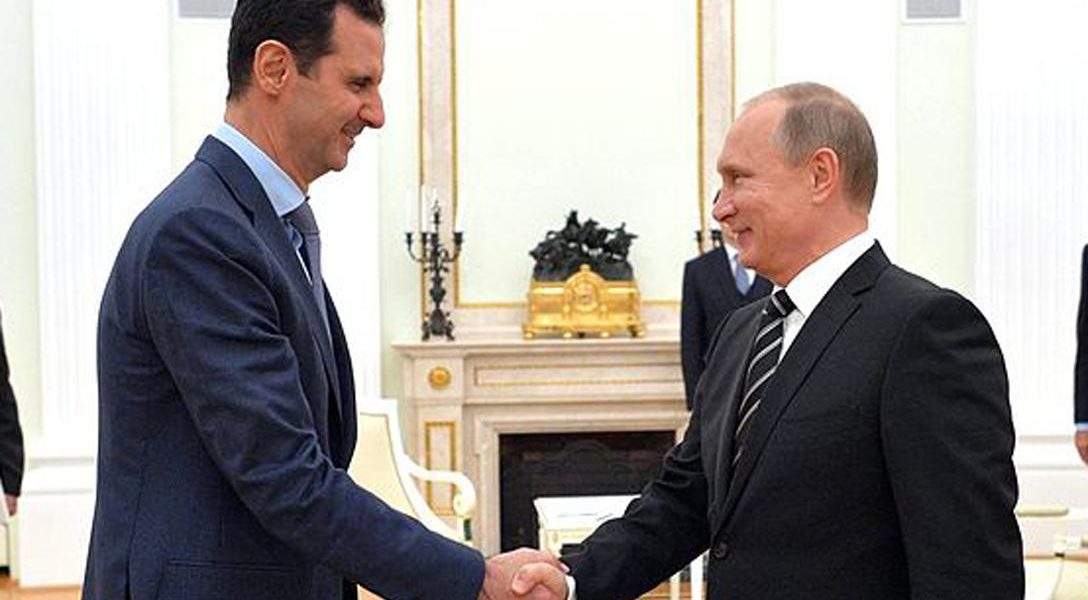 Confused by the Bloody War in Syria? Here’s the WhoWhatWhy.

ISTANBUL — The announcement late Thursday of an agreement on a “cessation of hostilities” between the Syrian government and rebels confused many people, including some of the diplomats who negotiated and  told the BBC anonymously that “it’s not worth the paper it’s printed on.”

The confusion is understandable, as there has been a lot of spin on Syria, and the narrative has shifted spectacularly several times since the Russian operation started there in late September of last year. At first, the official line in the West was that Russia had plunged itself into a quagmire that could rival Afghanistan. However, in the past week or so that had changed into another sensational story: that Russia and its allies were about to win the civil war, gravely threatening Western interests.

Taken together with Turkish sabre-rattling across the border, it had spun talk of World War III. Yet WhoWhatWhy reported back in November, in an article whose key points were later echoed by top mainstream media, why the first story was wrong. Here we’ll try to explain why this one is also primarily spin.

For starters, the temptation to use force alone to resolve the conflict may be real to many in Russia, but it’s not even clear that it serves the Russian interests in Syria well. From the very beginning, the greatest strengths of the Russian campaign were its limited nature and the ways in which it interfaced with diplomacy, propelling the Kremlin into the center of world events after spending years in isolation. Gambling these advantages away could come to bite Vladimir Putin, who has up to now played his cards against the West in both Syria and Ukraine rather cautiously.

Nor is it clear, despite recent victories, that the Syrian army is up to such a task.

“The experts here think that there’s no chance [Syria’s president] Mr. Assad would regain the complete control of the territory,” Victor Mizin, a senior Russian analyst and the vice president of the Center for Strategic Assessments in Moscow, told WhoWhatWhy.

It is true that, aided by heavy Russian airstrikes and Iranian forces, the Syrian regime is close to winning a key battle and encircling Aleppo, Syria’s largest city prior to the war. If that were to happen, it would certainly send major shockwaves across the loose rebel alliance — yet that’s not even close to winning the war itself.

The government forces, whose most reliable pool of recruits has been a minority that numbered just 12 percent of Syrians prior to the war, are depleted and exhausted after years of fighting. They are taking heavy casualties, and so are their foreign allies (Iran reportedly lost a general in the latest fighting). Every new territory they capture, on the other hand, requires troops to secure, stretching supply lines and slowing progress.

Part of a Longstanding Strategy

Experts say that neither Russian bombing in Aleppo nor the Syrian government strategy of trying to secure the borders and isolate the rebels into small pockets comes as much of a surprise.

​Recent battles have focused on the so-called Azaz corridor in northern Aleppo, where rebels supported by Turkey are battling pro-government forces from the south, Kurds from the west, and Islamic State forces from the east. Image credit: Adapted by WhoWhatWhy from Syria.LIVEUAMap.com

“That’s the same strategy that was used around [the capital] Damascus for the entire campaign, to close off the border with Lebanon,” says Joshua Landis, one of the top Syria experts in the West who teaches at the University of Oklahoma. “It began in 2012 with the conquest of [the town of ] Qusayr… and they sealed the border with Lebanon, which really protected Damascus. And they’ve got to do the same thing with Turkey.”

Western Mistrust of Rebels Is Key

One way the Syrian government could actually win the war, experts believe, is by inducing desertions in the rebel factions and then seeking to brand itself to the West as the only credible force against ISIS on the ground. Some of this may already be happening, but it’s a process that would likely take some time.

“That depends on the people who go first, if they don’t get dragged off to jail or shot, then it will encourage the people who come later,” says Landis.

Key factors that could decide the fate of the opposition are the festering divisions among them and lingering Western mistrust toward the uprising, much of which has been taken over by extremists such as Al-Qaeda and ISIS.

“We [the West] don’t trust the rebels enough to give them any really decent arms,” adds Landis. “If you don’t trust the people you’re trying to back, and you don’t really want them to become winners, you got a problem. And the Russians smelled that problem a long time ago, and this was one of the reasons they jumped in.”

To make matters even more complicated, one of the most capable fighting forces in Syria and a key US ally against ISIS, the Kurdish YPG, is pursuing its own vision of radical democracy, which is at odds with all of the other major actors in the region, including the government, the rebels, ISIS and Turkey. Ever since the Kurds scored a major victory against ISIS in the town of Kobani early last year, they have been fighting to link their three cantons strung across Syria’s border with Turkey to the north, effectively establishing a contiguous territory bordering the Kurdish-inhabited regions of Turkey.

That’s a nightmare for Ankara, which is currently embroiled in a war against Kurdish militant groups linked to the YPG in its own territory. It has already strained relations between Turkey and the US. And it’s a key factor, alongside the desire to preserve some leverage in Syria, behind Turkish President Recep Tayyip Erdogan’s recent threats to create a “safe zone” on the Syrian side of the border. This, however, would be an extraordinarily risky endeavor for Erdogan, and the analysts interviewed by WhoWhatWhy estimated that in the absence of a clear US lead, the likelihood of major Turkish unilateral action would be low.

The plight of civilians is excruciatingly real — the latest government campaign has reportedly killed hundreds and driven over 50,000 people from northern Syria to the Turkish border, adding to the close to half a million dead and 4.6 million who have already left the country. The United Nations has warned of an impending humanitarian crisis in Aleppo.

But it’s a common, if cynical, observation in conflict situations that violence escalates prior to breakthroughs in negotiations, as different sides seek to score last-minute victories and to gain leverage in the talks.

There is, of course, the danger that such escalation could torpedo the peace talks, as happened in early February in Geneva. Yet despite the violence, the negotiations have continued, both between the major factors, as evidenced by the February 11 agreement in Munich, and less ostentatiously on the battlefields between the government and the rebels, according to Landis and other experts.

“Privately [Turkey is] more amenable to a ceasefire [in Syria] than rhetoric suggests,” said Aaron Stein, a senior expert in Turkey at the Atlantic Council in Washington, in a tweet.

Experts caution that, in contrast to the simplistic narratives the media often fall for, the situation on the ground is so complex that the endgame is still some way off, and shrouded in mystery.

“Right now we see the existence of at least four Syrias: Assad’s Syria, extremist Syria, [rebel] Syria, and Kurdish Syria,” says Mizin. “So what would be the endgame, nobody knows. I am sure that we won’t see the Syria we saw before the conflict.”

Meanwhile, civilians continue to suffer the most.