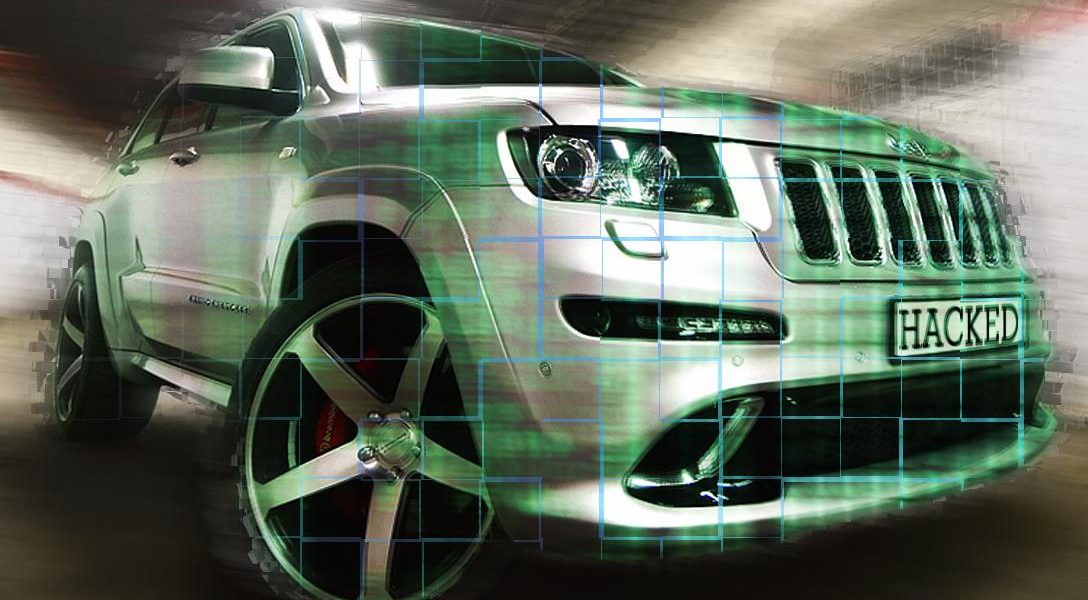 In a landmark decision, Fiat Chrysler has recalled 1.4 million Jeep Cherokees after tests showed that the cars could be remotely hacked — but most news outlets have still failed to question the mysterious death of journalist Michael Hastings, who said his car showed signs of being manipulated. Photo credit: Jeep Cherokee: (CONCAVO WHEELS / Flickr), Code (*n3wjack's world in pixels / Flickr)

Researchers demonstrated a software vulnerability in the Jeep’s Uconnect dashboard computers. By hacking into a Jeep driven by a Wired  magazine writer, they were able to commandeer the dashboard functions as well as the steering, transmission, and brakes.

This suggests that people like former US counterterrorism czar Richard Clarke — and a handful of outfits including WhoWhatWhy  — were onto something in raising the possibility of foul play in Michael Hastings’s death.

Back in June 2013 Hastings was driving his car when it suddenly sped up, veered off the road, jumped the median, and crashed into a tree, exploding into flames with such violence that the engine was sent flying more than a hundred feet from the chassis. Based on the published reports of what happened, Richard Clarke has said:

I’m not a conspiracy guy. In fact, I’ve spent most of my life knocking down conspiracy theories. But my rule has always been you don’t knock down a conspiracy theory until you can prove it [wrong]. And in the case of Michael Hastings, what evidence is available publicly is consistent with a car cyberattack. And the problem with that is you can’t prove it.

While Chrysler expeditiously recalled its vulnerable cars, Mercedes — the company that made Hastings’s car — has taken no action and offered no reassurance that their cars are unhackable. The site of Michael Hastings’s deadly car crash with a sign that reads, “This was not an accident.” Some suspect Hastings’s car had been hacked, but most news outlets have failed to seriously consider the possiblity. Photo credit: Lord Jim/Flickr

After a relatively brief investigation, law enforcement declared Hastings’s death an “accident” and marked the matter closed– way too fast, according to observers like Clarke, given the suspicious circumstances. These included:

1. The odd behavior of Hastings’s Mercedes in the moments before the crash.

2. Hastings’s prior observations suggesting the car had been tampered with.

3. While an autopsy was performed on the victim, as far as is known no attempt was made to rule out manipulation of the car’s computers. Yet, Hastings’s death was declared, with inappropriate certainty, an “accident.”

4. If the car had been hacked, it would have been almost impossible to prove — or disprove–since the onboard computers were melted down in the fiery crash.

5. Just before his death, in an email entitled “FBI Investigation, re: NSA,” Hastings said the FBI was interviewing his close associates, and advised the recipients, including his colleagues at Buzzfeed, to request legal counsel if the FBI tried to question them.

6 Motive: In that same email, Hastings said he was “onto a big story” and warned his friends that he had to go off the radar for a while. Was this investigation threatening to  higher-ups in government security agencies? His investigations tended to be successful.

7 Motive: Hastings had angered people at the highest levels of the US military; his award-winning reporting led to the forced resignation of Gen. Stanley McChrystal, NATO Commander in Afghanistan.

Together, these points should be enough to raise questions about the “accident.” Yet, with only a few exceptions, the media has shown little interest in probing deeper into  what may have been a spectacular and fatal car hacking on the streets of Los Angeles.

Apparently, neither Wired, nor the Los Angeles Times, nor CNN, nor the New York Times, nor virtually any other major journalistic enterprise, no matter how “cool” or “edgy,” can bring itself to investigate the possibility that a car hacking might have been used to silence a journalist famous for digging into the secrets of powerful people and institutions.

Not even the “ballsy” Buzzfeed, which gets admiring coverage in other media for its much-hyped expansion into “serious” journalism, saw fit to publish a serious investigation into the death of its own correspondent.

Instead, the media rushed to dig up  negative scuttlebutt about Hastings — of the sort that can be dredged up about many people — to paint a picture of a reckless man who would and could cause his own death, no less in this unlikely and spectacular scenario.

The pressure not to break from the consensus “accident or lone nut” scenario on potential “security state” killings has always been intense, as the Kennedy clan knows only too well.

In its November 10, 2013 issue, New York Magazine went out of its way to ridicule those who question the official cause of Hastings’s death: “On Twitter and Reddit and in the febrile swamps of websites like InfoWars and Prison Planet, there was heated squabbling about ‘the official narrative’ and false-flag operations and staged accident scenes.” (This is how they wrote about skeptics of the government-approved version of the Kennedy assassination. Their formula seems to be: hardsell the official story, ignore evidence that undermines it, and display contempt toward those who question it. They should be, at the very least, agnostic).

CNN even got Hastings’s widow to go on television for an interview in which she disavowed any  “conspiracy” theories. Before the investigation in her husband’s death was completed, Mrs. Hastings, who once worked for Condoleezza Rice at George W. Bush’s National Security Council, revealed that her gut told her it was just a “tragic accident.”
***

Now that Wired has proven, and Chrysler has admitted, that the ability to hack a car isn’t just a wild speculation, it’s  time for the media to put some investigative muscle into unpacking the truth behind the surely tragic but not necessarily accidental death of Michael Hastings.

Go here to read WhoWhatWhy’s past coverage of the Hastings case. We’ve been on it since the beginning.