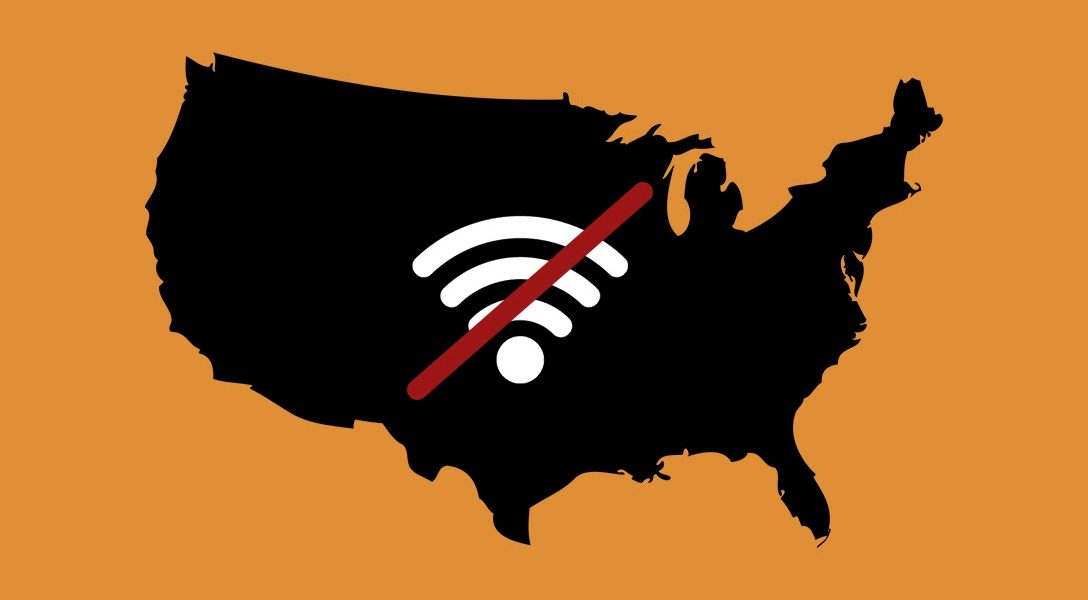 What industry group has the lowest customer satisfaction rating — lower than airlines, health insurers, or even gas stations?

Dissatisfaction with overpriced, poor-quality, and in some cases nonexistent broadband internet services of ISPs is such that many towns and cities are considering building and running their own public broadband services.

“Practical, non-ideological people who really want good internet are saying ‘Call it communism if you want, but we are going to build municipal broadband to get good access,’” said Jay Stanley, senior policy analyst for the American Civil Liberties Union (ACLU).

With the onset of the coronavirus pandemic, rural areas in particular are dependent on the internet for education, employment, commerce, connection with distant family members, and telehealth, now more than ever. The importance of reliable, affordable internet service has never been clearer. Indeed, as of early May, broadband usage surged 47 percent in the first quarter of this year from a year earlier.

“This is no longer a matter of commerce, but a matter of life and death,” said Jonathan Spalter, chief executive of the industry association US Telecom.

Lack of broadband access is not confined to rural areas. More than one-third of Bronx residents don’t have broadband at home. Nearly half of New York City residents living in poverty have no home broadband.

In rural areas, the digital divide is about access. In low-income urban areas it’s about cost. Private ISPs don’t see low-income areas as lucrative markets for their premium services.

Both the federal and state governments have showered the private ISPs — Comcast, Verizon, AT&T, Xfinity, Spectrum, and Frontier, among others — with public money and special concessions to help bridge the divide.

But many consumers are dissatisfied with what they see as inflated prices and lousy service.  They want an alternative.

That alternative may be municipally or locally owned and run broadband internet systems. As of this date, it is estimated that more than 900 communities in the US are served by some form of public internet option.

Of those, 560 are served by a municipal network of some type, and more than 300 by a cooperative. The main motivating factor behind public broadband does not appear to be ideological.

“People are pragmatic. They want a good service that will deliver what they want at a reasonable price. Many people believe correctly that the current market is not delivering that, [so] they want alternatives,” said Christopher Mitchell, director of Community Broadband Initiatives at the Institute of Local Self Reliance (ILSR). The Institute is a nonprofit that champions empowering local communities to take charge of their own future.

Many of these public broadband systems are being set up in so-called red states, which some cite as proof that they are a popular consumer choice. This means that broadband will be now available in rural, low-density areas that private ISPs don’t find profitable enough to serve.

Many in the grassroots municipal broadband movement concede it won’t work everywhere. They also reject some of the more traditional solutions offered up by the left, such as nationalizing the private internet service providers.

ILSR’s Mitchell notes that nationalized telephone companies in Europe were hobbled by corruption and cronyism. He favors innovation at a local level to meet the individual needs of communities, not the “one size fits all” approach of traditional nationalization.

And even some conservative opponents of municipal broadband are not necessarily against it in every circumstance.

“The reason mostly given for the construction of municipal networks is that nobody else will build it. In some places that’s true and in some places it’s not,” said Dr. George S. Ford, chief economist at the Phoenix Center for Advanced Legal and Economic Public Policy Studies, which evaluates the implications of regulatory and economic policy in the US and abroad.

A Glass Half Empty or Half Full?

Controversy is sharpest in areas where municipal broadband competes with private ISPs. Opponents of municipal broadband assert that because most of those systems are subsidized by higher property taxes or higher utility fees to non-customers, they have an unfair advantage.

Advocates of municipal broadband dispute the notion that public systems must be subsidized by taxpayers or ratepayers. According to Mitchell, who has tracked 500 municipal broadband systems, very few have raised property taxes. In some cases — because their internet rates are lower than those of the corporate ISPs — they have actually lowered costs for towns and cities.

“We have publicly run schools, most communities have publicly run utilities, and that’s been true for hundreds of years,” said Stanley. “There is no right of a company to have no government services that interfere with what it is hoping to sell.”

To be sure, municipal systems have their problems. The Phoenix Center’s Ford cites the financial woes of city-owned systems in Burlington, VT; Provo, UT; Tacoma, WA; and Groton, CT, three of which were so frail financially that the cities ended up selling them to the private sector.

Advocates say that in many such cases other factors are involved, such as the state of Utah actively undermining Provo’s broadband system.

Critics of public systems argue that most municipal broadband systems appear to be heavily in debt. Public broadband supporters claim that debt-rating agencies say they are not.

Opponents of municipal broadband tend to frame their arguments in terms of private enterprise vs. an “inefficient” public sector. They see cities, who are used to running monopoly utilities like water or electricity, as ill-prepared to jump into the competitive broadband market. They say that the favoritism, unaccountable spending, and graft that have plagued other local government programs have also plagued public broadband projects.

Municipal broadband supporters largely frame the issue in terms of local accountability and control. They view a locally controlled public system as more accountable to their constituents than a giant corporation that would most likely be headquartered out of state and responsive only to its shareholders.

That’s a view expressed in a recent report by the ILSR, which argues that the six biggest private US providers (Comcast, CenturyLink, Frontier, AT&T, Verizon, and Charter) have “invested the bare minimum to comply with [broadband infrastructure investment] requirements [for public subsidies] while more significantly upgrading urban markets. Meanwhile, cooperatives and [municipal] ISPs that have received far fewer subsidies have invested far more in rural areas.”

A Tough Row to Hoe

At first glance, there are many obstacles to municipal broadband expansion.

Both Bernie Sanders and Elizabeth Warren, who champion public systems, dropped out of the Democratic presidential primaries, and the presumptive Democratic nominee does not inspire confidence among many of the party’s grassroots base.

“There is a reason that Joe Biden had his first fundraiser at Comcast,” said Mitchell. “Comcast is very well connected to the Democrats.”

At least 19 states have passed laws making it more difficult for localities to build their own broadband networks.

Existing public broadband may be facing legal challenges as well. Ford cites a recent legal case where the courts ruled that Amtrak could not both regulate and compete against private railroads, a precedent he said could work against public broadband.

“Based on that logic, we are one lawsuit away from the basic extermination of municipal broadband,” he said. Ford believes that public/private partnerships and public subsidies for private companies are more workable ways to bridge the digital divide.

Public-broadband advocates do not see the lawsuit as a serious threat, given that the Federal Communications Commission — not localities — regulates the internet.

And, if Arkansas is any indication, the tide may be turning in favor of public broadband. In 2011, Arkansas banned cities and towns from building their own municipal broadband systems. But after massive constituent complaints about lousy internet service — and failure by the telecom giants to expand their broadband infrastructure despite the generous subsidies being offered — events took a dramatic turn.

In February the state legislature repealed the ban on municipal broadband, a repeal the governor has pledged to sign into law.

Arkansas is not alone. In 2005, after lobbying by the cable and telecom companies, Colorado passed a statewide ban preventing cities, towns, and counties from controlling local broadband services. However, by late 2018, more than 120 cities, counties, and municipalities around Colorado voted to opt out of the ban.

While not all of those localities have followed through with building their own public broadband systems, they have given themselves the option to do so.

If Arkansas and Colorado are bellwethers, the future expansion of municipal broadband may well be decided by how effectively grassroots consumers can overcome powerful cable and telecom interests.