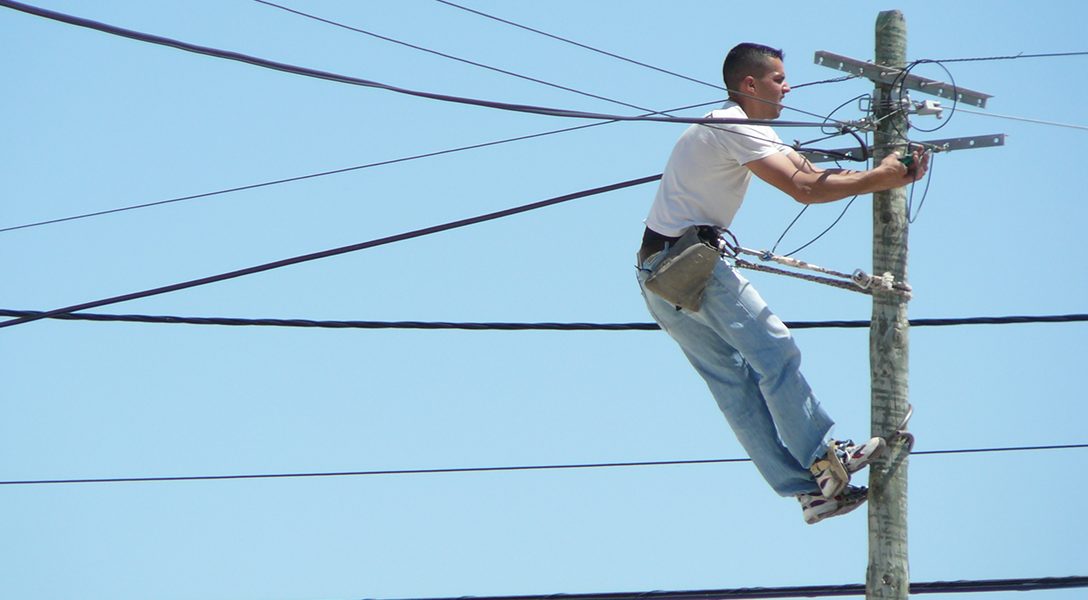 Customers served by slow DSL lines are often captive to single internet providers who are no longer investing to improve that service. These providers have generally raised rates for the same service that often does not meet FCC standards for broadband. Photo credit: Pierre / Flickr (CC BY-ND 2.0)
Editors' Picks

CNN’s Jake Tapper reports on the Saudi airstrike in Yemen that hit a school bus and killed dozens of children.

The author writes, “Current CIA director Gina Haspel described graphic acts of deliberate physical torture including the waterboarding of a suspected Al-Qa’ida terrorist under her supervision when she was chief of base at a CIA black site in Thailand in 2002, according to declassified CIA cables — most of which she wrote or authorized — obtained by the National Security Archive through a Freedom of Information Act lawsuit and posted on the Web today.”

A new plan shepherded by National Security Advisor John Bolton is turning up the heat on Russia. This deal was supposedly made without President Trump’s knowledge, and weeks before the NATO summit even began — though he has not condemned the plan.

There’s a bromance brewing between President Trump and Deputy Attorney General Rod Rosenstein — who is technically head of Robert Mueller’s Russia investigation. Who knows what will happen next.

NASA Is Sending a Probe to the Sun (Kirsty)

It will fly at speeds of 430,000 mph, and reach temperatures of 3 million degrees celsius. That’s a summer trip worth reading about.