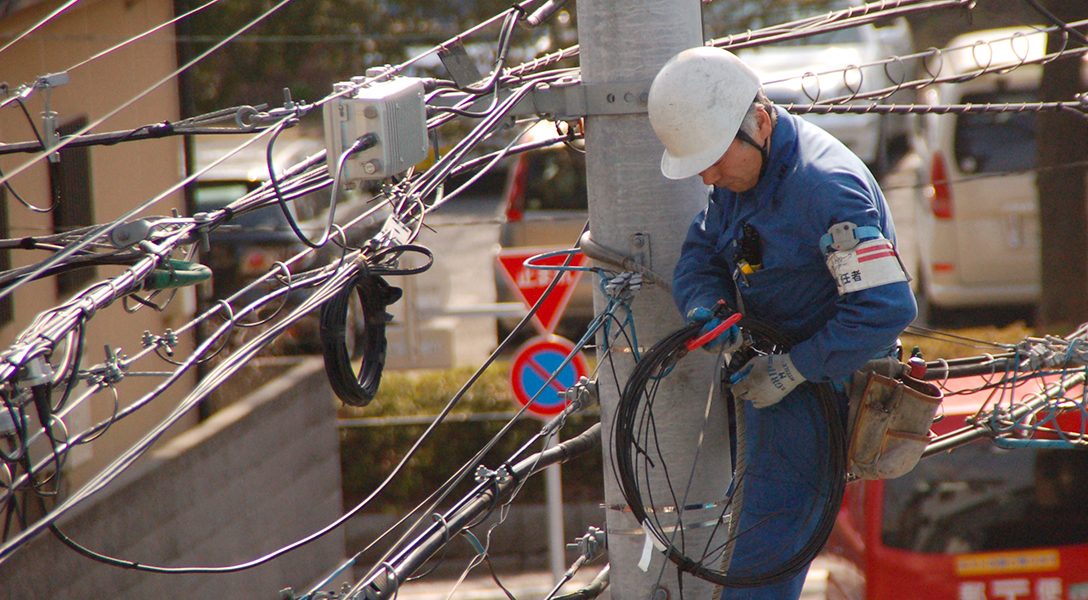 One of the promises then-candidate Trump made on the campaign trail was a big infrastructure spending package. This initiative is something he is still pursuing, but it is uncertain what it may include, and whether an extremely important infrastructure puzzle-piece — a high-speed fiber optic internet for all — will be included.

This is one area where the US is not keeping up with the rest of the world. Unless this shortfall in internet access is remedied, it could seriously impede the nation’s ability to compete in the international marketplace.

“We are in such a bad state in America when it comes to internet access,” says Harvard Professor and author Susan Crawford in this week’s video, “and we don’t travel so we don’t see the other countries that are doing this really well.” In Finland, South Korea, and Taiwan, she said, “they never wait, everything works, it’s cheap, there’s tons of competition and we could have gotten there but we have made a bunch of policy mistakes over the past 20 years.”

These countries have managed to replace old copper telephone wires with new glass-fiber optic cables, which can transmit signals significantly faster than the old technology.

Crawford puts a high value on this change, and has written in her new book that “fiber plus advances in wireless capacity is as central to the next phase of human existence as electricity was a hundred years ago.”

So why hasn’t this change happened in the US? There is no competition, or regulatory incentive for monopolistic companies like Comcast to upgrade their current cable infrastructure to fiber optic. “They are accountable to their shareholders, and their shareholders want to keep those returns as high as possible,” says Crawford. “It’s a good deal to be a private monopoly.”

Because most Americans haven’t traveled to Japan or Iceland, they don’t realize what they’re missing. But the new 5G wireless systems that are on the horizon will need a strong, fast internet, or they just won’t work.

No national politician or movement to champion citizens’ needs has come forward as yet, but grassroots operations have sprung up to provide fiber optics to over 700 communities and towns across the US, such as Chattanooga, TN. It has the fastest internet in the country — offering its citizens a download speed of one gigabit per second (Gbps), compared to the far slower national average of 25.86 megabits per second (Mbps) One gigabit equals a thousand megabits.

How was this possible? The municipally-owned Electric Power Board of Chattanooga (EPB) made the far-sighted decision to replace the old copper system with fiber optics in 2010. It was not a decision without risk, but EPB President David Wade explains that initial risk has given way to healthy reward.

“Contrary to the fears some had about us spending power funds to pay for this service, our power rates are actually seven percent lower than they otherwise would be because of our fiber optic network and the business it has generated for us.” Not to mention the extremely fast internet speeds for over 100,000 Chattanooga businesses and homes.

This week’s video shows Crawford being interviewed on PBS.