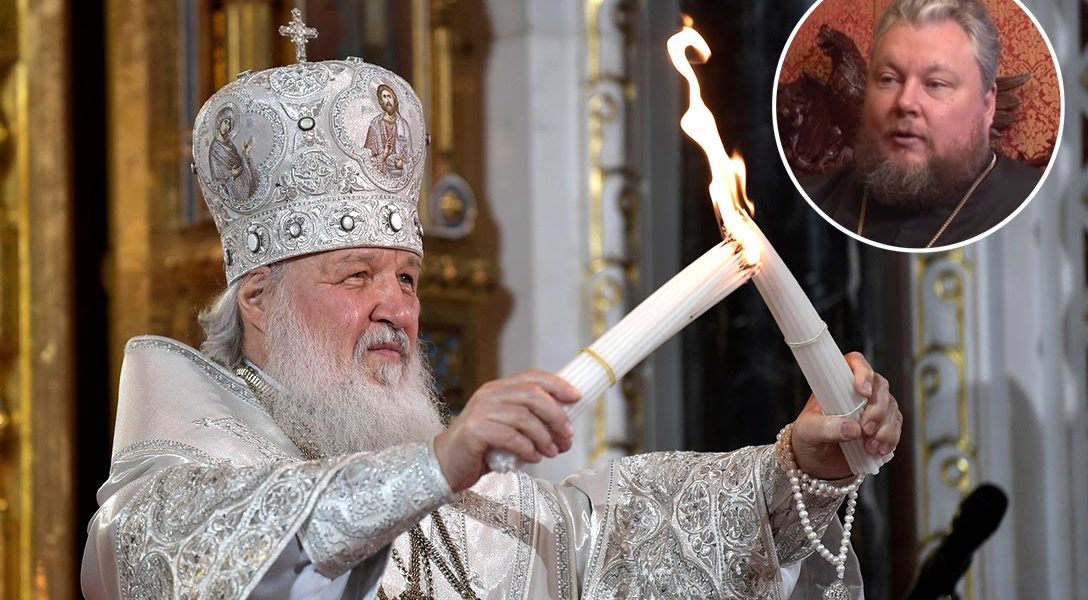 In the US, some Catholic and evangelical groups are pushing back against state and local public health restrictions. They are asking for “religious liberty,” so that churches can reopen as soon as possible.

In Russia, Ukraine, and Belarus, many churches have been conducting services as if the pandemic doesn’t exist. This has clearly threatened the health of worshippers. But what Russian Orthodox church leaders do or fail to do during the pandemic has even more importance. These leaders have become powerful players in the Russian state and its bordering countries.

More than 20 years into Russian President Vladimir Putin’s rule, the church has become an indivisible part of the Russian state. And as the Kremlin tilts toward belligerent, anti-Western jingoism, Moscow Patriarch Kirill provides a rallying cry.

The “Russian world,” according to Kirill’s ideology, is a Slavic, Orthodox “civilization” distinct from the West and its liberalism. This “world” includes mainly Orthodox Ukraine and Belarus, which, Kirill asserts, must “reunite” with Russia — a goal that was to an extent advanced when his clerics helped Russian troops negotiate the surrender of Ukrainian military bases during Crimea’s 2014 annexation.

In exchange for his vocal support for Putin’s geopolitical agenda, Kirill’s church enjoys state funding, tax breaks, and protection from the persecution that rival Christian denominations are subjected to. The Kremlin has also allowed restitution of Bolshevik-confiscated property, and the church thereby gets to pick the most prized buildings and real estate, even those hosting museums, theaters, or schools — or which belong to other denominations.

Following Putin, who initially responded to the pandemic with strong containment policies, Kirill recommended to clerics in tens of thousands of churches in Russia, Ukraine, Belarus, and elsewhere that they close their doors during the coronavirus pandemic and livestream religious services instead. But many church leaders rejected his advice.

And when some Russian Orthodox clerics kept their churches open, the public health consequences were enormous.

“We completely remove the acts of God if we say, ‘Let’s close the churches,’” the full-bearded, burly 48-year-old told the Pravda.ru website. “So, God does not act in a church? Is God’s grace limited by something?”

He became the pandemic’s first known fatality within the Russian Orthodox Church.

These days, the coronavirus pandemic has nearly paralyzed the church in Russia, Ukraine, and Belarus. Hundreds of hierarchs, clerics, seminarians, nuns, and monks have contracted the coronavirus, according to observers, officials, and media reports, and at least a dozen have died.

Most of the infections seem to have occurred during Holy Week and the hours-long Easter services on April 19, which turned churches into giant petri dishes as unmasked clerics and choristers ignored social distancing protocols. Many believers, already weakened by the 40-day Lenten fast, took communion from unsterilized spoons and lined up to kiss icons that are usually not wiped clean.

The pandemic struck the church’s largest administrative centers, monasteries, convents, and seminaries, whose heads did not limit or ban public access to services. Clergy members found support among conservative, nationalist members of their flock, who continue to dismiss the risk posed by mass gatherings.

“The main reason [for the outbreak] is the COVID-skepticism that is typical not only of the Church, but of the wider public in Russia and ex-Soviet republics,” Germany-based church expert Nikolay Mitrokhin, who has extensively studied the outbreak, told WhoWhatWhy.

“It is mostly based on their wish to do everything in opposition to the ‘cowardly and panicking’ West.”

The clergy’s reluctance to ban the public from Easter services may have also been “motivated by greed, a reluctance to miss the most profitable weeks of the church calendar,” Mitrokhin claimed.

Although the church runs hundreds of tax-free businesses, including publishing houses, hotels, jewelry stores, and farms, many clerics live on meager salaries and rely on donations.

Their lifestyle also makes them more susceptible to COVID-19.

“Because of regular fasts and long services, unhealthy food, unlimited work hours, little sleep and lots of booze, by [the age of] 50 or even 40, they get chronic conditions such as diabetes, thrombophlebitis, hypertension, shortness of breath and obesity,” Mitrokhin wrote on Facebook.

In Russia, many churches defied Kirill’s recommendation and violated the nationwide quarantine policy, holding Easter services in 43 out of 85 regions, the Interior Ministry said.

In 15 regions, social distancing and mask-wearing were not obligatory, according to Czargrad TV, a television network funded by “Orthodox oligarch” Konstantin Malofeyev, who is recovering from COVID-19.

Russian President Vladimir Putin had extended Russia’s quarantine policy to May 11 as COVID-19 cases surged, although recently he announced a gradual exit from strict quarantining, while retaining restrictions.

Outside of Russia, large gatherings have also been cause for concern. In contrast to Putin, Alexander Lukashenko, the authoritarian president of neighboring Belarus, remains a fervent COVID skeptic. On May 9, the country held a massive Victory Day parade with tens of thousands of people lining the parade route celebrating the end of World War II.

Lukashenko claims that vodka and a sauna are the best cures, and has refused to impose a quarantine in his nation of 10 million.

His friend Andrey Lemeshonok heads the giant St. Elizabeth’s Convent in the Belarusian capital, Minsk. More than a hundred nuns have gotten infected there since March, but Lemeshonok barred them from using phones or the internet, according to insiders.

He claims that at least three more Belarusian monasteries and a seminary have been struck by the pandemic while the government resists introducing more stringent containment policies.

In Ukraine, the administration of Volodymyr Zelensky has extended quarantine measures and urged Ukrainians to avoid church services and other large gatherings. But these restrictions have put the government at odds with the Russian church’s local branch, which operates thousands of parishes, rejects ecumenism, and revels in doomsday fatalism, analysts say.

“A public admission of fear of the virus will erase its difference from other churches,” Kiev-based observer Aleksey Kushch told WhoWhatWhy. Up to 200 monks and staffers of the Pecherska Lavra, a 1,000-year-old human anthill of cathedrals, cave churches, and cemeteries in the Ukrainian capital, Kiev, have gotten sick, and three have died, Bishop Kliment told local media.

On March 13, the Lavra’s top prelate urged his flock “not to be afraid of anything” and to keep going to church, fasting, and taking communion. By April 5, he reportedly had been infected, and the Lavra closed for quarantine.

Two other Ukrainian monasteries did not close, despite infections, and now face investigations, officials said.

Here are some official figures — which are not necessarily reliable — on those affected by the coronavirus, as of May 12:

It is impossible to find out how many of them contracted the infection in churches.

But Russia’s largest monastery, the St. Sergius Lavra — and its “company town,” located 30 miles northeast of Moscow — provides an example of how the virus spread outside religious institutions. Some 1.2 million pilgrims flock annually to the Lavra’s onion-shaped domes, white-walled buildings, and the grave of St. Sergius, a 14th-century friar who “predicted” the transformation of the tiny principality of Moscow into modern Russia.

“Do not fear the new coronavirus infection, for one has to be afraid of the One who can destroy both soul and body in hell,” the Lavra’s head said on March 20, quoting Matthew 10:28.

None of the believers, priests, or choristers were seen wearing masks during the Easter service in the Lavra’s main church.

A week later, a nearby seminary, the main source of choristers, said 52 students and staffers had gotten the coronavirus and nine had been hospitalized.

On that day, Russia’s infection ratio was one per 624 Russians, and almost half of those cases had occurred in Moscow. In the Lavra, although it is not far from Moscow, the rate was four times higher: one infection per 157 residents.

The Lavra’s press service was not available for comment.